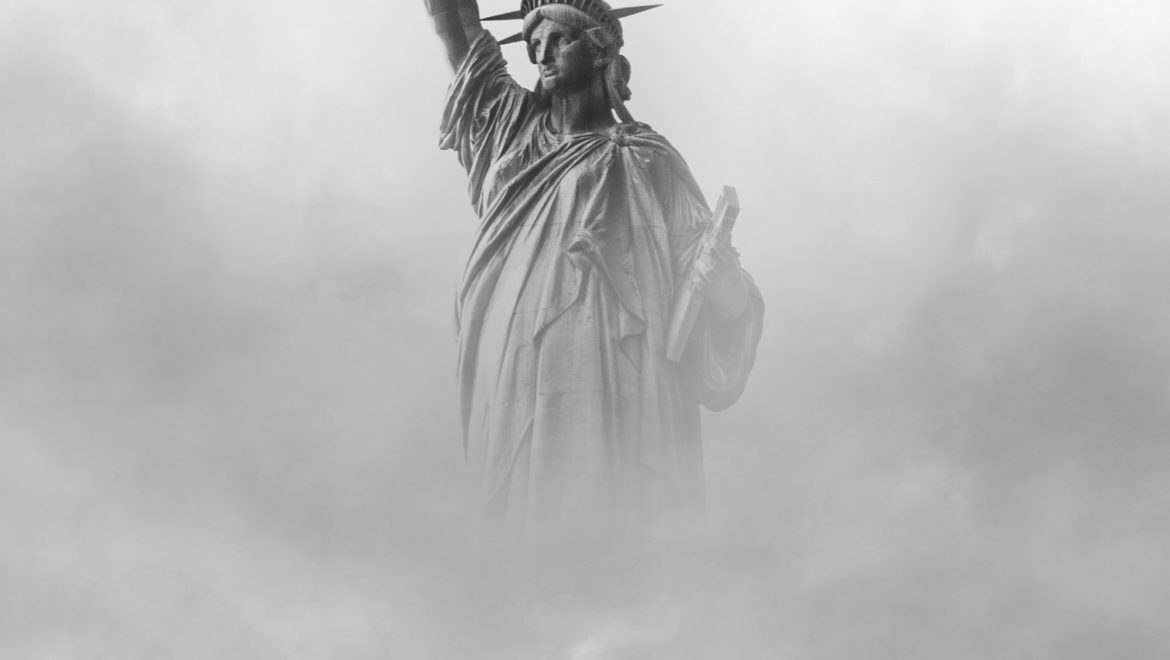 With one month to go before the election, America is more divided than it has been since the late 1960’s when Vietnam, racial unrest and generational hostility roiled our country. Today’s strife is complicated, but for the sake of ease can be boiled down to those who support Donald Trump and those who oppose him.

These six quotes from George Washington, Abraham Lincoln and Martin Luther King, Jr. can serve as a roadmap for a way out of the fiery cauldron of bitterness America finds itself in.

“Citizens by birth or choice, of a common country, that country has a right to concentrate your affections. The name of AMERICAN, which belongs to you, in your national capacity, must always exalt the just pride of Patriotism, more than any appellation derived from local discriminations.”

What he’s saying: America’s first president, the greatest patriot in our history, is saying that Americans owe their highest loyalty to the greater good of the country, not to any one person, issue or parochial interest. This is what’s missing in today’s political arena. People are choosing party over country, person over country and issue over country. That has to end if America is to endure.

“We should never despair, our Situation before has been unpromising and has changed for the better, so I trust, it will again. If new difficulties arise, we must only put forth New Exertions and proportion our Efforts to the exigency of the times.”

What he’s saying: Washington wrote this in a letter to one of his military subordinates in 1777 at the height of the Revolutionary War. What both sides of the political divide can take from this is the optimism and strength at the heart of this American experiment. We all have to be mindful that America has endured dark periods before, most notably a bloody civil war, but has always emerged and gotten itself back on track. In other words, we can never give up on America.

“I don’t like that man. I must get to know him better.”

What he’s saying: This quote goes to the heart of our political divide today. Most people who support and oppose Trump harbor tremendous ill will toward each other. But the fact is, they don’t even know each other. Why? Mostly because they live in different parts of the country. Trump supporters mostly populate the South, parts of the Midwest and the mountain West. Trump opponents hail from both coasts and parts of the Midwest.

In my Hollywood years I created a reality television show that put red and blue state people together for a few days to get to know each other and see if that didn’t bring out the humanity in both. Alas, the show was not picked up.

The point is, seek out someone from the other side and make an attempt to get to know them better. You may not agree with their views afterward, but you will in all likelihood understand and like them more because of the effort.

“We are not enemies, but friends…Though passion may have strained, it must not break our bonds of affection. The mystic chords of memory will swell when again touched, as surely they will be, by the better angels of our nature.”

What he’s saying: Lincoln appeals here for Americans to dig deep within themselves to find the ‘better angels of our nature.’ We all have the ability to choose moderation over extremism, restraint over passion and calm over anger. What America needs most of all right now is for its citizens to summon the strength to fight against their darker passions and allow the better angels of their nature to shine through.

What he’s saying: King is saying that we Americans have a choice: We can swallow some pride and offer an outstretched hand to our political opponents or we can align with our lower selves and remain in our bitter corners. The former will bring a rejuvenated America with a limitless future while the latter will throw our great country deeper into the abyss.

Whether you’re fighting with your spouse, sibling or best friend, the best resolution always comes when both parties show some measure of humility. This is what America needs most in the coming weeks and in the years ahead. A national renewal fueled by millions of Americans choosing their country over their feelings. A healing propelled by our choosing to listen to the better angels of our nature.