Constantly Getting Knocked Off the Spiritual Horse? Create a Go-to Catchphrase 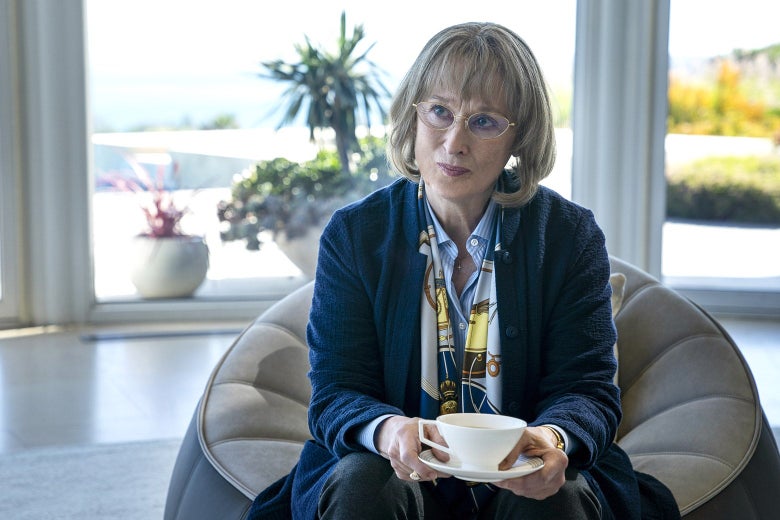 Anybody who’s fighting the good fight on the path of spiritual growth is going to get knocked off the horse, and usually on a daily, if not hourly, basis.  Example: You’ve been doing well with your meditation and mindfulness practices, but then your mother-in-law (think Meryl Streep in HBO’s Big Little Lies) throws you a passive aggressive left hook about your son’s table manners.  You either: A) explode at her, or, more likely, B) pass it off as if you didn’t hear it, but seethe inside. Your present moment awareness bids adieu as your mind takes over and settles in for an evening of thought churn that alternates between fantasies of smacking your mother-in-law in the face and pushing her over a cliff.  It doesn’t have to be that way!  An effective way to get yourself back on the horse quickly is to have a Go-to spiritual catchphrase at the ready.

What is a spiritual catchphrase?  Let’s use the example above.  Right after Meryl lobs her verbal grenade this person could say to herself, “Notice your breathing.”  Or “Accept this moment exactly as it is.”  Or “Surrender to the flow.”  The list is endless.

I came up with this in my own life because I kept finding myself in situations where something would happen (my kid melting down, problems with my website, an argument with my wife) and the next thing I know the rest of the day I’m uptight and off.  And if two or three of those things happened in close succession, forget about it.  My day was toast.  As somebody who dove head first into the spiritual “ocean” several years ago, I had many little phrases that I’d go to in a pinch.  But I found that when I was mired in some tough situation, it felt overwhelming to figure out on the spot which one of these might help me at that time. So I decided to do the obvious: pick one that is foundational to my specific life situation and stick with it. Mine for the past several months has been, “Be present and trust in life.”  That sentence re-grounds me after being hit with virtually any adverse situation (for reasons too in-depth for this piece, but I’ll get to it in a later one).

The central reason for creating a catchphrase isn’t to avoid getting your buttons pushed.  Eliminating our core/button pushing issues will come only after many years of spiritual practice.  But most of us, including yours truly, are not Dalai Lama, serenely invulnerable inside. So the reason we mere mortals need a spiritual catchphrase is to minimize the amount of time we spend on the ground after being thrown off the horse.

In the example above, our poor protagonist loses an entire evening (and possibly a full night of tossing and turning in bed) due to giving in to her reactive mind.  If she had just immediately walked to another room and said her catchphrase to herself, “Notice your breathing.” a few times, she probably could have gotten back on the horse in a few minutes.  See how important this is?

But how do you create your own spiritual catchphrase?  It’s not that hard.  You just have to do it.  The obvious and most important thing to do is come up with something that is central to your current life situation. If your core issue is a feeling of overwhelm and chaos due to a combo of work, kids and managing relationships, something like closing your eyes and breathing with the words “Slow…down” might work.  If your base issue is tension and stress arising from being a control freak, maybe “Surrender to the flow of life.” would be effective.  If your root issue is just persistent, generalized, low-level anxiety, “Accept this moment exactly as it is.” or “Don’t resist what is.” could work.

Two things to keep in mind when creating your catchphrase.  First, keep it short.  Five or six words max.  You want your catchphrase to be easy to conjure from your noggin when stress/a pushed button arises.  Second, try just one catchphrase at a time.  If it’s not resonating after a few weeks or months you can switch it up. But it will be much easier to deploy this weapon on the spiritual battlefield if it’s not competing with other phrases circling around your mind.

Life can be tough. Incorporate this easy practice into your life and it’ll be less so.