4 Einstein Traits That Led To His Colossal Success 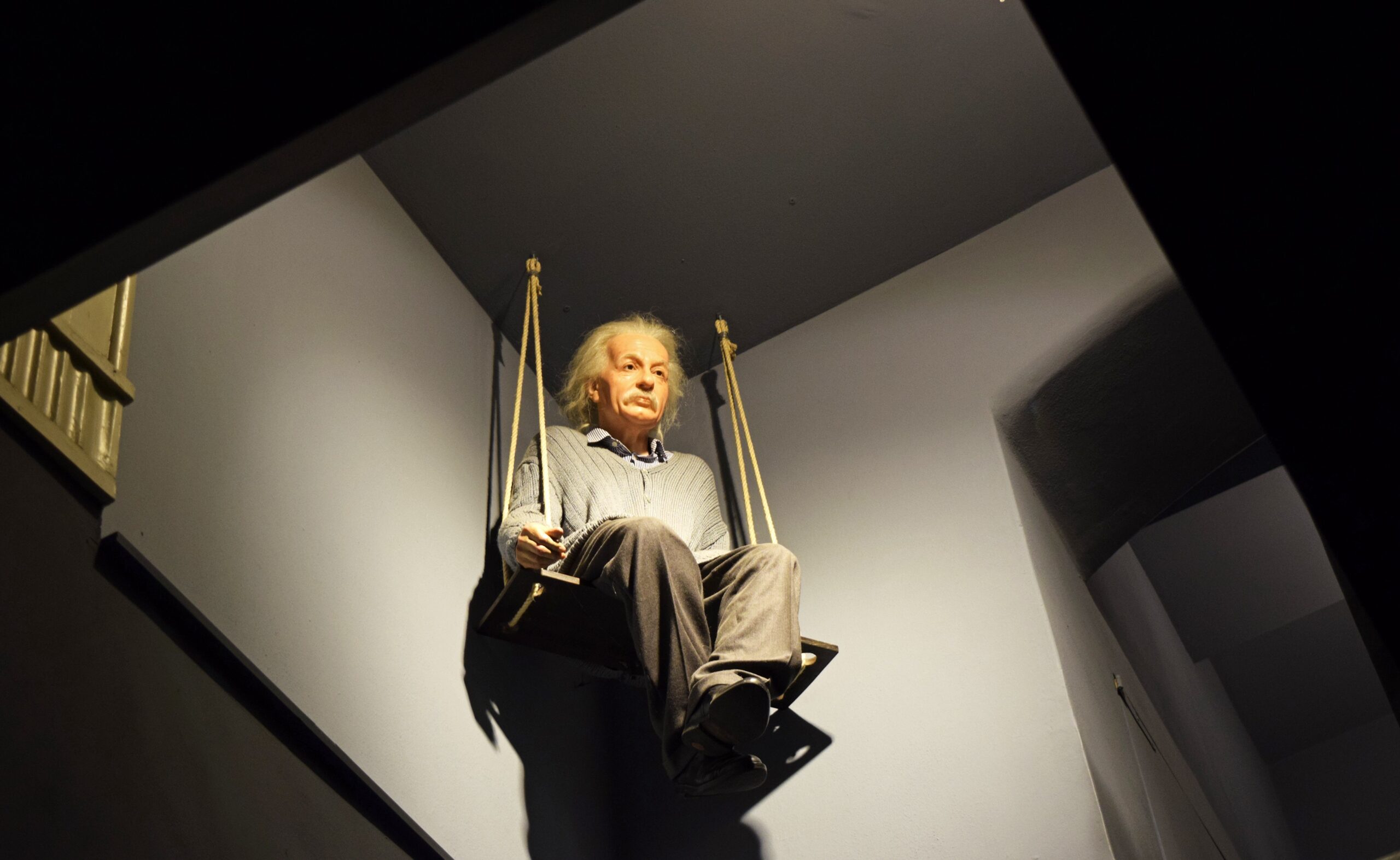 Albert Einstein is considered by many to be the most brilliant human being ever to grace planet Earth. But most people jump to inaccurate conclusions regarding the elements of Einstein’s genius. They think of him as that humorless, grinder in high school who had his nose in books six hours a night and had no life.

Not true. Einstein’s massive success was not due to mirthlessly pounding out the elbow grease. It was due to four traits that ALL of us would do well to incorporate in our lives, not only for success in our careers, but for overall contentment.

What are these four traits?

Most central to Einstein’s success in science was his reliance on creativity. While most physicists and mathematicians began their work writing down equations in notebooks or on chalkboards, Einstein did most of his work just sitting in a chair doing thought experiments in his head.

For his theory of general relativity, for example, he imagined things like a person falling off a roof, accelerating elevators and blind beetles crawling on curved surfaces. It was only after he’d done those experiments that he would translate his findings to equations and the like.

Einstein stressed the importance of creativity in several of his writings and statements, including:

“The true sign of intelligence is not knowledge but imagination.”

“I never made one of my discoveries through the process of rational thinking.”

“Imagination is the highest form of research.”

True, transcendent genius derives from the mysterious, intangible creative force that people like Einstein tapped into. In fact, I honestly believe Einstein had more in common with Beethoven, Orson Welles and Picasso than he did with physicists like Niels Bohr and Max Planck.

A profound belief in a divine presence underlying the universe served to remove any limitations on Einstein’s scientific pursuits. Einstein’s melding of physics with metaphysics resulted in work that transcended that of all other scientists coming before him.

Einstein’s words express this better than I ever could:

“Everyone who is seriously involved in the pursuit of science becomes convinced that a spirit is manifest in the laws of the Universe, a spirit vastly superior to that of man, and one in the face of which we with our modest powers must feel humble.”

“Look deep into nature, and then you will understand everything better.”

“The scientists’ religious feeling takes the form of a rapturous amazement at the harmony of natural law, which reveals an intelligence of such superiority that, compared with it, all the systematic thinking and acting of human beings is an utterly insignificant reflection.”

We’ve all heard this one. You have to work hard to succeed. But with Einstein it wasn’t so much about working hard as it was persisting on the scientific questions he was tackling. As he put it:

“It is not that I’m so smart. But I stay with the questions much longer.”

“You never fail until you stop trying.”

I saw this firsthand with an older brother of mine, now an orthopedic surgeon, who was great at math and physics growing up…And also fixing things. All of which I wasn’t good at.

But I realized in adulthood, when I had kids and a family and sometimes HAD to figure out how to fix things, that the key to it is pretty simple: You just have to have patience and persist until you find the answer. I wasn’t so much stupid as I was impatient.

Einstein had this patience and persistence like no other and it was an essential component of his success.

In many ways Einstein was the opposite of what one would think a brilliant scientist would be — serious, humorless and stern. In reality, he was fun, playful and humorous, someone who cherished not taking himself too seriously. He once said:

“Play is the highest form of research.”

“When you are courting a nice girl, an hour seems like a second. When you sit on a red-hot cinder a second seems like an hour. That’s relativity.”

He also had a good sense of humor, saying things like:

“We all know that light travels faster than sound. That’s why certain people appear bright until you hear them speak.”

My take is that the lighter and less serious people take themselves, the greater is their access to the mysterious genius inside all of us. Why? Because that self that so many take so seriously is the egoic self which serves to block access to the sacred voice within, a voice that, judged by his groundbreaking work, Einstein heard loudly and clearly.

So the success of arguably the greatest scientist of all time rested on creativity, spirituality, persistence and lightheartedness. What does that mean for you? A lot!

Because anybody can be creative, spiritual, persistent and lighthearted. Would amping up those four traits make you the next Einstein in whatever field you’re in? Probably not, but maybe.

That’s not the point, though. Because creativity, spirituality (as YOU see it), persistence and lightheartedness, in addition to helping you be better in your career will do double duty in also making you more content.

When we tap into our creativity we allow God/the Universe/Nature to express itself through us such that we’re actually communing with the divine when doing it. That is simply awesome.

Spirituality allows us to be part of something bigger than us. Something eternal.

Persistence and effort yield feelings of satisfaction and mastery that come from hard work.

And lightheartedness, in my opinion, is simply indispensable to living a good life. Have fun, be playful and don’t take yourself too seriously. That doesn’t mean be irresponsible and blow off your work. It means that while pursuing your work and your life with creativity, spirituality and persistence, do so in a light manner. With a smile, not a scowl.

Einstein did all of these things and lived a life for the ages. As important, he seemed like a pretty content guy along the way.