5 Life Lessons I Learned From My Dad, Walter B. Gerken – The good, the bad and the funny.

David Gerken > Meditation > 5 Life Lessons I Learned From My Dad, Walter B. Gerken – The good, the bad and the funny. 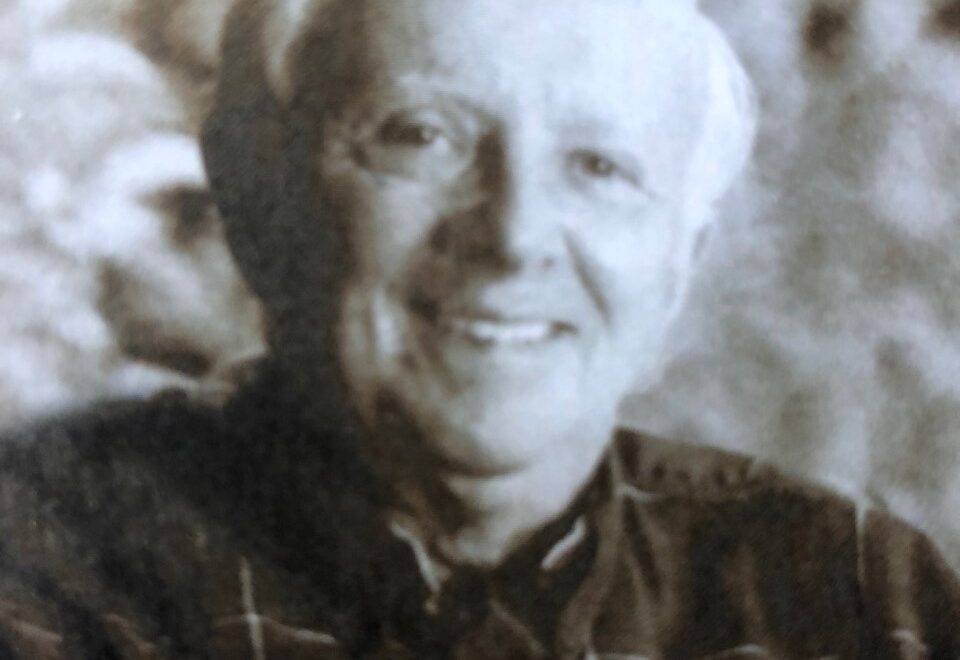 My dad was an advice geyser so paring this down to five lessons was no small task. Everything from driving (“Never back up farther than you have to.”) to tennis (“There’s no excuse for double faulting.” More on that later.) to dealing with difficult people (“Never take shit from anybody.”)

Born in 1922, he grew up in New Rochelle, New York. The central motivating factor in his life came when his dad lost any money they had due to his gambling addiction. The resultant economic ruin humiliated my dad and planted a seed of ambition in him that sprouted quickly and never stopped growing.

A quick Walter B. bio

After stints in the Wisconsin State Budget Office and Northwestern Mutual Life Insurance Company, he took a job in 1967 at Pacific Mutual (now Pacific Life — the one with the whale commercials). He became chairman and CEO in 1975, serving in those roles until 1986.

When he died in 2015, though, the New York Times and other obituaries treated his Pacific Life work as secondary. Why? Because in 1969, when he was the CFO of Pacific Mutual, he was instrumental in creating PIMCO, currently the world’s largest bond fund investor.

PIMCO was a subsidiary of Pacific Mutual in the beginning and for many years. My dad gave the reins of PIMCO to three young guns who worked for him at the time, Jim Muzzy, Bill Podlich and the legendary Bill Gross. That trio rode PIMCO to the heights of the bond world, which currently manages $2.2 trillion.

So that’s the Walter Gerken back story. Here are the main nuggets I learned from him.

1. INTEGRITY ABOVE ALL ELSE

This one stands head and shoulders above the rest. From my earliest days I can remember dad beseeching all six of his kids to be honest and do the right thing.

He was handsome, powerful and relatively wealthy, but I am absolutely certain that he never cheated on my mom in their 57 years of marriage. I remember him saying on several occasions growing up that the main reason he was faithful to my mom was that he knew he couldn’t live with himself if he ever cheated on her.

What Theodore Roosevelt said could easily have been said by my dad:

As a corporate executive, he adhered to the axiom: Don’t do anything you wouldn’t want printed on the front page of The Wall Street Journal.

I’ve done my best to follow dad’s lead on the integrity front. I’m not perfect, but I do sleep well at night, and always have. And it all started with dad’s example.

2. HAVE THE COURAGE TO TAKE CHANCES

In the summer of 1967 dad was offered the job at Pacific Mutual in Los Angeles. At the time, he was a VP at Northwestern Mutual Life in Milwaukee. NML was a highly respected company and he enjoyed working there. The problem was that he had risen as high as could get. The CEO job was out of his reach.

The other “problem,” was that he loved his life in Milwaukee. My parents had great friends, he’d been elected to the Milwaukee school board and he enjoyed living there.

Pacific Mutual had told him that the board didn’t see anybody currently at the company who would assume the CEO position. In other words, if he did a great job, he could make it to the top.

But there were lots of unknowns. He didn’t know anybody in California. And who knows what the people would be like at Pacific Mutual?

In the end, he decided to toss caution to the wind and head west. It turned out to be the second best decision he ever made — the best being his decision to marry my mom.

Speaking of which, my mom played a major role in dad deciding to take the job. She told him that, as ambitious as he was, he’d never forgive himself for not going somewhere that he had the chance to be CEO. But still, he made the call.

His example made it easier for me, in 2000, to pull up stakes and move from Washington, DC, to Los Angeles for a career in entertainment writing. I had an easy, lucrative life in Washington, but knew I had to give my creative side a chance. There hasn’t been a day that I’ve regretted that decision.

DAD: “Dave, be sure to put the trash cans out. It’s garbage day.”

SLAM! The door shuts and he traipses his way downstairs, dashes out the front door and into the backseat of his car where his loyal driver, Ed Reguero, waits patiently in the predawn darkness. Off they go to Los Angeles and whatever high-profile meetings await.

Me? My thought was always something like, “Are you F-ing kidding me?! Did you really have to wake me up for that? You ever hear of writing a note?!”

That’s what I mean by focusing on the little life stuff. Here he was, busy and stressed from his high-stress job, and he’s thinking about the garbage cans. He wasn’t developed enough to know it, but those little things helped him stay grounded.

He’d make a big deal out of picking something up off the ground and putting it in the trash. “If you’re the one to see it, pick it up and throw it away!” There are countless examples of this.

I picked up on this and ran with it in my adult life. I’m always putting dishes in the dishwasher and heading to the grocery store to keep us stocked with milk (my five year old still drinks it like it’s going out of style!) and other necessities.

And I love it. Keeping our eye on the little daily things strengthens our mindfulness. I credit dad for my doing that.

This one is different. This is one where dad’s example taught me what NOT to do.

Again, his driving force was to become “big” in the world because of what happened to his dad. And boy did my dad succeed in becoming “big.”

The problem is that he banked most of his self-worth on that “bigness.” “I’m CEO of a huge company. On the boards of several other huge companies. I know senators and governors and have met with presidents at the White House…” And on and on.

When he retired, all that eventually went away. He wasn’t Mr. Big anymore. And he didn’t handle it well.

I’ll never forget one glaring example of this. For decades, one of his board members used to send him a case of wine for Christmas. Once dad got off the Pacific Life board, the wine gift stopped coming. I remember him being visibly angry about this.

The lesson I learned was to not identify with positions, status or job titles. Just do your best work and let it go. And do your best to keep your ego out of the equation.

So as not to end this piece on a down note, let’s take it up a notch by diving into my dad’s love of humor. He used humor to lighten things up and not take himself too seriously. Most CEOs are sticks in the mud so dad was unique.

I remember many a morning walking by their bedroom and hearing my mom laughing uproariously, usually because of something stupid my dad did. I learned that humor, especially the ability to laugh at yourself and your spouse, is crucial to a healthy marriage.

Unfortunately for dad, 95% of the laughs he got were from being the butt of others’ jokes. He was the Rodney Dangerfield “Can’t get no respect” member of our family. Two golden oldies and then I’ll wrap up.

-Dad was a terrible athlete, which never stopped him from dispensing advice to his six kids who were all actually good athletes (thanks for the genes, Mom!). Way back when I was a little kid he played in his first tennis tournament. He was nervous as hell. His opponent was a guy with ONE arm (seriously) who could barely hit the ball with his one good arm. Dad lost 6–0, 6–0, which is the worst score one can lose by in tennis. Our family dined out on that one for the better part of fifty years.

-One day dad, two of my brothers and I played golf. Dad admonished us before we teed off that today we were to be on our best behavior. “No rancor!” he ranted. Translation: No teasing me about how terrible a golfer I am.

He hits a beautiful drive off the first tee and is all smiles as he barrels down the fairway. On his second shot, Dad takes his three wood back…and swings. But the club hits before the ball, goes over the ball and then hits the ground again. In golf that’s known as a “whiff,” and it counts as a stroke.

Upon seeing this, the three boys immediately fall on our backs and literally laugh uncontrollably. To this day, it might be the hardest I’ve ever laughed.

Dad, none too pleased, quickly hit the ball, charged on and did not say ONE word to us for the rest of the round. That’s four hours of silence!

My dad was a good man. For oodles of reasons, I was fortunate to win him in the ever-so-random Dad Lottery that none of us gets a say in. He died in 2015 at the age of 93.

Dad, I know you’re out there somewhere, somehow, in some form, reading this. Thanks for the lessons. May they rub off in ways big and small on those reading this article.