A Valuable Lesson That Sports Like Rock Climbing, Basketball And Skiing Teach Us

David Gerken > Uncategorized > A Valuable Lesson That Sports Like Rock Climbing, Basketball And Skiing Teach Us 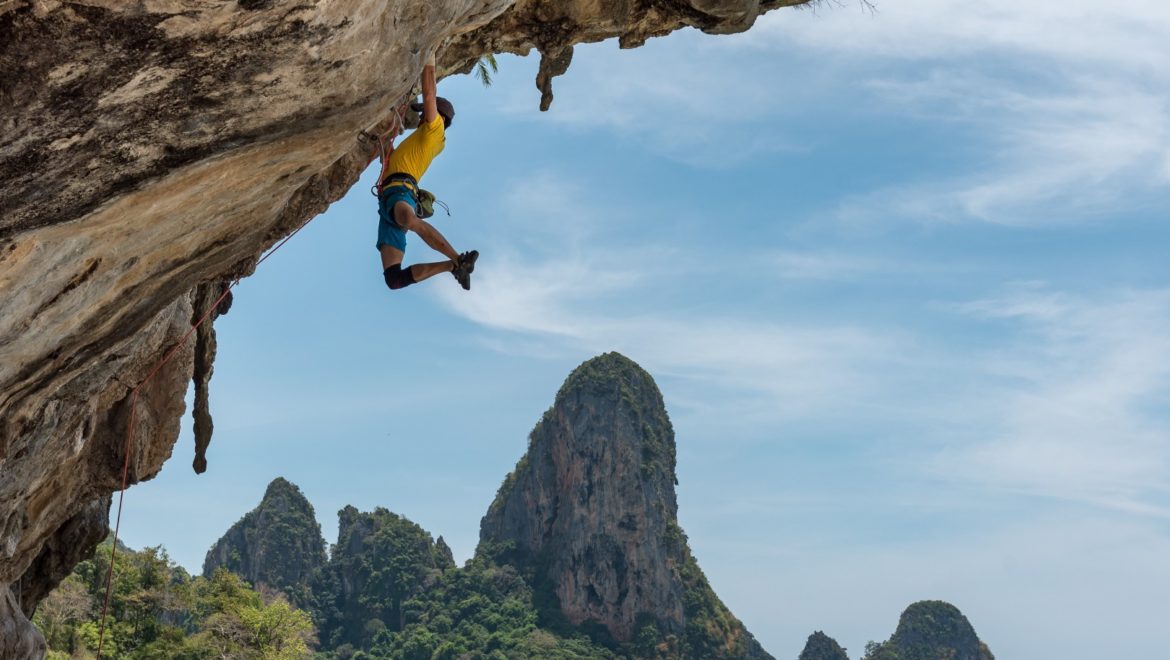 You’re climbing up a seventy-foot rock face. Each move you make requires pinpoint precision because one bad step could mean death.

So, what are you doing, and what are you NOT doing while on that rock? What you’re doing is locking in on every single moment. Your life depends on it.

What you’re not doing is thinking about the rent payment due next week. Or whether your boyfriend is committed to your relationship.

Same thing with skiing. When you’re gliding down that mountain your mind is completely locked in to every moment, every turn. One momentary lapse and you could break your leg…or worse.

Basketball, too. When you’re on that court you need to be dialed in or the guy you’re covering could slip right past you and score. If you daydream you’re toast.

Basketball as refuge for the mind

I’ll never forget Kobe Bryant back in 2004 when he was on trial for sexual assault. If convicted he was looking at significant jail time. You know what he said gave him the most relief during this period? Playing basketball. He said he would completely lose himself when playing and forget the serious predicament he was in.

The key point here is to ask this question: What is it about these types of activities that people love? To be sure, skiing down a beautiful mountain with postcard pretty scenery surrounding you is great in many ways. Same with rock climbing. You’re outdoors. You’re releasing feel-good endorphins from all the exercise.

But I posit that there is one aspect of these activities that could outweigh all others in the satisfaction people feel. It’s something most people don’t even realize they’re benefiting from. And that is, the present moment awareness things like rock climbing, skiing and basketball require.

Humans are happier when present

You don’t have to take my word for it, either. A 2010 Harvard study by psychologists Daniel Gilbert and Matthew Killingsworth analyzed the effects of mind-wandering on basic happiness.

They created an iPhone app that contacted 2,250 adult participants in the U.S. at random times during the day. Participants were asked three basic questions: 1. “How are you feeling right now?” (i.e., happiness level, scale of 1–10); 2. “What are you doing right now?” and 3. “Are you thinking about something other than what you’re currently doing?” (i.e., mind-wandering). In 47% of the samples, people were mind-wandering at the moment they were contacted. Amazing, right?

But the most important finding was that people reported being less happy when mind-wandering than when they were actually engaged in some present moment activity. And this is the kicker: It didn’t even matter if the activity they were engaged in was enjoyable or not.

Bottom line: When we’re engaged in the present moment, we’re happier. And when we’re off somewhere in the fog of compulsive, involuntary thinking, we’re less happy.

So what can we learn from this fact? First, do more rock climbing, skiing, basketball and lots of other activities that require your total attention.

Meditation gets you there, too

But more important, and the point of this piece, you don’t have to limit yourself to these activities to access the present moment. There’s a practice that’s been around for thousands of years that will help strengthen your ability to remain present in the everyday moments of your life. That practice is meditation.

Some of you may have heard meditation is brutally hard. Not true. The hardest part about developing a meditation practice isn’t the actual meditating. It’s getting used to sitting your butt in the chair and doing it until it becomes a habit.

Meditation itself is uber simple. All it is is sitting quietly and placing your attention on something happening in the present moment, like your breathing. Then when your mind grabs your attention and throws you into thought, you simply notice that that has happened and bring attention back to your breathing.

The mind loves to wander

Can that be difficult at times? Sure. For one reason: The human mind loves to wander. But like anything else, the more you meditate, the better you get at it.

You need to know, though, that the science has proven that to realize its transformative benefits, meditation needs to be done regularly. Stopping in at a meditation den every week or two isn’t going to cut it.

If you’ve wanted to give meditation a try but didn’t know where to start, I designed a simple program to help regular people develop a practice. You start by meditating for only two minutes a day then building gradually from there. It’s free and can be accessed at davidgerken.net.