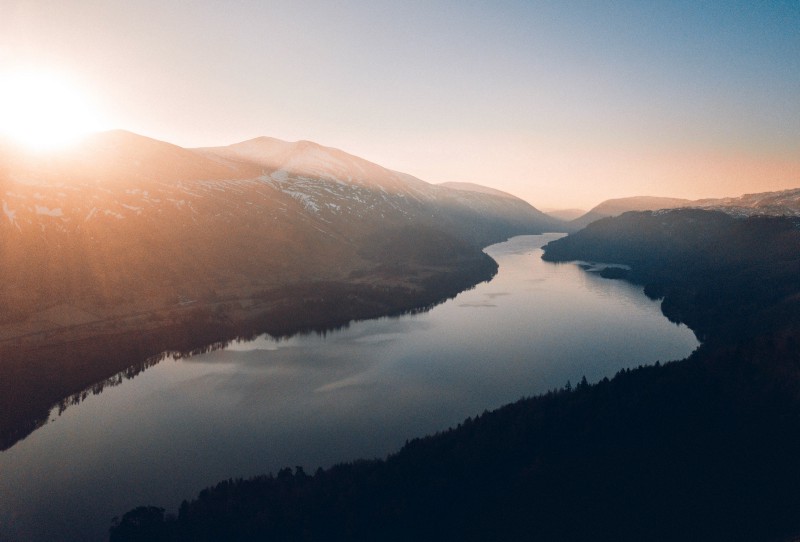 Mark Twain’s essay The Turning Point of My Life will take you fifteen minutes to read and could change the course of your life forever. Why? Because in recounting the events of his life that led him to a literary career, Twain teaches a universal lesson about how to live life. What is that lesson? Allowing your life to be governed by the marrying of fate and who you are at your core (what Twain calls temperament).

Twain wrote the essay in 1910 at the request of Harper’s Bazaar, which asked several prominent writers to relate the one incident in their lives that led them to the literary profession (here’s a free link to the essay: www.online-literature.com/twain/1324). At the outset, Twain calls BS on the question itself, arguing that there were several turning points that led him to a literary career, none more significant than the others. And, most important, every one of those turning points was random and dictated by fate.

Twain’s recounting of how he found the literary life offers a clear picture of how this can help you find YOUR way in life. Here it is.

A measles epidemic changes everything

Twain gives the lion’s share of credit for becoming a writer to a measles epidemic that ravaged his small Iowa town when he was twelve. What? Yes. With his father recently deceased and his mother carrying the burden of the family, a measles epidemic killed several people in town. Twain was cooped up inside for weeks and worried constantly that he would be the next to get sick and die. One day he couldn’t take it anymore so he fled the house and jumped into bed with a friend who was dying. He just wanted to end it. Sure enough, he got sick and for the next two weeks was on the verge of death. Fortunately, he survived.

But his mother was so upset with him that she took him out of school and apprenticed him to a printer. For the next ten years young Twain traveled around, as printers did, and worked on setting several books. One of those books, about the Amazon River and its exotic birds and animals, captivated him. He resolved that he would go there once he had enough money.

Soon thereafter, fate stepped in when he found a fifty-dollar bill on the street, a lot of money in the 1850s. He advertised his find, but nobody claimed the money so he hopped on a riverboat and headed down the Ohio and the Mississippi for New Orleans where he planned to catch a ship to the Amazon. Upon reaching New Orleans he quickly found out that there weren’t any boats heading to Brazil. Ever. Oops.

Falling in love with the Mississippi

But on the trip South Twain fell in love with the Mississippi. The riverboat captain had taken him under his wing and taught him how to pilot. So Twain became a riverboat pilot. And loved every minute of it. Until fate intervened again when the Civil War broke out and the boats stopped running.

Around that time, his older brother got a job in the Nevada Territory government and asked Twain to join him. This time Twain’s dream became striking it rich in the silver mines. But he spent his spare time writing and sending articles to the Virginia City Enterprise newspaper. After printing and reading so many books the previous ten years, Twain learned about good and bad writing and decided to give it a try just for fun. The Enterprise was so impressed with his writing that they hired him. Thus started a journalism career.

Not long after, the Sacramento Union sent Twain to the Sandwich Islands in the South Atlantic to write about sugar. The quality and style of his writings there thrust him into the top echelon of journalists in Northern California.

That led to the San Francisco Alta sending him on a five-month trip to Europe and the Holy Land in 1867. Upon his return, Twain was asked to write a book about his travels. Two years later he published The Innocents Abroad. He was now officially an author, something Twain credits to getting the measles at age twelve.

The relevance of all this to people living in 2019 is obvious: most of us plan too much, analyze too much and just plain THINK too much. Everybody’s a control freak these days. And what does that do? It takes the universe, god, nature, fate, whatever you want to call it, out of the equation of your life. Which often leads to an antiseptic and flat journey through life.

Most of us 2019ers, were we put in Twain’s shoes, would’ve read that Amazon adventure book and said, “Wow. That is so cool. But Brazil is too far away and I don’t have any money so…oh well. I’ll always have the book.” Or if they’d found the fifty-dollar bill they would have done the “prudent” thing and put it in the bank for a rainy day. Or if they did strike the intrepid course and head for the Amazon, they would’ve written all kinds of letters inquiring about shipping schedules, etc. that would have taken several months after which time they’d be off to something else.

So what’s my recommendation to every single person reading this article? Live like Twain did! Be spontaneous, adventurous, impetuous. This is all Twain did: be himself, live in the present (i.e., no thinking about the past or future) and allow fate to be the riverboat transporting him through life.

Now Twain had two huge advantages that made it easier for him to live like this. First, he described his temperament as someone who “does things and reflects afterward.” That’s a hugely helpful trait. And second, his father was not the governor of Iowa putting pressure on him to go into politics. Or a farmer leaning on him to take over the family farm. Twain was left to his own devices at age thirteen. So the combination of Twain’s temperament and his life circumstances made it relatively easy for him to pursue this life of adventure.

What about you? Do your parents have a restaurant they expect you to take over some day? Is your father a Harvard trained lawyer at a blue chip law firm in Manhattan who expects you to follow a similar path? Or maybe you just feel pressure from society in general to “stand out,” “be a big deal,” and “make it.”

I know from personal experience how powerful those forces can be in preventing one from following the Twain path. I was the youngest of six kids and my father was a mega-successful Fortune 500 CEO. My siblings all went to Harvard, Stanford, Wellesley and Wesleyan and I felt huge pressure to live up to this impossibly high standard. I somehow squeaked into Princeton then spent the next three decades trying to be “big,” first as a political aide in Washington, DC, then as a writer in Hollywood. But the truth is I never felt quite right inside.

An implosion in Hollywood puts me on the Twain path

What got me on the Twain path? My Hollywood career imploded, which resulted in me imploding. I had two kids under age four, a mortgage that was under water and no money coming in the door. I tried meditation as a way of helping me through the days. And it worked. I felt better, calmer and less depressed.

As I read more, went to meditation and mindfulness conferences and really got into it, three things occurred to me: meditation is profoundly beneficial for anybody who does it, not many people do it regularly and it’s not that difficult. As a result, I decided to devote myself to spreading meditation and mindfulness as far and wide as I can. Fate gave me something to help me through a tough time and that became my life’s work.

[By the way, if you’re not meditating, PLEASE give it a try. The peace it will bring you is invaluable. Go to my website at davidgerken.net and download my free ebook Five Steps to a Regular Meditation Practice. The goal of the book is to make developing a practice as easy as possible.]

Be courageous and fight!

So what does it take to live a Twain-like life for someone in 2019 who feels all this familial and societal pressure? One word: Courage. You have to fight like hell for yourself. Some will wage that fight against their parents. Others will wage it against their peers. And others will battle an amorphous force coming from multiple aspects of society telling them they need a higher profile job, a better car and a bigger house.

But most of these fights will be fought on the battlefield of your inner self. Because your parents, peers and society have spent years residing in your psyche. So when you start thinking about leaving your job to spend a year in Paris working on the book you’ve always wanted to write, it’s going to roil your insides. And that’s when you have to fight. For yourself. And be as courageous as a warrior in combat, because you’ll be doing the same thing: Fighting for your life.

Be yourself and trust in life

But please trust me when I say that that battle is worth fighting! Because the Twain way of life is so much more fun, exciting and fulfilling than the worrier, planner way of the timid control freak. When all you have to do is be yourself and trust in life, the stress and anxiety just melt away. And remember this: You will never feel true peace inside until you fully accept and embrace who you are and then entrust your life to the universe, nature, god, or whoever or whatever you believe is running the metaphysical show.

So read this essay! Here again is the free link:

Print it out and keep it on your desk or bedside. Read it every so often if you’re feeling adrift or just want to be inspired. And fight for yourself! You, and the world, will be better for it.