Learn From Rembrandt: Success and Peace Come From Accessing The Spirit Within

David Gerken > Meditation > Learn From Rembrandt: Success and Peace Come From Accessing The Spirit Within 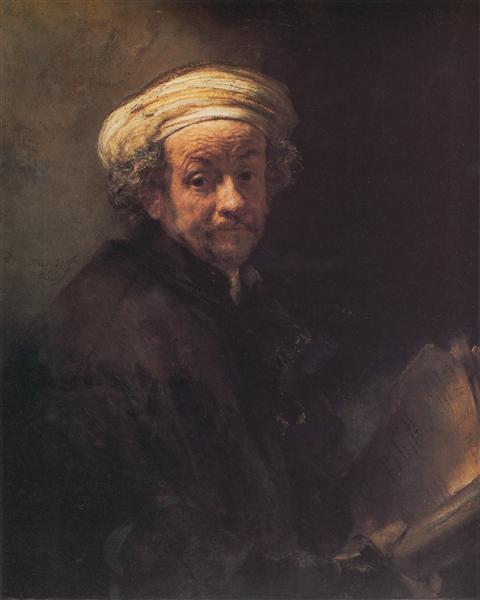 This self-portrait of Rembrandt hangs in my office. Why? It’s my constant reminder that connecting with the inner genius inside us all is absolutely paramount in life. Not just to achieve great things in your work, but also to lead a peaceful and fulfilling life. Call it inner genius, the spirit, the universe, the life force, chi, Shakti or God. Call it whatever you want. If you connect with it, and live your life through it, powerful and positive things will happen to you.

The reason I’ve chosen to focus on Rembrandt is that his work actually captured his deep connection with his spirit in his paintings. Meaning, you can literally see it. This is why Rembrandt is thought by many, including me, to be the greatest painter who ever lived. Not because he painted sublimely beautiful works like Raphael, Renoir, Monet and scores of others. No. Rembrandt, working in 17th century Amsterdam, is thought to be the best ever because he depicted the human spirit on canvas better than any artist in history. He was, by all accounts, a simple man whose towering accomplishments resulted from the direct connection he had with his soul.

So first I’ll show you, through three of his paintings, what I mean by Rembrandt capturing the spirit on canvas. Then I’ll recommend a practice that will enhance your ability to connect to your genius within.

A caveat: Trying to express in words Rembrandt’s rendering of the human spirit is not easy. As Vincent van Vogh wrote of his idol, “Rembrandt goes so deep into the mysterious that he says things for which there are no words in any language.” I’ll try…

The Apostle Paul: The painting portrays Paul, the second most influential person in Christianity, writing one of his letters to a congregation. Rembrandt’s most important tool in evoking the human spirit was his use of chiaroscuro, an Italian word meaning “light and dark.” Look at how the light on Paul’s nose, temple and forehead works to evoke a sense of profound contemplation in his eyes, which are shaded in dark tones. Rembrandt’s placement of the left hand on Paul’s forehead further amplifies the feeling of deep spiritual reflection. You look at this painting and know that Paul isn’t writing a letter to some buddy telling him how much fun he had on his vacation frolicking on the beaches of Corinth. No. Look at this painting and you get the sense that Paul is channeling God. That is genius. If you’re ever in Washington, D.C., do yourself a favor and go to the National Gallery of Art and see it first hand.

Portrait of Hendrickje Stoffels: Hendrickje was Rembrandt’s common-law wife from 1647 until her death in 1663. Rembrandt again uses light to draw your eyes where he wants them: on her face. The robe she’s wearing and the background behind are completely muddled and fuzzy, Rembrandt’s way of telling you they mean nothing to him. This painting is all about Hendrickje’s face. And what do we see there? I see a gentle, beautiful soul that Rembrandt loved deeply. How? What did Rembrandt do to elicit that response from me? Just like van Gogh said, it’s hard to put into words. All I can say is that this painting impacted me so much when I first saw it at the Metropolitan Museum in New York in 1986 that I decided to write my term paper on it for my course in Rembrandt that I took at Princeton way back when.

Return of the Prodigal Son: The prodigal son is a New Testament parable wherein the son of a well-to-do father asks for his share of the estate. The son takes the money and proceeds to squander it in exotic places on prostitutes and other unsavory activities. When the son hits hard times and is forced to become a pig shepherd, he finally realizes he’s reached rock bottom and comes home begging forgiveness from his father. It’s a parable about love, compassion and forgiveness, all three of which pour forth from this painting. The pathetic, broken son wears raggedy clothes and his hair appears withered from malnutrition. But most important, again, is Rembrandt’s placement of light, which is brightest on the father’s downturned face. This, in conjunction with his accepting hands on the back of his kneeling son, evokes a divine sense of love and compassion. This one brings tears to my eyes.

How did Rembrandt pull this off? In painting after painting? It’s hard to know as he left virtually no chronicle of how he went about his work. But it’s safe to say that he didn’t achieve this brilliance by sitting in his studio and thinking about his paintings. He did it by getting quiet inside, shutting his mind down and connecting with the spirit inside him. Just as Bob Dylan did when he wrote all those amazing songs in the 60s. Just as Michael Jordan did when he dominated basketball in the 90s.

And just as my mom did. What? Was my mom Georgia O’Keefe? Katherine Hepburn? Julia Child? No, no and no. My mom was a housewife who brought up six kids…with no nannies and no maids. And she may have been better connected to her inner chi/Shakti/spirit than anyone I’ve ever known. How did her inner connection manifest in the world? It wasn’t through sublime works of art, an angelic singing voice (I can attest to this one!) or some other super talent. No. My mom’s connection with her inner spirit manifested in her near-total lack of self. And by that, I mean she was the most selfless human I’ve ever known. She never demanded to go the restaurant she wanted, or the movie she wanted. She didn’t tell her six kids she didn’t have time to take them to tennis tournaments on weekends in far off places because she desperately needed some “me” time at the spa. She just flowed with life and gave and gave and gave and rarely complained about it. And guess what? She led one of the happiest and most fulfilling lives of anyone I’ve known.

The point is that connecting with your inner spirit yields sheer genius in the form of art, literature, athletic feats, etc., for some, like Rembrandt. But for others, it results in a peaceful, present-oriented manner that benefits the world greatly.

Another critical point is that it is extremely difficult to access your inner spirit when your mind is constantly yapping away. Your inner genius is most easily accessed when you are quiet inside.

So, how does one get quiet inside? It’s been my experience that regular meditation is the best way. If you’re not doing it, I wholeheartedly recommend giving it a try. I’ve done it the past seven years and it’s made me a better dad, husband, friend, brother and overall human being.

It’s not that hard. All meditation is is sitting quietly and placing your attention on something happening in the present moment, like your breathing. Then when your mind grabs your attention and throws you into thought, you simply notice that that has happened and bring attention back to your breathing. And when you place attention on your breath going in and out, guess what you’re NOT doing? Thinking. So all meditation is doing is helping you, slowly and gradually, to quiet your mind. And when you do that, you open communication with that genius spirit inside you.

How to get started with meditation? I designed a program called Five Steps to a Regular Meditation Practice that is simple, doable and designed to help regular people, like me, develop a practice. It’s eight-weeks and starts off with meditating for two minutes a day then builds gradually from there. It’s free and you can access it at davidgerken.net. I also recommend the meditation books and recordings of Jon Kabat-Zinn, Peter Russell and Jack Kornfield.

Rembrandt’s paintings inspire me to connect with my spirit. Who inspires you? Tolstoy? Eminem? Picasso? Whoever or whatever it is, go there. Go inside and connect with it. It’s the key to life.