Mickey Singer’s Helpful Metaphor for Letting Go of Our Egos – It’s about letting go of the rocks.

David Gerken > Meditation > Mickey Singer’s Helpful Metaphor for Letting Go of Our Egos – It’s about letting go of the rocks. 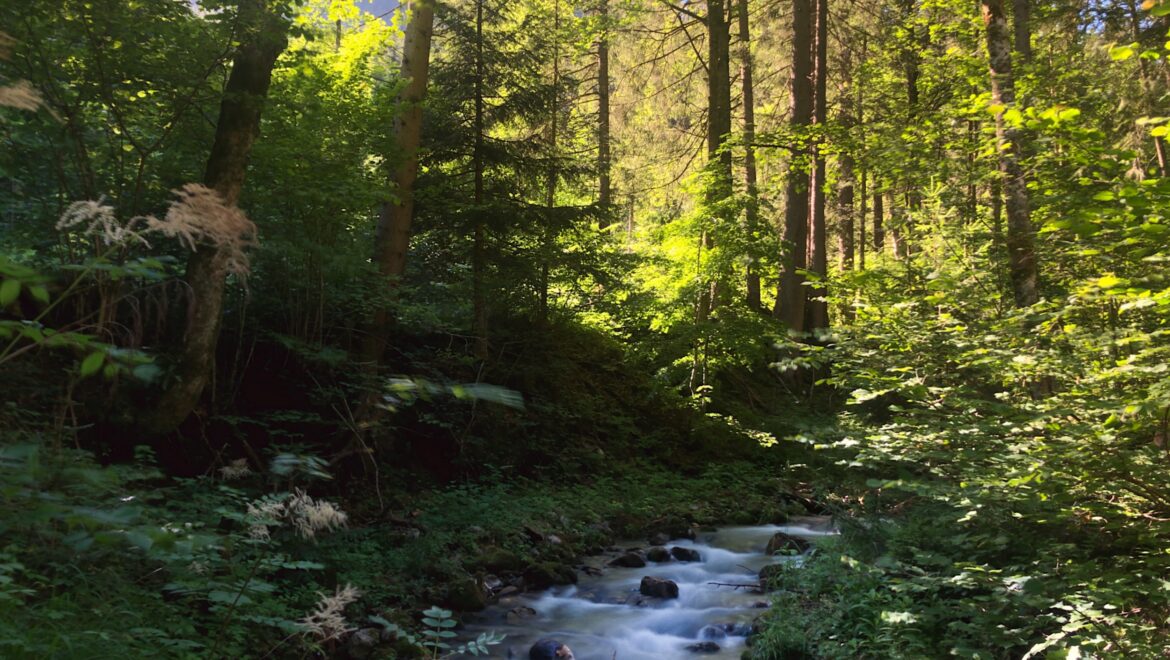 I’ve stated many times my belief that letting go of our egos is the paramount objective of the spiritual path. I’ve also said that Mickey Singer’s take on this concept is the most cogent and comprehensible of all the teachers I’ve studied.

Other teachers, like Eckhart Tolle and many others, extol the benefits of being present and not lost in thought/ego land. Most recommend practicing meditation and mindfulness as the path to improving our ability to achieve and maintain presence.

But as best as I can tell, most of these teachers miss, or don’t emphasize nearly enough, that indispensable piece of the spiritual puzzle: Letting go of ourselves. We can practice all the meditation and mindfulness we want, but if we don’t clear out our egoic baggage, we’re still going to be stuck.

Eckhart tells the compelling story of the American who went to India to live in a Buddhist monastery. He meditated for hours upon hours every day for years and lived a quiet life of contemplation.

Then one day he headed to Delhi to deal with a visa issue. The lines were long and the government office he went to was a poorly run madhouse. So what did this spiritually advanced monk do?

He completely lost his shit!

“You can’t run an operation like this! I’ve been waiting in line for three hours! This is an abomination!”

Bottom line: This guy still had issues, countless hours of meditation notwithstanding. He had baggage that needed to be cleared out.

So how do we clear out this baggage? It takes hard, persistent work and mainly involves becoming aware when our “stuff” has been poked, relaxing and leaning away from it, then letting go.

The metaphor Mickey uses to describe this process is beautiful. It’s also useful.

Rocks in our inner stream

Imagine a stream with lots of rocks in it. These rocks create disturbances that inhibit the free, calm flow of the water. They are the equivalent of our ego baggage, known as samskaras in Sanskrit, each one representing some emotional scar that could have been there for months, years or several decades. Inside us these samskaras manifest as blockages to the free flow of our energy upward, just as the rocks inhibit the free flow of the water in the stream.

The key to spiritual growth is removing those rocks from our “stream.” And the key to doing that lies in a deeper aspect of this stream/rocks metaphor.

You know how Mickey suggests relaxing when we feel that egoic stuff come up then leaning away and letting that stuff release and flow up? Well, one would think that the visual of this taking place in the stream would be us picking up the rocks and tossing them aside.

WE hold the rocks down

Not so. Why? Because we are the ones actually holding the rocks down. So what we need to do is let go of our hold on the rocks. When we do that, the rocks naturally loosen and flow away.

You read that right. It is we who hold these samskaras inside us. We stored them there long ago and when they come up, we engage with them — “I am NOT an irresponsible jerk! You are!” This is the equivalent of continuing to hold the rocks down in the stream.

So here’s the visual metaphor to help you when one of your ego buttons gets pushed. First, notice it’s been pushed. Second, relax all throughout your body, especially your head and chest area.

Let go of the rocks

Finally, picture yourself in the stream, holding this “ego rock” down with both hands. Then visualize yourself letting go of the rock. And watching it flow away.

What happens when we do this continually and persistently, year after year? We clear out our stream so that the water flows smoothly.

Inside us that manifests as a ton of energy that is trapped in our lower selves being released so it can flow upward. And what does that feel like?

Well, Mickey and others who’ve attained this higher spiritual state describe it as a feeling of ecstasy. Really? I know. That sounds fantastical and crazy to most of us mere spiritual mortals.

Our natural state of bliss

But I believe it. Why? Because I believe that that free-flowing energy upward, ecstatic feeling is our natural state. As we grow older and trap more and more of this egoic energy in our lower selves, that state gets further and further away from us. The spiritual path is about reclaiming that natural state.

Bottom line: The work is worth every second.

I’ll close with words I’ve quoted before from the great Indian saint Yogananda, who was Mickey’s teacher. Yogananda sums up the sentiments of this concept beautifully.

“There’s a river of joy flowing inside you.You need to find it.Get in it.And drown.”