Office Politics: A Valuable Lesson I Learned From a Real West Winger While Writing On The West Wing TV Show

David Gerken > Meditation > Office Politics: A Valuable Lesson I Learned From a Real West Winger While Writing On The West Wing TV Show 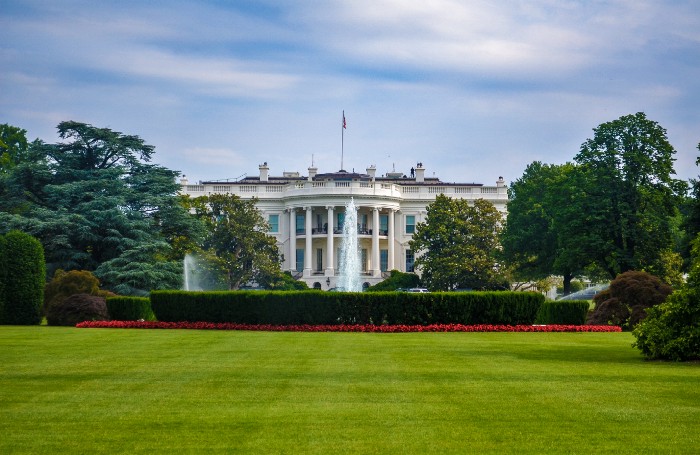 Whether you’re a high-level executive at Bank of America, a kindergarten teacher or a burger flipper at McDonald’s, you’re going to encounter office politics.  It’s a fact of life.  What follows is a valuable lesson I learned from a good friend of mine on the  best strategy for dealing with office politics.

First, some background. After graduating from Princeton I spent 15 years in Washington, D.C., working on Capitol Hill and then as a lobbyist. Having had my fill of politics, in 2000 I ventured to Los Angeles to pursue a writing career.  Two of my best friends since college had been writing in Tinseltown since graduation so I was familiar with it and had always wanted to see what I could do with my creative talents.

My big break: a job on The West Wing

After a year and a half of hard work, I got an enormous break: a spot on the writing staff of my favorite show, The West Wing.  It was the reigning two-time winner of the Emmy for Best Drama Series, had a talented cast in Martin Sheen, Brad Whitford, Richard Schiff, Allison Janney and Rob Lowe and was run by Aaron Sorkin, thought by many to be the best writer in Hollywood.  Bottom line: I was pumped.

Once the honeymoon was over reality set in.  I had to produce, and on our show that meant pitching stories that Aaron loved.  With ten writers on staff, the competition was fierce. I worked my buns off, marrying my knowledge of Washington and my creative instincts to devise what I thought were killer West Wingstories. Unfortunately, my bosses weren’t as thrilled as I was with these stories as I was continually shot down in the writer’s room.  After several months of little success, I started feeling major job insecurity, worrying that this dream writing gig wasn’t going to last long if I didn’t break through.  And then…

…I broke through.  In previous seasons the show featured a fictional African country called Kundu.  My idea was to recreate in fictional Kundu the conditions of real world Rwanda in 1994 when a horrific genocide claimed the lives of upwards of 800,000 people. President Clinton to this day considers his lack of intervention in Rwanda the biggest regret of his presidency.

My idea was that President Bartlet (Martin Sheen) would receive intelligence showing that a genocide in Kundu was imminent.  Thus he had to decide:  intervene and probably lose about 150 American soldiers or do nothing and allow half a million innocent Kundunese to be slaughtered.  The objective of great drama is to put your characters in the toughest position possible.  And my thought was, if you’re President of the United States, there can be no more excruciating situation than dealing with sending troops into battle.  Then, to make it even more difficult on Bartlet, I added the wrinkle that the US had zero strategic interest in Kundu. Meaning no oil, no important borders (with Russia, for example), no terrorist training grounds, no nothing. Bartlet would have to decide to put US troops in harm’s way for purely humanitarian interests.  So that was the idea.

Teaming up with a friend from the real West Wing

Next I pitched the idea to Gene Sperling, a good friend of mine who had been instrumental in my landing the job in the first place. Gene was the top economic advisor to President Clinton, which meant he was one of the top three aides in the White House (along with the national security advisor and the chief of staff).  When Gene left the real West Wing in January of 2001, one of several jobs he took on was as an expert consultant on the fictional West Wing. Gene liked the Kundu idea so we joined forces and fleshed out the story more fully as a team.

Then, in the middle of a ritzy party thrown by agency juggernaut CAA at the Pacific Design Center (located on none other than Melrose Avenue – you can’t make this stuff up), I pitched the story to Aaron.  He gave it an enthusiastic thumbs up. I called Gene immediately, “We’re in, baby!” (BTW, my only other memory of that night was getting a kiss on the cheek from Paris Hilton after a short chat.)

The ensuing two months were a blur of near-constant work.  Our Kundu idea caught fire to the point that Aaron made it the main story for four straight episodes.  For comparison, no other main story carried over for even two episodes during the whole 23-episode season.

But a problem developed early on in that period.  Remember when I mentioned the stiff competition for stories among the writers? Well, there was one particular writer on the staff who consistently tried to “poach” our story.  And he had one major thing going for him:  Aaron liked him.  I didn’t respond well at all to this perceived threat to my “baby.”

The Sperling credo: outwork everybody

And this is when Gene taught me the hugely important lesson about office politics.  Remember, the guy worked for eight straight years in the Clinton White House at the highest level.  He faced off against some of the brightest minds in America trying to push policies that he fervently believed in.  You want to talk about brutal office politics with the highest of high stakes?  Gene lived it in the real West Wing. [BTW, after leaving the fictional West WingGene returned to the real West Wing again when he served as President Obama’s top economic advisor for three years.]

So early on, when I started whining about this other writer trying to encroach on our story territory, Gene cut me off and gave me a talking to.  He told me that in his years working in the White House he had a simple strategy for dealing with other high-level staffers trying to “beat” him on the policy battlefield.  That strategy?  Out-work them.  That’s it.

Most important about this strategy is not what it entails – that’s obvious; work your ass off.  It’s what it doesn’tinclude.  Don’t sit around all day scheming and plotting and planning over how to defeat your office “enemy.”  Don’t be a sycophantic weasel to the higher-ups in order to procure special treatment.  Don’t cut corners with your work product in order to be seen as fast and efficient.

No.  Just work really hard.  That’s what I did on the Kundu project and it worked.  Nobody could keep up with the quality and pace of the work Gene and I produced.  The only down side is that I got very little sleep for two months, but it was worth every lost wink.

Best of all, it’s a multi-win strategy.  You produce much better work than if you were being distracted by the office politics BS. And you avoid all the stress, anxiety and bad karma that comes from sitting around plotting and scheming all day.

I especially hope any young professionals out there take this advice to heart.  Don’t let yourself get bogged down in petty, intra-office rivalries.  It’s a huge energy suck that diverts attention from where it needs to be:  doing your best work.

Life’s too short.  So work hard, don’t get distracted by office politics, and let the chips fall where they may.