Ram Dass’s Iconic Book “Be Here Now” Caused a Spiritual Earthquake – Read it. It Will Blow Your Mind. 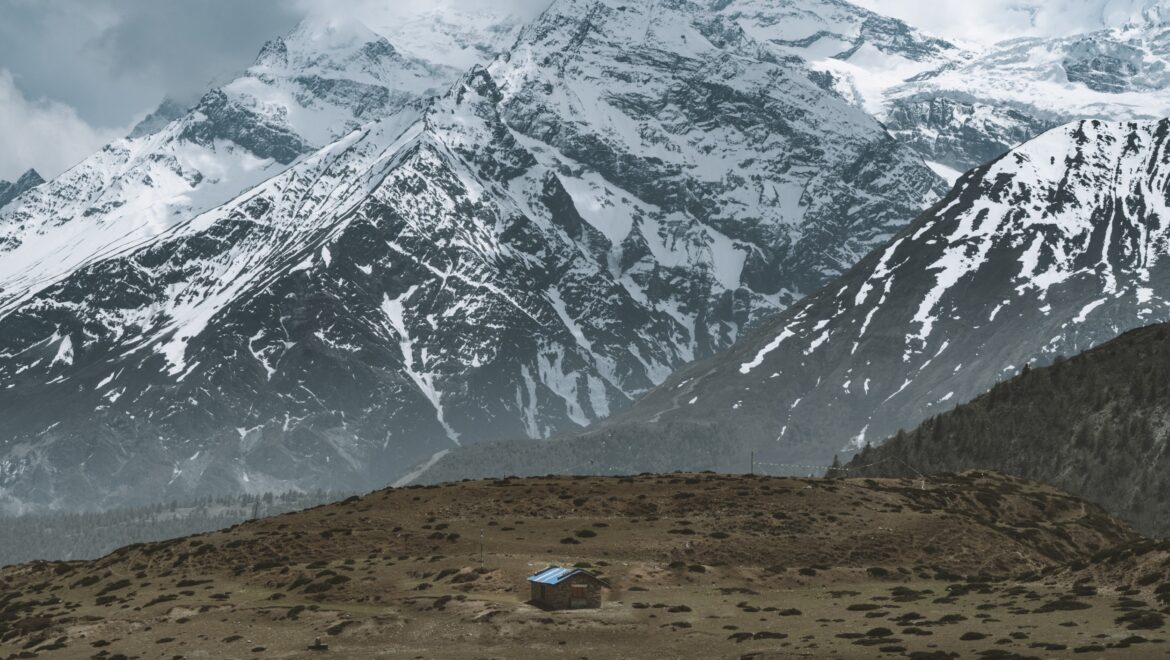 Ram Dass wrote Be Here Now in 1971. It was an immediate phenomenon, giving those on the spiritual path an actual path to travel. It’s known as one of the most influential spiritual books ever written.

After reading it recently for the first time, I now know why. It continually blew me away.

The book is comprised of three discrete sections: A short description of Ram Dass’s life journey, a compendium of what I can only describe as wacky, insightful spiritual observations accompanied by illustrations and, lastly, a specific manual for traveling the spiritual path. It ends with a lengthy recommended reading list.

Regurgitating the entire book here is not only inadvisable, but impossible. So what I’ll do is briefly summarize each of those three main sectionsand then go deep on one story of his journey that particularly blew me away.

Growing up in Boston as Richard Alpert, Ram Dass’s upbringing was relatively privileged. After attending private schools, he got his BA from Tufts, his master’s from Wesleyan and his PhD in psychology from Stanford. From 1958–1963 he taught at Stanford and then Harvard.

It was at Harvard that Ram Dass famously (infamously?) partnered with Timothy Leary on research into LSD and other psychedelic drugs. After they were dismissed from Harvard, the two spent 1963–1967 further studying psychedelics at an estate in Millbrook, New York.

The seminal year in Ram Dass’s life was 1967 when he, like many counter-culture Americans at the time, traveled to India in search of answers. There he met a young American from Laguna Beach, California, named Bhagwan Dass who introduced him to the man who would become his guru, Neem Karoli Baba (NKB). It was NKB who gave Richard Alpert his new name, Ram Dass.

From 1967 until Be Here Now came out in 1971, his relationship with Neem Karoli Baba became Ram Dass’s true North, the focal point of his spiritual growth and the central inspiration behind the entire book.

This is the largest section of the book and I swear it seems he wrote it while on LSD (though he didn’t). Mystical, trippy illustrations are surrounded by text that amount to a kaleidoscope of spiritual observations. It’s indescribable, another reason you have to read this book so you can experience it yourself!

Section 3: A Manual For Traveling the Spiritual Path

In this section Ram Dass offers an all-encompassing survey of the various steps on the spiritual path. He talks about gurus, what they are and whether we need them or not. He offers suggestions about sleeping and eating (don’t do too much of either). Asanas (yoga poses), how to meditate (of course) and how to use mantras. He offers pranayama (breathing) exercises.

He shows how to transmute sexual energy into higher energy — by basically moving that energy ‘up’ the chakra chain. He talks about how to deal with the issue of money. And explains the centrality of witness consciousness.

He writes about the proper use of psychedelics for the spiritual path. The specifics of how things work in an ashram and ends with a discourse on dying.

It’s hard to do this section justice here. So, like section two, the best thing to do is get the book and read it.

That said, there is one part of section three that especially resonated with me. He writes about a trap that people who have traveled far along the path often fall into.

“…have the desire to know it all and still be you, ‘the knower.’ This is an impossibility. All of the finite knowledge does not add up to the infinite. In order to take the final step, the knower must go. That is, you can only BE it all, but you can’t know it all. (bold added by me) The goal is non-dualistic. As long as there is a ‘knower’ and ‘known’ you are in dualism.” (section 3, page 86)

That is what yoga means in Sanskrit — union. Where there once were two, there’s only one when these two unite at the end of the spiritual path. I find Ram Dass’s description of this particularly beautiful and eloquent.

Mind-blowing Anecdote about Ram Dass and his mother

Though there are many mind-blowing moments in Be Here Now, like the one I just described, I found the following the deepest and most poignant.

The night before he met his guru for the first time, Ram Dass and Bhagwan Dass were staying in a small town in Northeast India trying to resolve some visa issues. Ram Dass awoke in the middle of the night to go outside and pee.

A word with his mom under a starry sky

While doing so, he looked up into the bright, starry sky and felt the presence of his mother who had died the previous year from spleen failure. In those moments he felt a powerful rush of love for her. Not thinking much of it, he went back to bed.

The next day Bhagwan Dass told him they had to drive to the mountains to see his guru, Neem Karoli Baba, about his visa problem. A hundred miles into their drive they came to a tiny temple by the side of the road in the foothills of the Himalayas.

Bhagwan Dass exited the car and started running up a hill. Ram Dass, surprised and perplexed, followed him. Eventually, they reached a field where a little man around 65 years old was sitting with a blanket around him, surrounded by eight or nine people. Bhagwan burst into tears as he finally arrived at the man, Neem Karoli Baba, and bowed and touched his feet.

Ram Dass writes that he was thinking, “I’m not doing that. I don’t have to. I don’t even know who this guy is.”

After a brief introduction and chat, NKB tells his people to take the two Americans away and feed them. Later that day Neem Karoli Baba summoned Ram Dass to come see him.

Ram Dass recounts their conversation in the book:

Neem Karoli Baba: “You were out under the stars last night.”

Neem Karoli Baba: “You were thinking about your mother.”

Neem Karoli Baba: “She got very big in the stomach before she died…Spleen. She died of spleen.”

Ram Dass swears that he didn’t tell anybody, including Bhagwan Dass, about his experience the previous night under the stars. Not one person.

Ram Dass reacted to the whole situation by bursting into tears. Not because of the poignancy of dealing with his mother’s death in such a profound, mysterious way. He said the crying wasn’t about feeling happy or sad. He said cried so hard because…

And in a sense, his journey was over. From that moment on, he dedicated his life to Neem Karoli Baba.

The life that Ram Dass led from that day in 1967 until his death in Hawaii in December of 2019, nourished and enhanced the lives of many millions of people, especially in America.

Do you, and your soul, a favor and read Be Here Now. I apologize for giving only the slightest taste of how profound, creative and beautiful a work it is. Once you read it, you’ll understand how difficult my job was in describing it to you.

Here is the Amazon link.