Taking Life Too Seriously? Consider Amping Up The Silliness 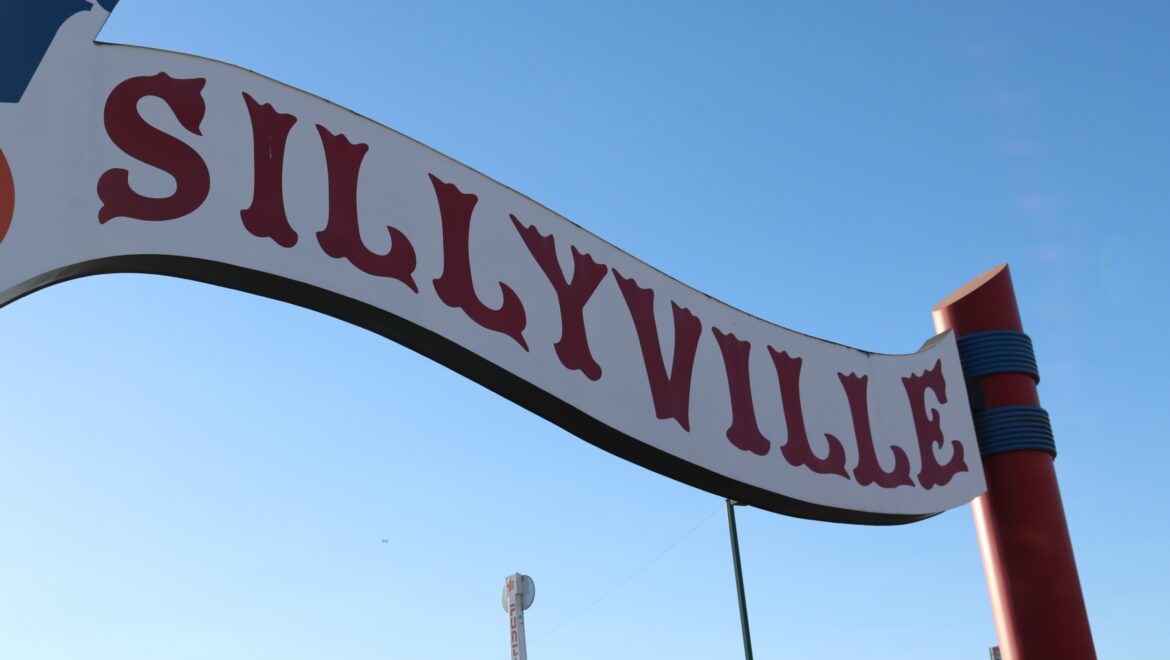 I realized recently that I write a lot of articles that could be deemed “serious.” Subjects like mindfulness, the egoic self, listening to the mysterious voice inside for guidance, pieces about Ram Dass and Eckhart Tolle’s teachings.

Many readers may logically deduce from that that I take life uber seriously.

Why don’t I take life too seriously? In one sense, I wasn’t given a choice. I had some pretty awful, multi-year depression in college and my twenties. Once I started feeling better, my macro inner dialog became:

“Well, we can continue taking everything really seriously and feel heavy-in-the-head and terrible much of the time… OR… we can lighten things up, take the pressure off and feel better inside.”

I chose the latter. And for me, it’s been the right way to go by a country mile.

The absurdity of life

I look at it like this: We’re all living on this giant rock, spinning around in the middle of 99.9999% dark space. We do not know why we’re here or what happens after we breathe our last breath. It’s absurd.

So, we have the choice of coexisting with this absurdity in one of two ways: by getting heavy and dark or light and light. I’ll take light and light any day of the week.

Which doesn’t mean I advocate sitting on the couch all day drinking martinis and staring at the wall. I’m a big believer that putting effort into something — fitness, your job, parenting, carpentry, whatever — yields deep psychic rewards. But while putting in that effort, it makes a world of difference not to take everything so seriously.

Ideas for lightening things up

I’m obviously not the first to suggest this lighter approach to life. Several suggestions are out there about how to not take life so seriously. I surveyed the landscape and found recommendations ranging from refraining from watching the news, smiling more and not holding grudges to practicing gratitude, being in the moment (my favorite), spending time outside, and giving up on perfectionism. All great ideas.

But what I didn’t find in the “let’s chill out on life” literature is the one word I was looking for: Silliness. Which usually intersects with humor. That has been my main life lightener for several decades now.

I absolutely love it. Rank silliness. I don’t know what I would do without it. What do I mean by silliness? Here are a few examples of the thousands from my past.

-One of my lobbying clients in Washington, D.C., was a Fortune 100 telecommunications company. The people my partner and I dealt with at this company were unbelievably boring and dry. They took everything ultra-seriously and would drone on and on about telecom minutiae to where I had to stay away from sharp objects.

So one day we were on a conference call with at least ten separate offices on the phone. As one boring executive droned on, I got a brilliant idea: I started making meowing noises into our speakerphone. I knew there was no way anybody could know which of the ten parties on the call it was, so I felt safe. After a few “meows,” the boring executive finally said, in a totally serious tone, “Uhh, is there someone with a cat near their phone?” We laughed our asses off. That’s what I mean by silly.

-Before telemarketing calls were banned, I used to have a field day. One caller called peddling a credit card. I told her I really shouldn’t get a credit card. She asked why. Me: “I just got out of prison.” Her: “Well, that’s okay. You can still get a credit card.” Me: “Yeah, but I was in the slammer for credit card fraud.” Her: “Ohhhhhh…”

-While my wife and I were dating, she worked for an international consulting firm in Washington co-run by former Secretary of State Henry Kissinger. But Kissinger worked in the New York office while my wife worked for the other main partner in Washington, D.C. I used to joke around with the receptionist when I called by impersonating Kissinger with his thick German accent. Of course, he had his assistant make his calls for him so the D.C. receptionist never actually spoke with him…Until the day Kissinger’s assistant was out sick and he placed a call himself.

Receptionist: “Who is this, please?”

Receptionist (thinking it’s me): “Oh, well hello, Henry. What’re you wearing? Is it an underwear day?”

Kissinger: “Uhhh, I just want to speak with Mack. Please put me through.”

At which point she puts the call through to my now wife, who worked for Mack. “Oh, my God! I think it’s really Kissinger this time, not David. I’m soooo screwed!”

Everything worked out fine, and I had a story to tell for the rest of my life.

Then there are the countless silly inside jokes with my wife, kids, and friends that would make no sense to any reader out there so I’ll spare telling you those.

Our silliness’s are all different

So if you’re feeling heavy in the head and taking things too seriously, consider adding some silliness to your days. We’re all born with different senses of humor and ranges of silliness, so it’s not one thing for everybody.

For some of you, it might be squirt gunfights with your kids or friends. Others of you might be into pulling pranks or telling jokes. Whatever it is, try amping up the silly in your life.

The only rule is to stay away from pranks/hijinks that could be construed as to mean. Other than that, go for it.

Bottom line: It’s all about laughing at ridiculous, absurd stuff and not taking everything so seriously. When we do this, our souls smile.

Finally, now more than ever, with all the pandemic, economic and political craziness we’ve gone through this past year, I can’t think of anything more important than putting smiles on faces.