The One Thing You Need to do to Master Any Craft 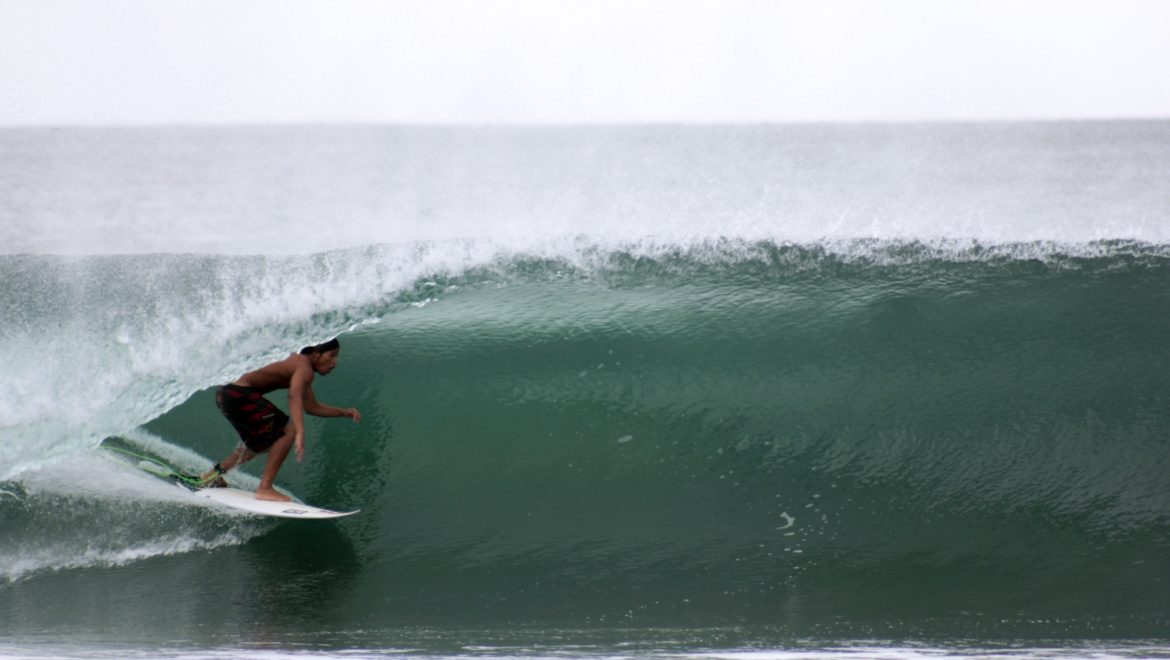 When you boil it all down, mastering any craft, whether it’s writing, acting, surfing, golf or anything else, comes down to doing one thing: Vigilantly focusing on and mastering the few fundamentals central to that craft. Let me explain with some examples from my life.

I’ve been a serious tennis player since age nine. I played on the junior tennis circuit in the highly competitive Southern California area then played four years of division one, varsity tennis at Princeton. Upon graduation, I took a short, and admittedly failed, stab at playing professionally in Europe.

The fundamentals of tennis

In my quest to master the craft of tennis, I learned early on that I had to focus on the fundamentals of the game. In tennis, that meant a loose, flowing body, constantly moving my feet with small steps and turning my shoulders and bending my knees on groundstrokes and volleys. That’s it. Focusing on those few fundamentals was the key to advancing my game to the highest level.

My wife is learning how to play tennis and I just keep telling her the same thing over and over: be loose, move your feet, turn your shoulders and bend your knees. Over and over and over again.

In 2001 I moved to Hollywood to pursue my dream of becoming a writer after spending fifteen years in politics. I had some friends who’d been in the business for years and I’d already written a few scripts while working in Washington, DC, but the bottom line is that I was starting at ground zero.

So what did I do? I dove whole hog into learning and mastering the fundamentals of writing, specifically writing for television drama shows.

What were those handful of fundamentals? First, there has to be conflict in every scene. Characters telling each other how much they like and admire each other is as exciting as watching paint dry. Second, stories need to have twists and surprises. Three, stories need to put the show’s main characters in highly dramatic situations that put them under intense pressure.

Aaron Sorkin and the fundamentals of writing

I learned much of this while writing on The West Wing, which was run by Oscar and Emmy Award winning writer Aaron Sorkin. Many people thought the show was just a vehicle for Aaron to advertise his liberal views. Wrong. I saw Aaron time and again eschew political ideology in an episode in furtherance of one thing: making a scene or story as dramatic as it could be. That’s all he cared about. What made him a great writer was his vigilance in sticking to the fundamentals of dramatic writing.

Upon learning these fundamentals, I set about creating a story for The West Wing. Previous seasons had featured a fictional African country called Kundu. My idea was to recreate in fictional Kundu the conditions of real world Rwanda in 1994 when a horrific genocide claimed the lives of upwards of 800,000 people. President Clinton to this day considers his lack of intervention in Rwanda the biggest regret of his presidency.

My idea was that President Bartlet (Martin Sheen) would receive intelligence showing that a genocide in Kundu was imminent. Thus he had to decide: intervene and probably lose about 150 American soldiers or do nothing and allow half a million innocent Kundunese to be slaughtered.

Remember, Fundamental #3 is to put your characters in the toughest position possible. And my thought was, if you’re President of the United States, there can be nothing more excruciating than sending troops into battle, knowing that a good number of them will be coming home in flag-draped caskets. Mothers and fathers losing sons and daughters. Kids losing their moms and dads…all because of you.

Then, to make it even more difficult on Bartlet, I added the wrinkle that the US had zero strategic interest in Kundu; i.e., no oil, no important borders (with Russia, for example), no terrorist training grounds, no nothing. Bartlet would have to decide to put US troops in harm’s way for purely humanitarian interests.

Off to the Emmys

This emphasis on fundamentals paid off as this was the most successful story of season four and accounted for two of the six episodes the show submitted to the Emmys that year for Best Drama Series. [BTW, we won and I got to go on the stage with Aaron and all the actors and other writers. It was surreal!]

Not all writers I worked for did this. Another boss of mine, who has had a surprisingly successful career in Tinseltown, used to get overly intellectual about the stories we were developing. His focus on ideas and concepts extinguished the heart and emotion from our stories.

Not a big surprise that the show was cancelled after a few episodes while The West Wing won the Emmy for Best Drama Series four years in a row, beating the likes of The Sopranos and Six Feet Under along the way.

What you need to do

Fine, so those are some examples of focusing on fundamentals to master a craft. What about you? What do you need to do?

Two simple things. First, you need to laser in and determine what those few fundamentals are. The key word in that sentence is F-E-W. If you come up with ten things you think are fundamental to mastering your craft, they aren’t fundamental! Just about any endeavor you pursue will have three or four things you need to focus on, TO THE EXCLUSION OF LOTS OF OTHERS.

Second, once you’ve determined what those few things are, you need to be VIGILANT and DISCIPLINED about not allowing yourself to get sidetracked from those fundamentals.

It shocked me how often writers in Hollywood would lose sight of the core principles of dramatic writing. For example, coming up with a great story…in which everything dramatic and interesting happened to guest stars and not the show’s main characters. If you ever pitched something like that to Sorkin he’d shoot it down in a nanosecond.

If you think all this sounds overly simplistic, it is. But disciplined focus on the fundamentals is absolutely the key to mastering any craft.