Want To Get Better At Everything AND Feel Better? Try Slowing Down

David Gerken > Meditation > Want To Get Better At Everything AND Feel Better? Try Slowing Down 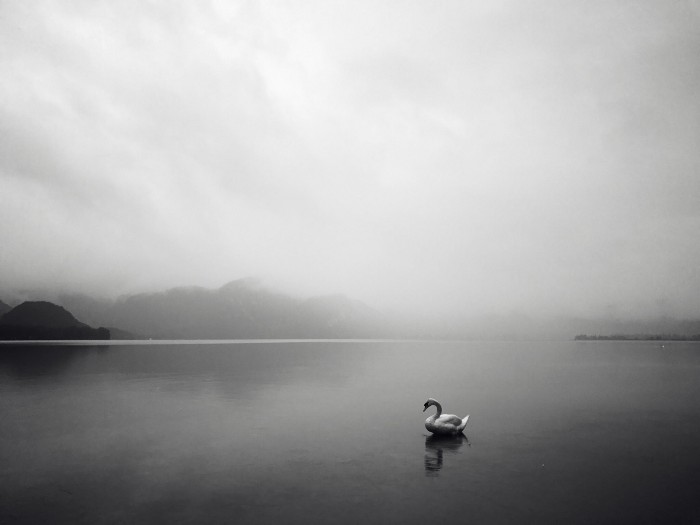 It may sound counterintuitive, but slowing down is incredibly beneficial to humans. For two reasons.

First, it makes us better at everything (except track, swimming and other races where going slow is not advised). And second, it makes us feel better, more content, happier.

The opposite is also true. Rushing, hurrying, scurrying; i.e., going fast…all that does is create tension and stress. Why? Because rushing takes us out of the moment we’re in. We’re rushing precisely because we want to get somewhere more important than where we are now, always a bad idea, unless of course you’re running from a grizzly bear.

Going fast takes us away from our center. It destabilizes us. It’s like shaking up a snow globe, which clouds your visibility. Slowing down causes the snow to settle, allowing you to see clearly.

Rushing is a habit

Why do we rush and tend to want do things fast? One reason is simply that we’re in the habit of doing it. When you’re walking quickly from your bedroom to the kitchen are you doing so because of the fractions of a second you’re going to save? Or are you doing it because…that’s what you always do. Because it’s a habit.

A reason we all may have gotten into that habit in the first place is that society, especially here in America, encourages us to go, go, go. Hustle, hustle, hustle. Do, do, do.

So many people I know are proud of their ability to do several things at once. Yes, I’m talking about you multitaskers out there. A dad checks football scores on his phone while shooting baskets with his son and simultaneously surveying his yard to see what kind of work it’ll need over the weekend.

Isn’t that great? NO. It’s not. As the Zen saying goes, “Zen is doing one thing at a time.”

There are numerous examples of fabulously talented and successful people who operate from this place of “slowness.” I’ll pick one. Michael Jordan, the greatest basketball player of all time.

I watched the ESPN documentary on his and the Chicago Bulls’ dominating run in the 1990s. Now obviously, on the court Jordan could be quick as lightning.

But watch him when the ball is dead or during timeouts. He didn’t rush or seem like he was thinking about anything. He walked slowly, loosely, calmly. Same after the game when he emerged from the locker room in his suit and eased down the hall with a slow, halcyon stride that just oozed cool (can you tell I’m a big fan?).

That state of stillness, that groove, is what allowed Jordan’s inner genius to take center stage and do things that we mere mortals could only watch with awe.

Four scenarios for you to slow down

Fine, so slowing down helps us feel better and perform better. If I’m you, I want some concrete tips on how to incorporate that into my life. Here are four.

The first area is for you meditators. One could say that the ultimate objective of meditation is to slow down so much that the only thing left is silent stillness. That’s not easy to achieve, but let me tell you something that helps me a lot.

Early on in my meditation sessions I literally use the words ‘slow down’ as a way of easing me toward stillness. On an inhale I say “slow” and on the exhale I say “down.” Try five breaths like that early on in your session and I can almost guarantee that your mind will slow down.

Second, next time you go to the grocery store make a conscious effort to walk slowly through the parking lot from your car to the entrance. Most people rush from their cars to the store. Why? Again, because it’s a habit.

I discovered a few years back that I was doing this so I decided to try walking slowly. I’m telling you, it will change your inner “vibe” in a matter of seconds. If you really want to feel calm and good, take some slow, deep breaths as you slowly walk through the lot.

Third, try driving slower. I don’t mean going 20 in a 45 MPH zone. Just try tamping it down a bit on the old accelerator. The few seconds you lose will be more than made up for by the clarity of mind and inner calm you gain.

Fourth, try brushing your teeth a little more slowly. I know. This one seems tough. You just want to get through it. But this is one of those quintessential mindfulness traps. This, and drying off after a shower.

Why? When was the last time you brushed your teeth or dried off and actually had your attention on those two acts? We’re always somewhere else in our heads when we perform these things and that’s not a good place to be.

So try it. At least once. Brush your teeth slowly and place your attention on the brushing of your teeth.

Slowing down is not easy for most of us, myself included. In writing this piece I kept falling into the “just do it, write it,” mode which threw me off several times. You know what I did? Five different times, at least, I told myself to slow down…in writing my piece about slowing down!

It works. I’m telling you. And you can use it virtually any time, especially when you’re feeling just a little ‘off’ or anxious. When you feel that way, try closing your eyes and taking a few deep breaths, saying ‘slow’ on the inhale and ‘down’ on the exhale.

Give it a whirl. Just another arrow to put in your self-care quiver.