We All Carry Old Emotional Baggage — For Proof, Go to Your High School Reunion 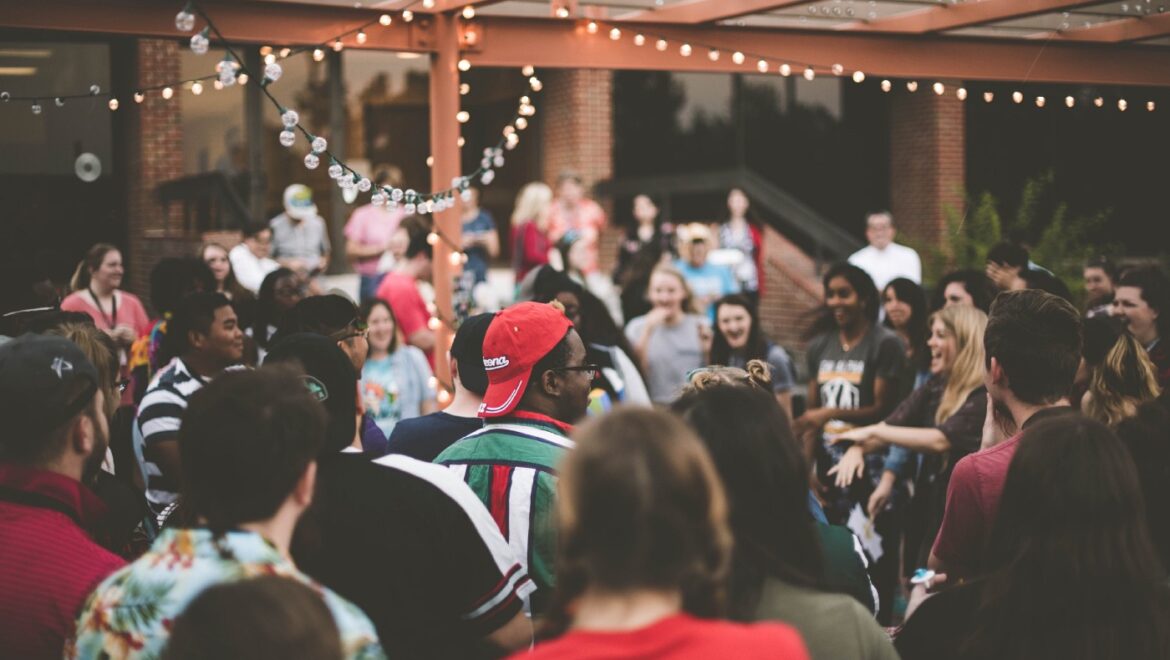 [CAVEAT LECTOR (reader beware): I started writing this piece on Tuesday, August 16, then got back to it today, August 19. Why the break? I got COVID. First time. Hopefully, this won’t my writing affect. Understanding for thank you!]

I’ve written extensively about the importance of letting go of our egoic, emotional baggage. That no matter how many zillion hours of meditation we do, if we don’t let go of our stuff, it just sits there, waiting to be poked…by our spouses, kids, friends, coworkers, bad drivers, etc.

For most of us, the adolescent and high school years contribute a disproportionate amount of this baggage. Acne, cracking voices, insecurity up the wazoo…it’s all part of those glorious/inglorious years.

Before getting to the reunion, a quick rundown on my high school experience. If I had to sum it up in four words it would be: not terrible, not great.

Not great in that I never felt like one of the “in” crowd. This has more to do with my own insecurities than anything. I was just a hugely sensitive kid. Always. Right out of the womb.

That manifested in different ways in high school. In sports, I was high up on the tennis team. A team, by the way, that was definitely top ten in America all four of my years on the team. We had kids who moved to Newport from Canada and Mexico just to play on our team.

My uncool, off the charts successful tennis team

But in high school, at least in Newport Beach, California, no matter how good we were, tennis was not a “cool” sport. How so? Mostly in my perception that girls weren’t into us.

Who were they into? The football players, of course!

And honestly, this did piss me off. Here I was on two Southern California championship tennis teams (freshman and sophomore years), and the football guys were getting all the attention from the girls. Football teams that were mediocre, at best.

We interrupt this article for a brief announcement from the AIRPORT INTERCOM: “Emotional baggage for David Gerken Airlines Flight 1982 now unloading on carousel number 3…”

Partying at the yacht club

Flash forward forty years to this past Saturday night at the Balboa Yacht Club. I’ve done a lot of work these past several years traveling the spiritual path. Lots of meditation, lots of mindfulness and lots of letting go.

So I figured Saturday would be an interesting test. I didn’t think I’d fall apart or anything. But frankly, I didn’t know.

How did it go? It was actually pretty fun. Mostly a good time. Does that mean no baggage arose?

Here are three encounters that poked my stuff.

1. BARING MY SOUL TO AN OLD CRUSH

First, there was my encounter with EO (I’ll use abbreviations to protect the innocent). I hadn’t seen her since the 1988 wedding of a friend of mine.

I see her and immediately start running off this story:

“I have to tell you that I had the most hellacious crush on you in both seventh and eighth grade. Thought about you 24/7. I remember calling you up to ask you to go to the eighth grade graduation party. It was classic. I’d punch in six digits…then hang up. Six digits… ‘Aagh! I can’t do it!’ Then finally I got up the courage and pressed that seventh digit of your number. And you answered. And I asked you to the dance. And you…told me you were already going with some guy named Scott who was a freshman in high school! I actually didn’t feel so terrible. The worst would have been a firm ‘No, thank you…’”

That was the gist of what I said to EO. And her response? A slight smile and a mostly blank expression. As in, she didn’t remember any of this. As in, I made little to no impression on her.

Did I dissolve into a puddle of tears? No.

I should mention that my wife came to the reunion with me. And not that this matters, but she was just as beautiful as any woman there (including NG who looked amazing). More important, she’s basically a happy camper who is my staunch partner in crime in the life we’ve built. Translation: No story from my lovelorn past was going to devastate me because that facet of my life is in great shape.

Although it didn’t devastate me, the mostly vacant response I got from EO definitely hit my stuff.

2. STUNG BY THE QUEEN BEE

If there is such a thing as an alpha female, CV was it. From middle school through high school, she was “the girl.” Homecoming queen, cheerleader, gorgeous…every guy’s dream.

The oddest thing about CV was that she was incredibly sweet, friendly and approachable. Not just to me, but seemingly everybody. She never seemed above it all, or too good for others. To use a California word, she had a great vibe.

But she was still the queen bee and when I saw her on Saturday night, I reverted immediately to worker bee mode. How so? Just a basic feeling of subservience and sense of being at a lower station. [Truth be told, this is embarrassing to admit all this.]

So not surprisingly, CV is welcoming and engaging with me, all these forty years later. I do a thumbnail of my life since 1982. College, political work in Washington, D.C. and entertainment writing in LA.

My own Clinton scandal

While on the DC part, I mention that that’s where I met my wife. And I offhandedly say, “Steph worked in the Clinton White House.”

And that’s where I got stung. I think? Maybe? CV launched into a “We’re all equal here. Everybody here. We’re just people.”

Frankly, it was a little confusing. But I THINK she was telling me that saying my wife worked at the White House was essentially bragging.

Was it the booze that confused?

But she wasn’t angry. She just kept jabbering on about “we’re all equal” here. We’d all had more than a couple of drinks so maybe that was where her confusing soliloquy and my confusion in understanding it derived.

Whether she meant that or not, I felt terrible about it. Like, “Oh no, I’ve upset the queen!”

But here’s the kicker: I literally thought about this off and on that night while going to sleep! And even thought about it the next day.

Is this embarrassing to admit? Yes. Why am I even writing this article? I don’t know!

3. CHATTING WITH THE GUY WHO BEAT ME

KY was in charge of the reunion. He’s been the most involved member of our class in doing these kinds of events.

Though we weren’t close friends, I always saw him as a decent guy. Friendly. Outgoing.

So we’re chatting it up and kind of out of left field comes,

“You know if DM hadn’t run, I think you would’ve beaten me. He took votes from you.”

What was he talking about? Our race for student body president!

Talk about a blast from the past. Seriously, it was a blast to my gut. Not that I was suicidal after losing that race, but still. Any 17-year-old who puts themselves at the mercy of the entire school…and loses. Well, that’s going to leave a mark inside. I know it left one inside me.

I know. All three of these incidents come off as trite, petty and juvenile. Especially for a guy who dove headfirst into the spiritual ocean several years ago.

But that’s the whole point of this article! It doesn’t matter how long ago events occur. Once these impressions/feelings get lodged inside us, they don’t leave…unless we let them go.

So what did I do when these feelings arose in the days after the reunion? I did my best to not get entangled with them, but to simply relax, lean away and watch them.

Admittedly, there were times when my ‘watcher’ judged these feelings. “I can’t believe you’re still spun up about possibly offending the Queen Bee. What is up with that?”

Then I’d do my best to lean further away and just watch the movie playing out inside me. A movie that was part comedy, part romcom and, sadly, part teen coming of age story.

Bottom line: Things like high school reunions and visiting our elderly parents (who treat forty year old you as if you were still ten) should be seen as opportunities to shed old, buried baggage.

So let’s conclude by reiterating the basics for dealing with emotional baggage, of any sort, that gets poked.