Yogananda’s Quote About Education is Right on the Mark – We should teach true intelligence, not facts and ideas.

David Gerken > Meditation > Yogananda’s Quote About Education is Right on the Mark – We should teach true intelligence, not facts and ideas. 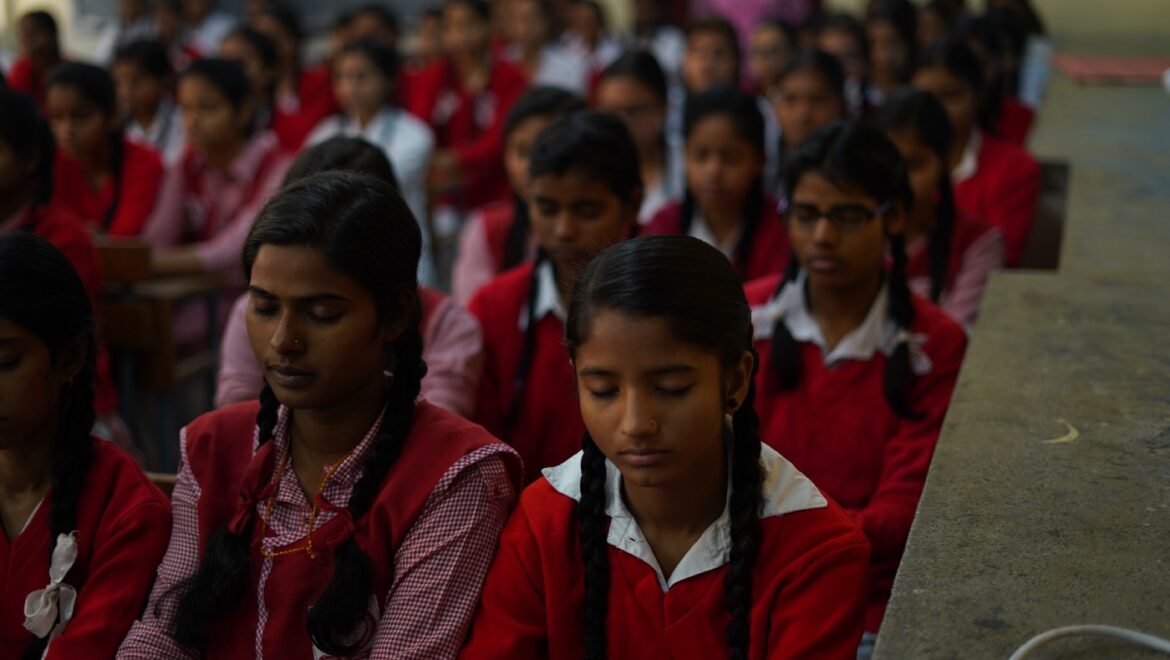 With kids and their parents preparing for another school year, now’s a good time to dive into that age-old topic: What the heck should education be all about?

Most debates go straight to whether the focus should be on science, math, and engineering (knowledge deemed “useful” in today’s working world) or on the humanities where students learn to become well-rounded citizens. This framing, and others like it, completely overlook what should be front and center in any educational system.

The person who eloquently captured what that should be is the great 20th-century Indian saint, Yogananda. Growing up in an upper-middle-class family in India, Yogananda had a rigorous education that culminated with a college degree.

But after many decades as a spiritual leader, mostly in the United States, Yogananda came to realize the deeper purpose of traditional learning. He said:

“Education does not consist of pumping ideas and facts into the brain. It consists of developing one’s intuitive faculties and bringing the hidden soul-memory of all knowledge onto the plane of human consciousness.”

I couldn’t agree more. And this is from a guy who was privileged to have an elite education. I studied at Princeton where I learned about the Roman Empire, Soviet politics, Rembrandt, geology…It was a veritable liberal arts potpourri.

And I’m still learning all these years later. I’ve taken online courses taught by college professors in Shakespeare, the Greek Tragedies, Alexander the Great, Russian literature, Medieval history, and literally dozens of others. All on my own time in my adulthood.

I’ve loved it all, both the college years and the decades subsequent. But ten years of traveling the spiritual path have taught me that traditional education is only a part, a small one at that, of developing intelligence.

Which begs the central question: What is intelligence?

Is someone intelligent because they know that Virgil wrote the Aeneid as a way of connecting Rome to the heroes of Troy and the Greek Gods? Or that Caravaggio, and his use of chiaroscuro, ushered in the Baroque period? Or that Cleopatra was Macedonian and not Egyptian, a descendant of Ptolemy, the right-hand man of Alexander the Great?

These are like inputs into a computer. Hit a button and out pop some facts. Is that intelligence? Yes, but only a limited form.

Intellectualism is the computer processor

Well, what if you have an analytical brain that can take several bits of information and link them in a way no one else has thought of? In other words, what about intellectualism? Is that intelligence?

To continue with the analogy, that’s using the most complex part of the computer, the processor, whereas knowing Cleopatra was Macedonian is just data stored on the hard drive. So yeah, intellectualism requires more “intelligence” than simply regurgitating facts from memory.

But all of these pursuits rely on the use of our minds. Our brains. And the intelligence available to us from our noggins is highly limited.

Our brains are limited

True intelligence, as Einstein and many other geniuses have stated, arises from a place of no thought. Or, as Yogananda so eloquently stated, it “consists of developing one’s intuitive faculties and bringing the hidden soul-memory of all knowledge onto the plane of human consciousness.”

The intelligence gained by learning from Cleopatra, Virgil, Rembrandt, computer programming, and differential equations can help students understand the world we live in and also help in starting and advancing in the working world.

Those are no small benefits of traditional education. But they are limited.

Because what true intelligence offers is limitless and profound. The highest “prize” offered is finding our place in the universe. Finding the path that feels “right” to us. That feels ordained by something infinitely higher than us.

That prize has been bestowed on people like Bob Dylan, Albert Einstein, Maya Angelou, and a host of others. Yes, all of these people worked hard at their crafts to attain their high level of genius.

But they also say they’re not exactly sure how they do what they do. They can’t explain the depth of their genius. It just comes through them. Through some mysterious channel or connection to something higher than them.

That is true intelligence.

How do we develop true intelligence?

So the question becomes: How do we develop that true intelligence? The answer is that we practice getting quiet inside so that we can establish and strengthen the connection with that mysterious higher being that knows our true path.

Our thinking, chattering minds, so influenced by our parents, siblings, friends, and society writ large, are so loud and active that they sever that connection to the divine. The result is anxiety, confusion, and frustration with life.

Which brings us full circle to the question at hand, as our kids prepare to go back to school, what should we be teaching them?

First and foremost, we should be teaching them how to quiet their minds.

There. I said it. And yes, many would be aghast that teaching our kids to quiet their minds would top the list of education priorities.

Quieting kids’ minds should be central to education

So instead of backing away from that, I’ll double down: There is nothing remotely close in educational importance to teaching our kids how to quiet their minds.

Yes, let’s teach them math, writing, history, science, and the like. But if we don’t teach them how to get quiet inside, we’re failing to teach them the most important and beneficial skill a human can learn.

How do we teach this “quieting down” skill? That’s the easy part. We teach them how to meditate and practice mindfulness.

The curriculum on this doesn’t need to be that complicated. It just needs to be done.

Imagine a world where our young learn to quiet their busy minds. They’ll be less anxious and overwhelmed by school and all the social pressure that comes with it.

Most important is that when they continue these practices into adulthood, they will be far more likely to find that place in the world that feels “right” to them. Is there anything more important than that?

Now, please indulge me as I dream even further. Imagine a world that eventually consists of people who were taught these skills in school. People who are less anxious and feel connected to something bigger than they are.

I posit that the world will see less war, less crime, less divorce, and less tribalism, to name a few.

What will that world see more of? Compassion.