5 Ram Dass Sayings That Sum Up the Spiritual Path 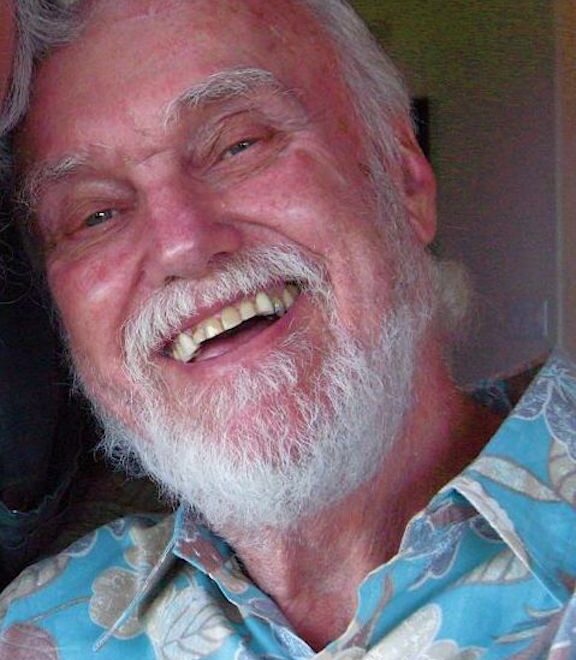 Ram Dass captivated an entire generation of spiritual seekers back in the 1960s and 1970s, a period of intense cultural turbulence. His Be Here Now, published in 1971,is in any conversation of the most influential spiritual books of the past 100 years. It’s a must-read for anybody interested in spiritual growth (here’s the Amazon link.)

Born Richard Alpert in Boston in 1931, he had a privileged upbringing as the son of a railroad president. Academic success led to teaching stints at Stanford and Harvard. It was in the early 1960s at Harvard that Ram Dass famously (infamously?) teamed up with Timothy Leary to study how psychedelic drugs (chiefly psilocybin and LSD) could deepen one’s understanding of consciousness.

After becoming disillusioned with Leary’s approach to psychedelics, Ram Dass went to India in search of a greater understanding of his inner world. It was there, in 1967, that he met his guru, Neem Karoli Baba, who gave him the name Ram Dass (meaning ‘servant of Ram,’ a Hindu deity). He devoted the rest of his life to spiritual teachings, dying in 2019 at age 88.

Ram Dass resonated with so many people, especially Americans, because of his highly relatable persona and language, both written and spoken. The following quotes of his bear that out. They also serve as a concise road map for the spiritual path.

What he means: This is precisely what I mean by relatable language — “the game” and “becoming nobody.” Love it! The ‘game’ is life. ‘Becoming somebody’ means following the typical egoic path that so many pursue — money, fame, power. ‘Becoming nobody’ (which is also the title of a documentary about Ram Dass) is about shedding our egoic selves.

Why it matters: This one sums up the whole spiritual ballgame — that life is about shedding ourselves. Nothing else. Just the continual process of letting go of ourselves every moment of every day. That’s the path.

2. “The resistance to the unpleasant situation is the root of suffering.”

What he means:So much of human suffering occurs because of what we add on to unpleasant situations. Examples: You break your arm and it’s painful. And you say to yourself:

“Damn. This really hurts. It’s never going to go away. And it’ll probably never heal so I won’t ever play golf or tennis again or be able to pick up my kids. This is terrible…”

That story we tell ourselves above and beyond the unpleasant situation is the resistance and it is that which causes untold suffering for us.

What’s the healthy way to respond to painful situations? Do the opposite of resistance: Acceptance. In the example above, your inner dialogue is:

Why it matters: Practicing this is profoundly beneficial. In fact, in the almost ten years that I’ve been immersed in the spiritual path, I’d say that this one concept is right up near the top in terms of value added to my life. When bad things happen to me now, I don’t resist. I accept. That doesn’t mean I like what’s happened, but by accepting and not resisting I save myself an ENORMOUS amount of angst and heartache. I wrote an article about this that you can find here.

3. “The spiritual journey is individual, highly personal.It can’t be organized or regulated.It isn’t true that everyone should follow one path.Listen to your own truth.”

What he means: The tendency for many is to want a concrete checklist of items to punch as they travel the spiritual path. Meditate fifteen minutes a day…Check. Read Eckhart, Mickey, Deepak, Ram Dass…Check. Do online spiritual courses…Check. Go to spiritual retreats once or twice a year…Check. Enlightenment diploma, please.

It doesn’t work like that. There is no set path. I think meditation is a huge help for most people. Why? Because it facilitates the only thing I can think of that is indispensable for traveling the path: Listening to the voice/intuition inside us, which Ram Dass calls “Listen to your own truth.” Beyond that, we need to strike our own path.

Why it matters: It is of enormous importance that spiritual seekers keep their focus on the internal, not the external, i.e., constantly looking to the outside world for guidance. Our inner selves know the right path for our journey and it is different for everybody.

4.“I would like my life to be a statement of love and compassion — and where it isn’t, that’s where my work lies.”

What he means: We might be a present, compassionate boss at work, a selfless Rock of Gibraltar for our friends…but moody and aloof at home with our spouse and kids. Ram Dass wants us to take an honest look at our lives and see where we can become even more compassionate. Then work on that.

Why it matters: Evolving and growing into a higher being, as Ram Dass did, requires this kind of practical self-awareness. Where are we coming up short and how can we improve in that area? It’s almost businesslike, which I love. It’s this vigilant self-awareness that separates the truly higher beings like Ram Dass and Eckhart Tolle from the “spiritual leaders” who have sex with their followers or verbally abuse them.

5. “The quieter you become, the more you can hear.”

What he means: Quieting our racing, egoic minds is another way of describing the entirety of the spiritual ballgame. One could go as far as saying that our loud, thought-filled minds cause more damage to humanity than anything else. But when we quiet our minds, through meditation and mindfulness, we open up a connection with the Universe/God/Nature/the Supreme Being.

Why it matters: Allowing ourselves to hear the Universe/God…provides the opportunity to live our highest life, where cues are taken from our inner world, not from our externally influenced egoic mind. I can’t think of anything more precious than that.

Ram Dass is one of the great beings to have graced this world, a deeply compassionate man who truly “got it.” It’s worth incorporating his relatable words into our hearts as we make our way along the spiritual path.