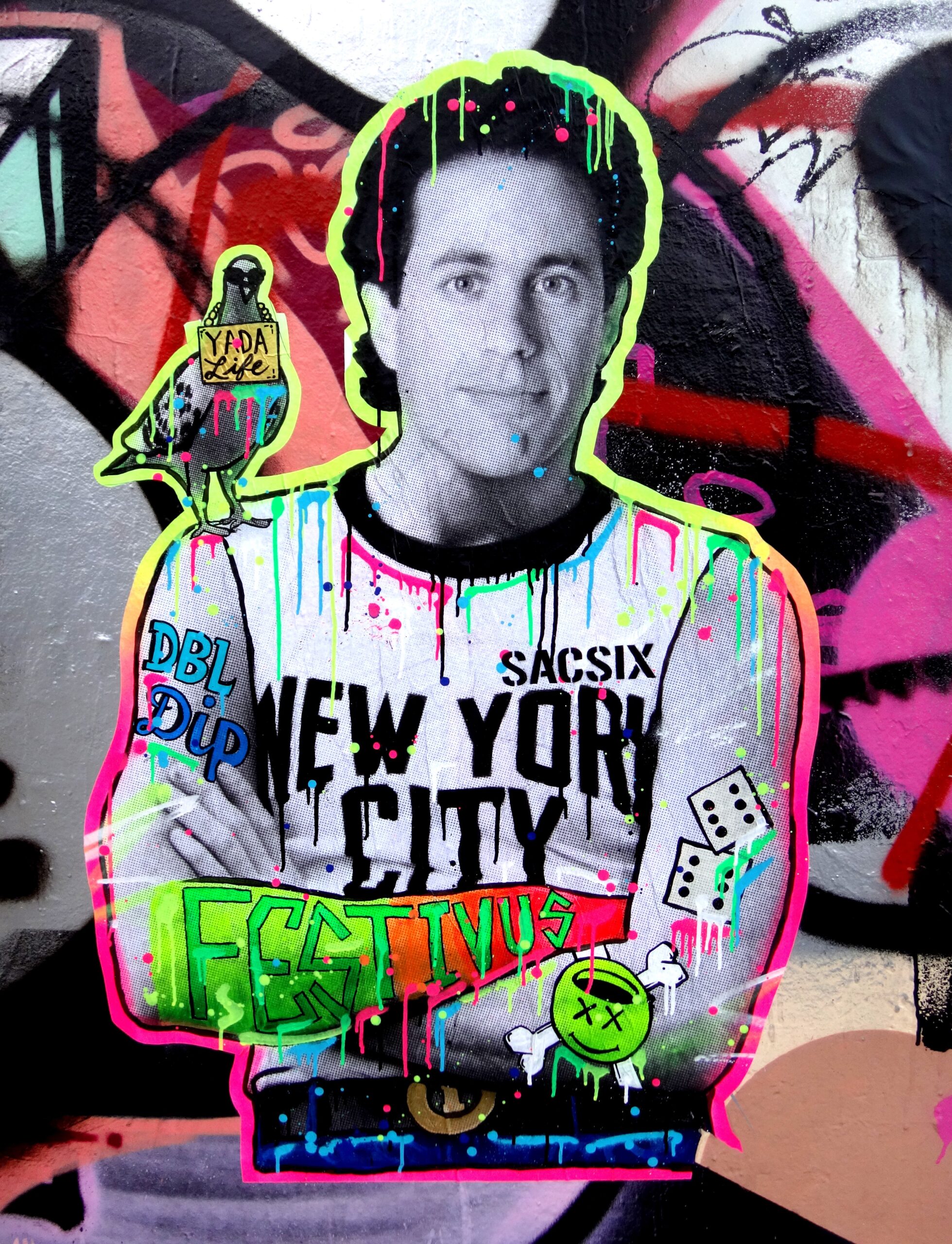 I’ll confess at the outset that Seinfeld is my favorite show of all time. A conservative estimate is that I’ve seen every episode at least four times. George, Elaine, Kramer, the Soup Nazi, Puddy…I love it all.

The show ended in 1998. And yet…When I’m feeling overwhelmed or highly perturbed about something, I’ll borrow from the George Costanza hospital room scene when he thinks he’s had a heart attack and is going to die, and say to my wife, as George did to Jerry:

My four year old daughter even blurts out at me now and then the almost-correct Kramerism I taught her:

Jerry, the star-writer buried in work

While many of you may have watched the show, and even consider yourselves aficionados, I came across something about Jerry that shocked me…in a good way. Here’s the story. Because Jerry not only starred in the show but co-wrote it, along with Larry David, he was ridiculously busy…for nine straight years.

As he tells it in this clip, the pressure was almost unbearable. Why? First, the name of the show is his name so he didn’t want it to suck. Second, once the show hit its stride, the pressure to churn out comedic brilliance twenty-two times a season increased exponentially.

I witnessed this myself when I worked as a television writer on the Emmy-winning show The West Wing. My boss, Aaron Sorkin, also put tremendous pressure on himself to deliver topflight scripts twenty-two times a season. Part of our job was trying to keep his spirits up when he was stuck on a script.

But Aaron left The West Wing after four seasons. Jerry did Seinfeld for NINE! Nine seasons of acting on AND writing the show. So, what does Jerry credit for getting him through the pressure, the hours and the insane workload for nine years?

He said there’s no way he could’ve done that show for so long without meditation. Here’s how he did it. For nine straight years, when everybody else took their lunch break, Jerry went into his office and meditated for twenty minutes. He’d eat his lunch when everybody started working again.

What did the meditation do for him? He said it was literally as if he were a cellphone and the meditation was a charger. It simply gave him a huge burst of energy that lasted throughout the rest of the day.

Working hard in most jobs means lots of active thinking. Lots of mind use. In almost all cases this leads to some level of stress. And as the stress builds our work product deteriorates.

Jerry looks at that from the angle of energy. When we work hard our energy depletes and meditation recharges us with energy, like a battery. Good explanation.

I like this one better. When we push ourselves to the brink at work, think of it as a bathtub inside us that gets filled with stress. When we meditate, we pull the plug on the bathtub and slowly let that stress pour down the drain. When we open our eyes, we feel fresh and ready to go.

The application of this to the business world is patently obvious. Think of how much productivity gets wasted around the globe by workers who just plain peter out, mentally and physically, during their workday.

It boggles my mind that companies don’t pay their employees to learn how to meditate. And then strongly urge them to meditate sometime in the early to mid-afternoon every workday.

This is especially so for startups, which, like Seinfeld, require the formidable combination of long hours AND creativity. It’s a complete and utter no-brainer.

As you’ll see from the above video of Seinfeld, he touts the use of Transcendental Meditation (TM), which centers on repeating a person-specific mantra over and over for twenty minutes. TM is what the Beatles learned in the 1960s from its creator, Maharishi Mahesh Yogi. Oprah, Mick Jagger and a host of other celebrities swear by TM.

I’m of the view that meditation is meditation. It’s just placing your attention on something happening in the present moment, whether your breath, a mantra or sensations in your body.

Meditation is about what we aren’t doing

I agree with Michael Singer who says that the whole point of meditation isn’t really what we’re doing, focusing on our breathing, etc. It’s about what we’re not doing when we meditate — being stuck in our heads, at the mercy of a swirling cacophony of random thoughts. It just so happens that when we do that, we drain the tub of our stress and feel newly reenergized afterward.

Finally, there are many more profound benefits flowing from meditation than just feeling energized, something I’m sure Jerry Seinfeld has experienced. He did say in this Good Morning America clip from 2013 that his meditation was crucial to allowing him to work hard on his comedy work (stand up every weekend and his Comedians in Cars Getting Coffeestreaming show) and also feel like he could be present with his three then young kids.

Better than recharging our batteries

But if businesses, both large and small, induced their employees to develop a regular meditation practice, those workers will garner much more than increased energy. They’ll also experience decreased anxiety and depression, greater focus, strengthened immune systems and a slowing of age-related cognitive decline.

And as I’ve written in several previous articles, they’ll garner something even more important than the above: They’ll become better, more compassionate parents, spouses, friends, coworkers and overall human beings.

So let’s go business world. I know some of you are on to this whole meditation thing, but most of you aren’t.

If you really want to be ‘master of your domain,’ get your employees to meditate.