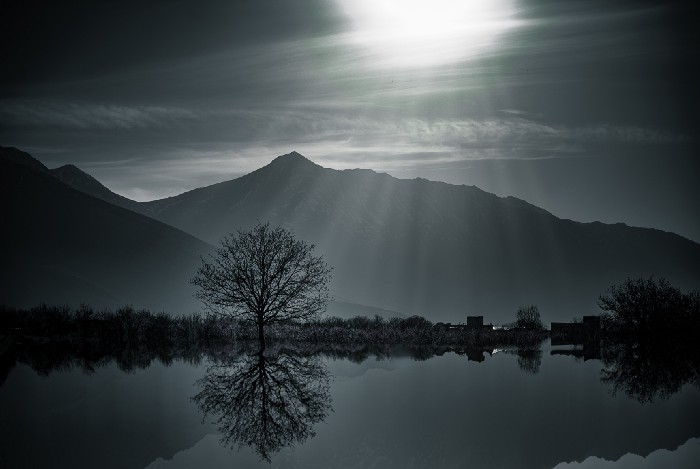 From chapter 30 of the Tao te Ching:

“The Master understands that the universe is forever out of control, and that trying to dominate events goes against the current of the Tao.”

Though Lao Tzu wrote those wise words 2,500 years ago, I’m certain they ring truer today than they did in ancient China. Why is that?

How many of us spend our days wrestling with the world/universe to conform to the way we want it to be? It’s impossible. Yet we keep trying.

A bat shuts the world down

How about this for an example of the pointlessness of trying to outmaneuver and outsmart the universe: Somewhere in Wuhan, China, a bat bit an exotic animal which was then ingested by a human shopping at the Huanan Market. The result? The entire planet has been shut down for seven months. And humans think they can control the universe?

And what has that gotten us? A citizenry that is inordinately anxious, exhausted, angry and unfulfilled.

It doesn’t have to be that way. Why? Because there is another way to live. And that other way can best be described as the polar opposite of trying to control everything.

What is that polar opposite?

Instead of trying to control the universe, surrender to it. Instead of fighting against the reality of the moments the universe has put in front of you, accept them.

Don’t get me wrong. Surrendering doesn’t mean sitting around doing nothing. It doesn’t mean leaving the world behind and moving to a cave in the desert. Or allowing your meddling mother-in-law to walk all over you. Or staying silent and doing nothing if you feel your government or your police department or your society is giving you a raw deal.

What does it mean? Here are some examples of what surrender looks like in your life.

-It rains on your wedding day. You’ve been looking forward to this day since you were five years old. What do you do? Surrender to it. It’s reality. A bunch of clouds became engorged with so much moisture that it turned into water and came pouring down. On your wedding day. There’s nothing you can do about it. Complaining about how unlucky you are won’t change one thing. It’ll just make your day worse. Surrender.

-You desperately want your ten year old son to play football. You played as a kid and loved every minute of it. But he has zero interest in it. In fact, he’s not into any sports. His passion is playing the guitar. What to do? Surrender. It’s who he is. The universe doesn’t want him playing football. So let it go. And encourage him to go whole hog on the guitar.

-You come back to your car in the grocery store parking lot to find your bumper dented. No note. The perpetrator did it and just drove off. What to do? Surrender. It’s what happened. Yes, it will cost you some money and some hassle getting it fixed. But again, getting mad, upset or depressed about it will only make it worse. Surrender. Get on with your day.

Let me stress that if you’ve been a control freak most of your life this won’t be easy. But as I’ve emphasized in many previous articles, there are two keys to success here:

1. Commit to wanting to become less controlling, then —

Be a leaf on a river

Here’s something else to try. Imagine that you are a solitary leaf that has dropped onto a slowly moving river. You’re just floating along. A puff of wind might blow you a few inches. The leaf doesn’t resist it. Just continues floating.

As an exercise, use this scene as a visual. When someone honks at you or hangs up on you or when you feel yourself contract inside because you want to control your kid, your spouse, your friend… simply visualize yourself as that leaf floating with the river, surrendering to any and all forces that act upon it. Just enjoying your peaceful journey down the river of life.

Try this for fifteen or thirty minutes. Set your iPhone timer or your watch. See what happens.

And that’s why the title of this piece says that this passage from the Tao could change the course of your life.

Because if you decide to pursue this path of surrender and stop trying to dominate the events of your life…if you surrender to the universe, big, good things will happen to you.

The first step? Deciding that that is what you want.