All Spiritual Growth Comes From Doing This: Subtracting, Not Adding

David Gerken > Meditation > All Spiritual Growth Comes From Doing This: Subtracting, Not Adding 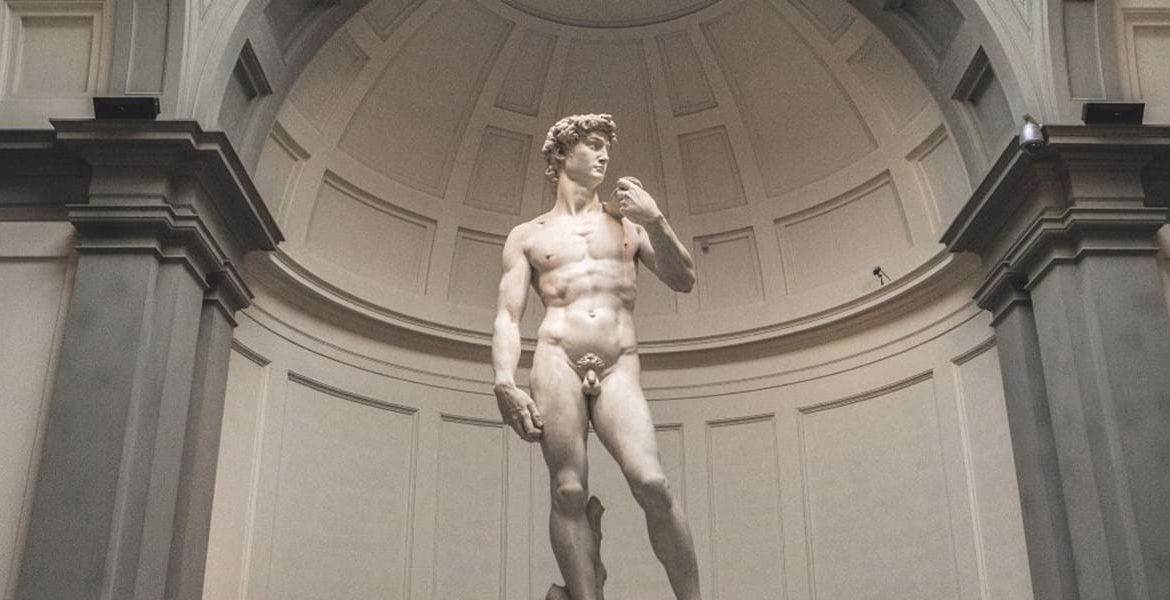 That’s not to say that reading, being positive, eating well and all the rest, are bad for you. It’s to say that if they’re not helping you shed, they’re not doing their spiritual job.

Shed what, you ask? The answer to this question is the whole spiritual ball game and it’s this: The highest path of every human life is to shed the ego that we accumulate over many years, starting in childhood. All of the hurts, the slights, the “I’m not good enough”s, the “I’m right, you’re wrong”s, the judgments about people. Also all the roles we assume — mom, dad, executive, teacher, etc…essentially, everything you think about yourself and everybody and anything else. You need to just let it all go. And what is one left with after doing that? The beautiful, peaceful, radiant consciousness deep inside you, aka, the real you.

Here’s a visual metaphor to illustrate the point. Imagine that you are Michelangelo, the most talented sculptor who ever lived. For his greatest work, Michelangelo took a massive block of marble and started chiseling away, day after day, for over two years, at the end of which he gave the world the sublime statue of David. His process consisted of subtracting small pieces of marble, by the thousands, in a quest to unearth the divinity that lay deep within the originally massive block.

Now if I’m you, I’m asking the $64,000 question: “That all sounds great but how the heck do I just subtract and ‘let go’ of all my inner junk?” For the answer to this, I’m going to go to the well of one of my favorite spiritual teachers, Mickey Singer, author of the bestsellers The Untethered Soul and The Surrender Experiment. I just took his online course Living From a Place of Surrender and it focuses on this very topic. [I highly recommend taking the course. You can find it at Soundstrue.com.]

How to let go of your stuff

Here’s how Singer teaches one how to let go of their garbage (as he calls it). When something happens that stirs up your stuff you first recognize that that has happened. Then you immediately relax, everywhere, but especially in your head and in your chest and stomach area. And then you simply let go. Don’t engage with the feeling, whether it’s anger, fear, sadness or anything else. And don’t think about it and pinpoint it and try and figure out where it came from, etc. Just feel it. Then relax and let it go. Do this over and over and over again. If that sounds daunting just remember this: There is nothing more important that you can do with your time and attention. Why? Because this is the path leading you to your inner David, the path leading you to that calm, beautiful presence that is your natural state, which is blocked by your egoic stuff.

Fine. But here’s another critical question I would ask if I were reading this piece: “You say relaxing and letting go of my stuff is the most important thing I can do with my life. What do you mean by ‘my stuff?’ Give me some specifics.” I’ll break it down into two categories — little stuff and bigger stuff.

What I mean by “stuff”

Little stuff would be the anger that rises up inside you when someone cuts you off in traffic or drives 20 MPH below the speed limit. Or when a red light seems to have been red FOREVER and you completely lose your head. The most important thing is noticing when these things happen and feeling the anger/frustration within you. Then relax for five or ten seconds. And then let it go.

For the bigger stuff I’ll give an example from my life. First, some quick background on me so you’ll better understand my stuff. I come from a successful family with a father who was a Fortune 500 CEO. Long story short, lots of pressure on the kids to succeed. So after graduating from Princeton I worked in Washington, DC, for 15 years as a congressional aide and then as a lobbyist. I then spent fifteen years in Hollywood as a writer on shows like The West Wing and others.

Then recently I decided to devote myself to writing about spirituality, with an emphasis on spreading meditation as far and wide as I can. I’m still in the early stages of this endeavor, which means working at home and making no money.

My wife stirs my stuff

So back to my stuff, which means enter Stephanie, my wife. She’s working a regular job making good money. But her commute sucks and sometimes she gets frustrated and exhausted. Then she gets home from work, looks at me, making no money and working from home (where I have a 15 second commute from bedroom to office) and…well, sometimes she explodes at me. Tells me to get a real job. Or she’ll call me from the car, mired in traffic on her drive home and say something like, “If you don’t have anything better to do, can you pick up some diapers at Ralph’s (we have a two year old)?”

This of course pushes the deepest button inside of me — the feeling of failure and not measuring up in the world. In years past I reacted by launching a retaliatory nuclear missile right back at Steph, which only escalated the war and made us both feel terrible. Recently I’ve responded by stopping, noticing the deep anger I’m feeling and then relaxing and letting go. The result? Averted wars. But even better than averting wars, when I focus on letting go, I chip off one more piece of marble and get closer to this David becoming THE David.

Everybody’s got stuff. No one is immune. What’s yours? Maybe you’ve battled with your weight your entire life. And you’re out to lunch with your mom. You order a cheeseburger. And she gives you “the look.” Or worse, she says, “What about the veggieburger? It’s so much healthier.” At which point lava explodes through the top of your head and you let your mom have it. Or maybe you grew up with a father who didn’t listen to you. So after your husband tells you he doesn’t remember you telling him something (which you told him THREE times!) that latent anger from your childhood sprouts up and you scream at him. Well, next time something like this happens, the very first thing you need to do is STOP. Catch yourself. Don’t react. Just notice the anger. Then close your eyes and relax. Take a few deep breaths. Then let go.

The key to the whole process is practicing NOTICING when your stuff gets stirred up. You can’t relax and let it go unless you first get yourself to notice that’s it there. And in the beginning that’s hard. Why? Because all your life this stuff has come up and you’ve been in the habit of just reacting to it. So it will take a lot of practice.

Meditation will strengthen your noticer

The absolute best way to strengthen the noticer inside you is to develop a meditation practice. All meditation is is sitting quietly and following something happening in the present moment, like your breath. Then, when your mind wanders, and it will, you simply notice that that has happened and bring your attention back to your breath. That’s all it is. When you practice this on a regular basis your noticer “muscle” inside will strengthen.

How does this manifest in your everyday life? You’re at a red light and you notice that you’re getting annoyed, just the way you notice when your mind has wandered off during meditation. But now you cut it off at the pass. You feel the impatience and frustration, then relax, then let it go.

How do you get started with meditation? Contrary to what you may have heard, it’s not that big a deal. Here’s what you do. When I started meditating six years ago I created my own program. I made it simple, doable and designed it so that a regular person, like me, would be successful in developing a long-term practice. The program is eight-weeks and starts off with meditating for two minutes a day then building gradually from there. I strongly urge youto try it. It’s free. You can access it at davidgerken.net.

So subtract, don’t add. Make shedding your stuff the focus of your life. And be vigilant. And patient. This “stuff” has been inside you for most of your life and is lodged in there nice and tight. But the work it takes to dislodge it and let go of it is worth it. Because the prize is the real, natural, calm, compassionate beautiful being that resides inside every one of us.