The College Cheating Scandal: A Teachable Moment for Parents and Teens 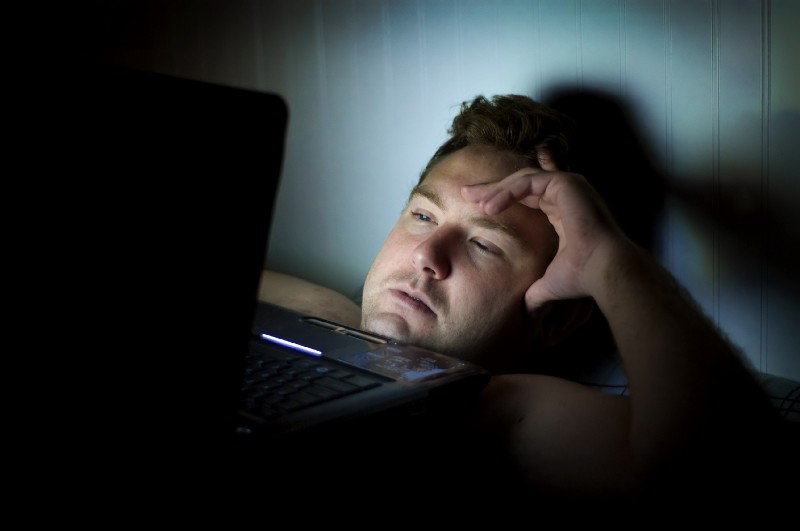 Parents paying thousands of dollars to illegally rig the system so their kid can improve their SAT score. A couple shelling out half a million bucks to a university sports coach to get their daughter in as a phony recruit. This is shocking behavior that requires our full attention, right? Wrong. Because if we focus on this tiny sliver of awful conduct we’ll be overlooking the far more important problem that does require a national reckoning: the college admissions process in America that has gone over a cliff in the past few decades, to the detriment of the many millions of disillusioned kids affected.

As someone with eleven nieces and nephews who’ve navigated the college admissions game in the past ten years, I’ve been a front row observer. Their stories were all too similar — major anxiety over standardized tests, grades, whether to hire a “consultant,” friends fretting with friends over who was going to get in where and parents hovering over everything, every step of the way.

A recent Pew poll revealed the dire situation faced by America’s teens. When asked what pressures they feel most in school, 61 percent of teens listed getting good grades. This dwarfed looking good (29 percent), fitting in socially (28 percent), being good at sports (21 percent), drinking alcohol (6 percent) and using drugs (4 percent). Although not stated in the poll, it is safe to infer that these kids feel academic pressure mostly for one reason: so they can get into a good college.

Did this craziness exist when I applied to college in the early 1980s? Yes. But the angst felt by the kids and the parents was far less severe than today. I’m the youngest of six kids and my parents played little role in any of our admissions work. Sure, my dad wanted all of us to go where he went (Wesleyan), but other than that, we studied for the tests, wrote our essays and applied where we wanted to apply. And we did just fine. I went to Princeton and the other five went to Harvard, Stanford (2), Wellesley and Wesleyan (my dad got one, at least).

So who’s at fault for the chaotic frenzy the admissions process has become? There’s lots of blame to go around, but I’d put parents at the top of the list. They have decades of experience as adults. They should know that it is awful for their child’s well-being to get them all spun up about getting into the best college they can. “If you want to get into X you better study your ass off for those ACT’s. And you need to ace your calculus final, too. Now, let’s go over your application essay. I feel like it needs to stand out more. It’s too pat…” This kind of thing is the norm, not the exception.

Why are parents doing this? I think there are two motivations and both are bad. For one group of parents, pushing their kid to get into a good college is about THEIR egos. Of course, no one would admit to that. But the fact is, they want to tell their friends and peers that junior is going to Stanford, Harvard, UCLA, etc.

The second parental motivation is even worse for the kids: Fear. Fear that if their kid doesn’t get into a good college they will never make it in life. So the emphasis with their kids is on getting good grades and excelling in everything with the hope that if they do, they’ll get into a good school and thereby secure their future. The subtext of what these parents are telling their kids is, “Honey, I love you, but I have no confidence in you. If you listen to your insides and strike your own path in life you are probably going to be a huge failure. So just work hard on your academics and follow the regular path that American society has set for you — go to a good college, get good grades there, then secure the best job you can get and settle into a career…”

Is this fear-based parenting understandable in many people? Yes. Maybe they grew up during the Depression or had parents who did. People raised under those circumstances generally fear that poverty and starvation are just around the corner and live their lives accordingly.

Now obviously parents aren’t the only ones at fault here. The kids also buy into the admissions frenzy. I was 100 percent guilty of it myself. I spent an inordinate amount of time and energy in my high school years keeping my “eyes on the prize” of getting into a good school. And while there was some indirect pressure from my parents and siblings, it was my own insecure ego that drove most of it.

And I got in to Princeton, usually thought of as one of the best, if not the best, colleges in America. Great, right? Yes and no. I had a good experience at Princeton and met some lifelong friends there. I have no regrets about going there. What I do have serious regrets about is how and why I ever wound up there in the first place.

Because the singular focus on studying and excelling in tennis (which helped me get in) carried with it a steep opportunity cost. Turns out that spending all of my psychic energy pursuing excellence so I could get in to a great college diverted me from focusing on the most important thing a young person can do: digging deep inside and asking myself who I was, what I really liked and what I really wanted out of life. Some people come to that naturally. I didn’t.

Making matters worse is that this “go for the best” mentality that gets you into Princeton doesn’t stop for most people. Because then they need to do the next “big” thing which, in the mid 1980s when I was there, was either going to a killer law or medical school or getting a job on Wall Street at one of the big banks (Morgan Stanley, Goldman Sachs, et al). Then it’s clerking for a federal judge or making a boatload of money working eighty-hour weeks on Wall Street. And it never ends, which is sad because the vast majority of these high-achiever types are some measure of miserable.

By the way, you know who DOESN’T take this “I just want to be big for the sake of being big” route? The visionaries. The people who actually change the world. I’m talking about Steve Jobs and Bill Gates and a classmate of mine at Princeton named Jeff Bezos who happens to be the richest person on the planet. These are people who followed their noses, their passions, their guts. They didn’t care about the keeping up with the Joneses status stuff. Jobs dropped out of Reed College his freshman year, Gates dropped out of Harvard after his sophomore year to work on what would become Microsoft and Bezos left a promising Wall Street career to create Amazon in his garage.

Which brings us full circle to the insanity of today’s college admissions world. Let’s start encouraging our kids to look inside themselves and let the voice they hear be the guiding force in their livesand not the lifeless path beaten by blind devotion to American societal norms. It takes courage to do that, on the part of kids AND their parents. But it is SO worth it. I remember a brilliant roommate of mine at Princeton who DID beat his own path in life. He had a sign on his door that read: “The only true success is to live your life in your own way.” So true.

Where you go to college less important than ever

The massive irony in all this is that where you go to college is less important now than at possibly any time in American history. Why? Because the working world has become massively decentralized. In the old days, let’s call it pre-1960s, if you went to Princeton or Harvard you were virtually guaranteed an upper class life from graduation day until you were laid into the ground. A white shoe job on Wall Street or at any number of Fortune 500 companies was yours for the taking.

But that’s not where the world is now or where it’s headed. The internet has leveled the playing field such that independent thinking, ingenuity and an enterprising nature determine success far more than pedigrees like the college you attended. An angel investor in Silicon Valley doesn’t care if you went to Princeton. He cares about the soundness of the idea your pitching him.

So yeah, Felicity Huffman, Lori Loughlin, my fellow Corona del Mar High School alum Mossimo Giannulli and many others took unconscionable actions and should be punished for it. But they’re just extreme examples of the underlying problem of the awful college admissions rat race currently infecting our country.

What to do about that? Let’s start with urging parents and school counselors to stop scaring teens into thinking that if they don’t end up at a great college their futures will be bleak. And let’s get our teens’ eyes focused on the real prize: looking inside and discovering their true passions. As the great scholar of myths Joseph Campbell once said, “Follow your bliss and don’t be afraid. Doors will open where you didn’t know they were going to be.” A teen that has the courage to follow their bliss instead of blindly grinding away on their studies? That’s where you find your next Jeff Bezos.