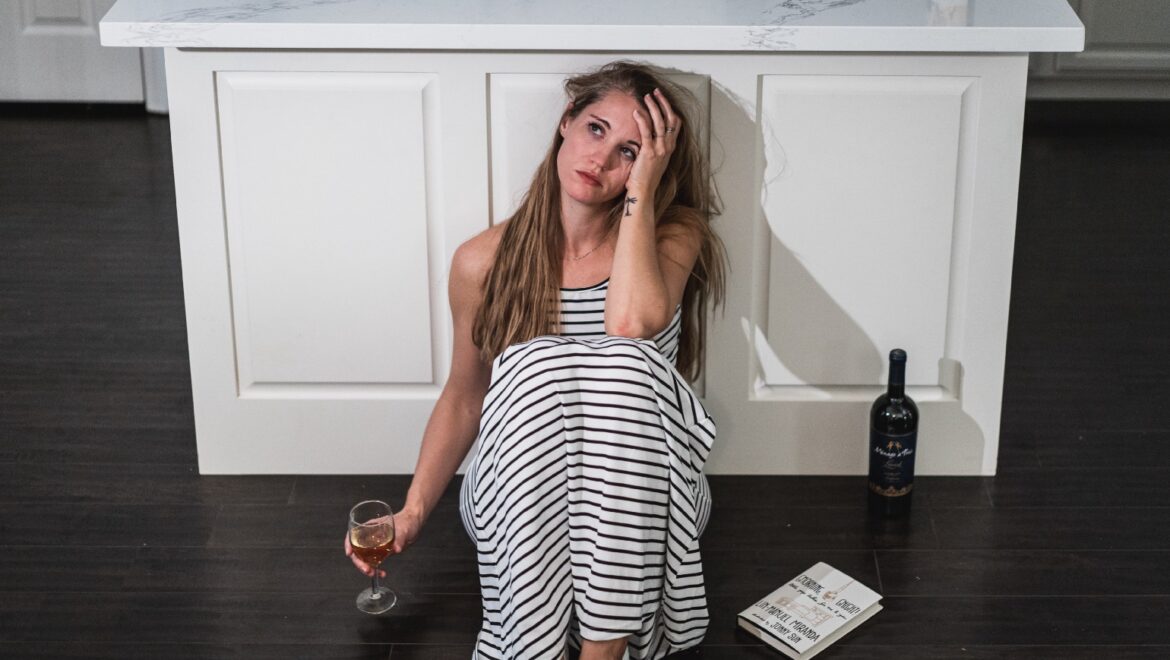 Do you know people who constantly obsess over their life situation? And vent to you about it…constantly? The same conversation, over and over. Often year after year. I know scores of people who fit this to a T.

Before diving in, let me first define what I mean by ‘overall life situation.’ That would be things like changing jobs or careers because you’re not satisfied with what you’re doing. Or maybe it’s about balancing your job with spending more time with your kids. Or if you’re a stay-at-home parent, it might be that constant tug in your belly urging you to go back to work, even part-time. It’s the big pieces on the chessboard of your life.

My friend, the obsessor

This idea came to me the other day after a good friend obsessed to me, yet again, about her life situation. She’s trying to figure out a healthy work-family balance. And, within that, she’s trying to navigate two jobs, one that helps pay her bills and another that is more a labor of love but pays less consistently.

She tells me she wakes up at four a.m. with thoughts buzzing around her head like atoms circling the superconducting super collider.

“Should I blow off the small business? But I love what I’m doing. Maybe I should blow off the real job and give everything to the business. But then I’ll lose my health insurance. And damn it, I’d really love to spend more time with my kids. I need to figure this out!”

This same conversation goes on in her head, on and off, every day. And also with me, her friends and family. And this is the kicker, and also a main point of this article:

What doesn’t work? The obsessing and figuring out doesn’t accomplish her chief objective: Figuring it out. How do we know this? Because these issues persist, on and on, and nothing changes.

Most people do this

If it sounds like I’m criticizing or judging or singling out this friend, I’m not. Because I know tons of people who do the same thing. And I’ll bet you do, too. You might even be one of them!

Before we get to what does work, let’s examine why obsessing/trying to ‘figure it all out’ doesn’t work. It’s simple. It doesn’t work because the entity we’re going to for the answers doesn’t know squat.

That entity is the ego, the thought-producing, critical, fearful, Nervous Nelly inside all of us. It’s the sum total of all the experiences we’ve had in life that we didn’t let go of. That are still stuck inside us causing angst.

To use my friend’s example to illustrate this, she has always been a financial worrier. Why? Because her parents instilled that in her, even though they never experienced anything close to real financial insecurity. AND she herself has tons of financial security now. So when she adds health insurance to her two jobs and kids ‘balancing’ equation, it’s misplaced. She shouldn’t worry about it. But her fearful ego insists on worrying about it…and everything else.

Do you see how ‘figuring it out’ by using our egoic minds is a no-win situation? It’s like asking a five year old for help with your calculus homework. They don’t have a clue!

Let’s end this ‘obsessing doesn’t work’ section with a brief summation. Obsessing/trying to figure everything out in your head: 1. Doesn’t work, and 2. It makes us feel like crap.

I’m telling you this to incentivize you to stop trying this. Each time you find yourself waking up in the middle of the night trying to figure out your entire life, STOP. Tell yourself that 1. it won’t work and 2. you’ll just feel terrible as a result.

You may as well bang your head against the wall

Maybe this comparison will help you. And I’m serious about this. Using the method of trying to ‘figure it all out’ in your head is no different than if you tried banging your head against the wall. So hard that you almost pass out. Why? Because both of those methods do the same thing: 1. They don’t work and 2. They hurt you.

Let’s use that as our segue to what does work. If I had to sum it up in as few words as possible, it would be this:

Get out of the way.

What does the ego need to get out of the way of? The natural, true path that the universe has in store for you. When your ego wakes you up at four a.m. and starts yammering away, you can forget about finding the path that is best for you.

Ignore your ego as much as you can

What does getting out of your own way look like in practice? Obviously, ignoring your ego as much as possible is job #1. So when you catch yourself obsessing about switching jobs, etc., you simply say to yourself, “This doesn’t work and it makes me feel like crap. Let’s get the hell out of the way.”

How do we get out of the way of our yakking mind? If it’s four a.m., try counting 100 breaths to get your mind off your situation and get back to sleep.

If it’s during waking hours, do something that requires your attention. Yoga. Lift weights. Watch a movie. Call a friend (just don’t talk about your life situation!). Or here’s a novel idea: Focus your attention on your actual work, rather than on “Gee, do I really want to do this work? Is it right for me?” Do anything but obsess about your life.

Yes, there’s a place for planning

Obviously, we need to use our minds to plan and think about what we want to do with our lives. The problem is that most people spend 90 percent of their time in obsess/figure it out mode and 10 percent on actually living their lives in present mode. The goal for all of humanity should be to flip those numbers.

If you’re used to obsessing, pulling off this transition to getting out of the way will require one big thing:

Trust in what? Life. The Universe. God. Jesus. Allah. Nature. Whatever your belief system is.

Why is trust required? Because I’m urging you to get out of your own way to let something much bigger than you (ego) take over the wheel of your ‘life car.’ But you don’t know that bigger entity so why should you entrust your life to it?

When you freak out about your life for the umpteenth time and the ego dives in and says, “Okay. That’s it. It’s time to figure out the exact right job/career for us. Once and for all. Right now!” you actually think that that is going to help. That’s why we all do it.

It’s important to understand that most human behavior makes sense, even if it is crazy and destructive. Ever know of a woman who was physically abused by her awful, alcoholic father who then ends up marrying an awful, abusive alcoholic? It’s crazy, but it makes sense. Because that is what she is accustomed to. In some sick way, it actually feels right to her. There are countless examples of this.

It’s the same here. We think obsessing will help us because our egos convince us that is so. But, again, our egos are wrong. Egos are TERRIBLE at figuring out what’s best for us.

Being present is paramount

What that life of ‘getting out of the way’ looks like in general is this: Spending as much of your waking moments as possible in the present moment. And NOT fretting about the future or bemoaning the past.

When we do just that, good things tend to happen. God/The Universe, etc., can express itself through us when we’re present. Not so when we’re stuck in our minds.

That’s how we find our path. It comes to us when we live this way. There’s no need to get out a yellow legal pad every day and write at the top of the page “What the hell am I doing with my life?”; followed by an hour of ‘trying to figure it out.’

At least take this one thing from this article

If you take away only one thing from this article, I hope it is realizing that obsessing doesn’t work. So that when you do it, you catch yourself and say, “No. This doesn’t work. And it’s bad for me. Let’s nip this in the bud right now and do something else.”

If you want an example of how this ‘get out of the way’ thing can work, look no further than yours truly. I was a thinker/planner/obsesser for decades and all it did was tie my stomach up in knots.

But for the past several years I’ve been living according to the following mantra:

Be present and trust in life.

And it’s worked. I’ve never been happier or more fulfilled. I put my attention on present-oriented actions like writing these articles and being present with my family and friends.

I don’t spend an iota of time or energy on things like figuring out the Medium algorithm or trying to work the system to boost my followers, or obsess over expanding to Twitter, Instagram, Youtube or Tiktok. The result? In the past year I’ve gone from roughly 10,000 to 100,000 Medium followers. I did absolutely nothing other than give my all to writing the articles.

The long and the short of it is, if obsessing/figuring it out doesn’t work and makes you miserable, why not try something else? Look at yourself as the President of Ferrari of North America. You’ve been focusing all of your sales efforts for years on rural Kansas — a place where people don’t want or need Ferraris. And your sales have sucked! For years.

A smart businessperson would try something different. So should you!

Try being present and trusting in life. It takes some strength, courage and work, but it works.

Best of all, it’s a win-win. We feel better, more centered, calmer and happier when we’re present. AND we find our path.

Give it a try.

Be present and trust in life.