For a Fulfilling Life, Follow R.W. Emerson’s Definition of Success 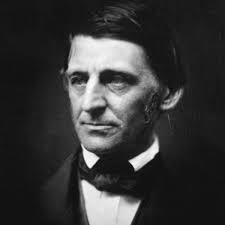 Ralph Waldo Emerson’s final declaration in his treatise on what makes for a successful life is timeless, universal and applies to us all. It is this:

“To know that even one life has breathed easier because you have lived. This is to have succeeded!”

So true. Helping someone else “breathe easier” in their life is paramount, in my opinion, and should be asignificant part of anyone’s view of success. For their sake and the world’s.

Unfortunately, American society doesn’t share my view. Success in America is far too often measured by how much money one makes, what kind of car one drives, how big one’s house is and how important one’s job is.

It’s not that Americans don’t think that helping people is a good thing. They do. It’s just not very far up the pyramid in their definition of success.

My struggle with American-style success

This American view of success has been my personal Achilles heel for much of my life. I grew up the youngest of six kids with a father who exemplified the American ideal of success. My dad rose to become the CEO of a Fortune 500 company and served on the board of directors of several more. He was a corporate titan in California in the 1970s and 1980s, which happened to coincide with my formative years.

How did that rub off on me? For one, he told me repeatedly as a kid that I could be president of the United States if I really wanted to. I kid you not.

This chasing of American success led to spending my teen years focused on getting into the best college I could, which turned out to be Princeton. That was followed by fifteen years in Washington, D.C., working for current Speaker Nancy Pelosi and also as a lobbyist. Then fifteen years in Hollywood working as a writer for television (The West Wing and some other less well known shows).

Throughout all of it was the consistent pressure to be a “success.” But none of it felt quite right to me. I felt like I should aspire to powerful positions in Washington and running important shows in Hollywood, but never felt it deep in my gut.

Meditation woke me up

It wasn’t until I started meditating regularly seven years ago that it really sunk in that traditional American success isn’t something to put at the top of one’s aspirational pyramid. I don’t think there’s anything wrong with working hard and reaping the benefits of one’s labor. What I am saying is that if the benefits your shooting to reap are money, fame, power and status, you are doomed to a life that will always feel lacking. There will always be a sense of emptiness and inner unease.

I’ve seen it in people I worked with in Washington who reached some of the highest levels of power in the government, and also in Hollywood where colleagues rose to run popular television shows. Most aren’t happy people.

I firmly believe it’s a natural law of the universe that chasing money, power, fame, etc., CANNOT lead to inner fulfillment. They are mutually exclusive.

Which brings us full circle to Emerson’s definition of success: “To know that even one life has breathed easier because you have lived.” Most people who live this credo do feel peaceful inside. They are the ones who go toward, not away, from a friend who’s getting divorced or who just got a cancer diagnosis or who regularly checks on their elderly neighbor whose wife just passed away.

The givers always win in the game of life

My other natural law of the universe is that these people who consistently reach out to help others “breathe easier” are paid back with benign karma that comes in many forms, but that shares one common trait: These givers feel good about themselves and feel a sense of peace inside.

Of course, what I’ve written here is nothing new. Versions of the “Good things come to good people, while bad things come to the selfish and avaricious,” have been the subject of novels, religious texts and philosophical works for thousands of years.

I’ve written this piece as yet one more reminder that what has been true throughout the ages, still is: Being good to your fellow man/woman is good for everybody. As a natural law of the universe, it’s heartening to know that that will never change.