My 4 Step Strategy for Changing Careers – I’ve done it twice. 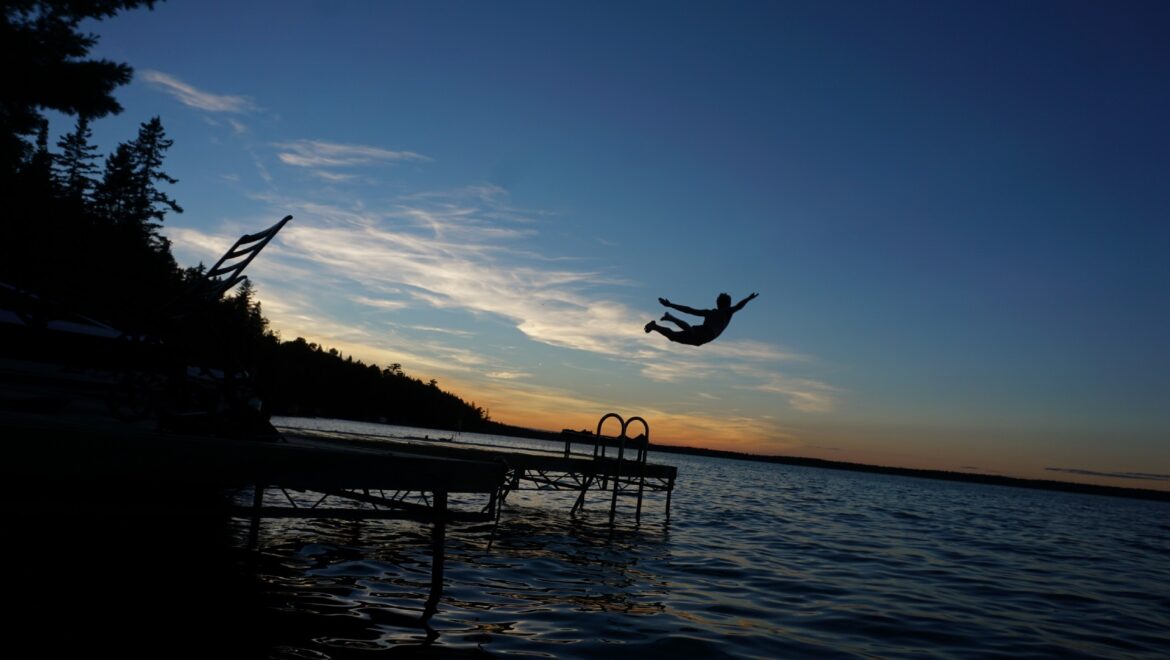 Career changes these days are more common than ever. The decentralization the internet has wrought coupled with a societal push to pursue our dreams has resulted in the demise of the 40 year career at General Electric topped off with a gold watch. Amen to this trend and the squillions of tortured souls it has saved.

But if you’re in a career that isn’t floating your spiritual boat, you still have to navigate both your exit and entry from and to your old and new path. As someone who has done this twice, I feel like I can add some value to the conversation. I’ll do this by recounting both of my experiences.

After graduating from Princeton, I packed my bags and headed to Washington, D.C. I’d interned for Senator George Mitchell of Maine the summer between my junior and senior years and had a blast. So I decided to give it a full-time go.

After a few years of toiling in the Capitol Hill trenches for two congressmen, I fell into the lobbying business. I made great money for several years, but my heart was never in it.

Why? Well, that saying about ‘it’s not what you know, it’s who you know’ is truer of lobbying than any profession. In my case, I’d gotten to be good friends, in my mid-20s, with several powerful senators because, as the former captain of the Princeton tennis team, they had a blast getting me out on the court.

Don’t get me wrong. That was really cool. I’ve already written about one of those experiences when Senator J. Bennett Johnston took me to the White House court to play doubles with President George H.W. Bush. (Here’s the link to that article.)

Voting to kick Saddam out of Kuwait

There was also the time that I played doubles at the indoor senate court with three senators, including my former boss, Majority Leader Mitchell. They huddled together in the locker room about the vote that very night on authorizing the elder President Bush to use military force to remove Saddam Hussein’s forces from Kuwait. The vote was tight and Mitchell needed his two tennis colleagues to vote yes. And there I was, a 26-year-old nincompoop fly on the wall, witnessing history being made in front of my eyes.

But the point for me was that I had nothing to do with any of it. I was a guy making a lot of money because some powerful politicians liked to play tennis with me. Slowly but surely, my soul deflated, like a balloon with a tiny leak.

Then something momentous happened one night early in 1997 after an incredibly fun night at the Inaugural balls celebrating President Clinton’s second term. I partied that night with a group that included a comedian. A good one. This dude was hilarious.

But guess who got the most laughs in our group that night…by far? Yours truly. I was on.

I’d been wondering what the heck I could do to get out of lobbying. So I went into the office over the weekend, sat at the conference table with my yellow legal pad and wrote at the top, “Creative Stuff.”

Cracking up my family

Since the age of six, when my parents and older siblings would howl with laughter at my impersonations, I’d always fancied that I had creative talent. So, inspired by my comedic night with the comedian, I decided to give it some thought.

First, I tried to come up with some jokes. I got nowhere.

Then I tried coming up with movie ideas. Knowing all these powerful people sparked an idea. They all work so hard to move up the ladder. City councilman, state assemblyman, congressman, senator…Sen. Mitchell reached the top of the Senate. A select few reach the Oval Office.

So, my idea was: What’s the next step up for someone who is president? They always want and need that next thing. My answer? They’d want absolute power.

Long story short, I came up with a movie about how a president of the United States maneuvers to take over as a dictator. It was quite fictional back then, but now? Yikes. I won’t go there.

What did I do with this wacky idea? I pitched it to my incredibly close friend of many years who had been a writer in Hollywood since we graduated college. He loved it. So we worked on it. For a year and a half.

It got great reception when we finally went out with it. Alas, it didn’t sell. But in that year and a half I learned a ton about dramatic writing from a talented, proven writer.

So, what then? I spent the next year writing my own screenplay.

And then…it was time to you-know-what or get off the pot. I was either going to be a dabbling dilettante writing from DC or I was going to load up the truck and move to Beverly. Hills, that is. (A little Beverly Hillbilliesriff there for you.)

Anyway, that’s what I did. I moved to Santa Monica. Went from a decent house in DC to a tiny apartment in Tinseltown. And I started over. Worked hard. Wrote as much as I could. Then…

After a year and a half, I got a job on the writing staff of the hit show The West Wing. Bing, bang, boom, I was now ensconced in my new career as a television writer.

After many years of ups and downs in the entertainment “biz,” I decided it was time to get out. The jobs were getting tougher and tougher to come by and I knew that, with two young kids, I couldn’t rely on a viable Hollywood writing career for the long haul.

So what did I do? The same thing I did in DC. I looked for something new and interesting to thrust myself into.

That thing happened to be meditation and mindfulness, which I’d been practicing for around five years. I was drawn to not only practicing this stuff but also learning about it, reading all the books, taking the courses and listening to the great teachers.

From screenplay to meditation book

This time, the first thing I did wasn’t to write a movie. It was to write a book. I took all that I’d learned in those first years of practicing and learning about the spiritual path and put it in a book. My twist was that I came at it from a lighter, more humorous angle and toned down on the heavy “woo woo” thing that turns off so many regular folks out there.

But I wrote the book while still continuing on in the writing biz. Then, instead of packing up and moving to Hollywood, I packed up and moved from Hollywood to Newport Beach, where I’d grown up.

And, again, I started over. I shopped the book around, created a website and started writing articles for Medium. By the way, I’d never heard of Medium, but was told it was a great place to build an audience by bestselling author and Medium stalwart Ryan Holiday who did some consulting for me.

This was about three years ago. I added teaching online meditation and mindfulness classes in the middle of 2020. And…that’s where I am at present. Ensconced in my career as a writer and teacher of all things spiritual.

Am I a zillionaire author and teacher who gets interviewed by Oprah Winfrey on Super Soul Sunday? No. But I’m exerting a ton of effort into something I deeply believe in and am happy as a clam.

[For the longer version of my Hollywood odyssey and transition into spiritual work check out this previous article.]

Now let’s turn to that four-step strategy that I followed.

If you’re miserable doing what you’re doing, be good to yourself and decide you want to do something else.

CRITICAL POINT: This doesn’t mean you have to quit what you’re doing. This would probably freak you out and paralyze you from moving on to something else.

STEP 2: Find something you think could be your next career.

CRITICAL POINT: Don’t think that whatever you come up with has to be your next career. Again, this will only paralyze you. I didn’t know that writing in Hollywood would be some perfect career move; same for the move into the spiritual space. I’m fortunate in that both have felt right, but you never know until you try.

STEP 3: Immerse yourself in that area you think may be your next career while continuing in your current one.

Go for it. I spent a ton of time writing those screenplays before heading out to Hollywood. And I loved it, by the way. I also enjoyed writing my meditation book.

Obviously, everyone’s circumstances are different. If you’re a single mom, investment banker working ninety-hour weeks, it might be tough to find that extra time. But there’s always a way.

STEP 4: If you immerse yourself in something and it feels right, take the plunge.

Yes, that means pack up the car and move to Hollywood, or whatever it takes for you to go the whole hog on your next venture. The key to this is obviously timing. You will be the only one to know when the time is right to cut ties with your former career and dive into the ocean on the next one.

The elephant in the room here is that, of course, it takes strength and courage to jump into the ocean of a new career. But a couple things to keep in mind.

First, if it doesn’t work out, you move onto something else. You land like a cat. And you keep going until you find something that feels right to you.

Second, I always think back to a Jerry Seinfeld interview I saw years ago. After he graduated from college and took the plunge into a comedy career, he said of that decision:

Do it! Bet on yourself.

Finally, there are these words from Steve Jobs’ famous 2005 commencement speech at Stanford:

“You’ve got to find what you love. And that is as true for your work as it is for your lovers. Your work is going to fill a large part of your life, and the only way to be truly satisfied is to do what you believe is great work. And the only way to do great work is to love what you do. If you haven’t found it yet, keep looking. Don’t settle. As with all matters of the heart, you’ll know when you find it. And, like any great relationship, it just gets better and better as the years roll on. So keep looking until you find it. Don’t settle.”

While it may seem like a big deal to change careers, try not to overthink it. To sum up:

1. Decide you want a new career.

2. Find something you may want to do next.

3. Immerse yourself in that world.

Go for it. You, everyone around you and the world will be better off because of it.