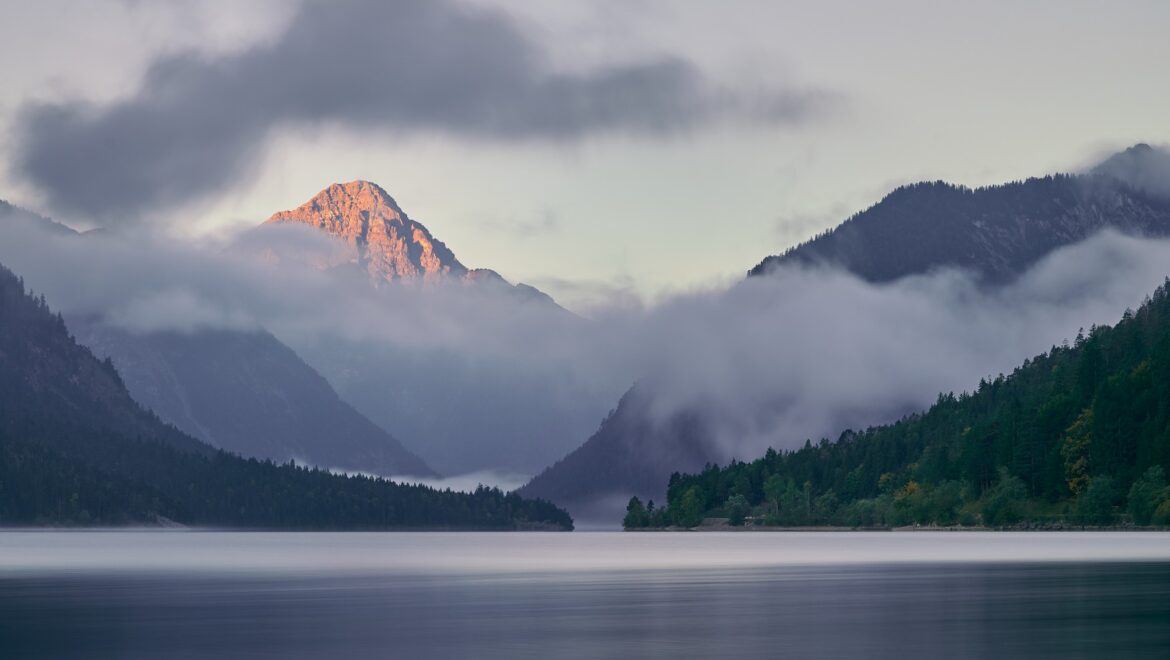 I’ve written extensively these past few years about many spiritual heavyweights. Ram Dass, Ramana Maharshi, Lao Tzu, Rumi and many others. In doing so, I’ve come to realize that most of them fall into one of two categories. The vast majority are those whose teachings resonate with me and fortify me on my spiritual journey.

Then there’s another, smaller group whose main contribution is simply their bearing. It’s not so much what they teach as it is the power of their presence. For me, Eckhart Tolle is precisely that, which is why he’s my favorite spiritual person.

I’ve subscribed to Eckhart’s online site for over ten years. And it’s been worth every penny. Again, not so much for his teachings, but simply experiencing his presence.

My main “use” for Eckhart’s talks is to listen to them for around fifteen minutes right before meditating in the morning. Experiencing his presence smooths my transition into attaining presence in my meditation sessions.

Yes, I loved The Power of Now. And yes, I value his basic teaching that we are not our thoughts, but rather the deep, spacious presence that is aware of those thoughts.

But I find that listening to and watching Eckhart is a spiritual practice in itself. People like Eckhart, and there aren’t many, who are so conscious — i.e., they project almost no ego — have the ability to tap into that deep essence awareness that all of us possess…but that is mostly buried by our egoic baggage.

Why Eckhart makes me feel better

So every time I listen to Eckhart or, more accurately, experience him, I just feel better. Calmer. It’s as if his awakened self talks to my awakened self. And that feels good. I would think many others feel the same way.

Truth be told, every one of his talks sound the same. There’s little variety in his subject matter.

But it doesn’t matter to me because, again, it’s about his consciousness, not his teachings. Bottom line: I just love the guy.

He’s like a modern-day guru in that people learn by simply experiencing him. Much like Ram Dass’s relationship with his guru, Neem Karoli Baba, who apparently taught very little, but whose mere presence was enough to literally transform people’s lives. (More on him in an upcoming piece.)

As for teachers whose teachings have resonated most with me, it’s a long list, including Ram Dass, Lao Tzu and many others. But the Grand Poobah for me is Mickey Singer.

Why? Before getting to that, it’s worth summing what I believe to be the macro teaching of all these traditions. I know it’s insane to even attempt this, but here’s my crack at it:

We are not our minds. We are that god-like, deep, beautiful spirit within that is obscured by our busy minds, just as clouds obscure our view of the sky.

How do we still our minds, remove those clouds and merge with the sky/beautiful entity inside us?We get quiet inside. By practicing meditation, mindfulness and any number of spiritual techniques that facilitate our ability to keep our attention on the present moment.

Here’s where the rubber meets the road, because most teachers stop there. Mickey doesn’t.

He goes one, indispensable step further. What is that step?

It’s about letting go of our samskaras

Mickey would call it letting go of our samskaras. For the sake of ease, I’ll define the Sanskrit word samskara as egoic baggage. Samskaras are all of the experiences we’ve had in life that we held onto and didn’t let go of. Mickey posits that it is those accumulated samskaras that block the natural, upward flow of our energy (shakti in Sanskrit) resulting in us feeling more than a couple French fries short of a Happy Meal most of the time.

The key, as Mickey stresses, is that we need to let go of these samskaras. How? We recognize them when they come up, then relax, watch them and allow them to release.

Here’s an example. Let’s say when you were a kid your father repeatedly told you that you were dumb. Instead of letting that go you, not surprisingly, held onto that and now in your 40s that samskara is firmly embedded inside you.

You get home from the grocery store one night and you’ve forgotten to buy the lettuce your wife requested. She, already in a bad mood because her boss cussed her out that day, loses it: “God damn it! Now we can’t have a salad tonight! You’re such a moron!”

Now, nobody likes to be called a moron. But because of your past, this cuts you to your core. You absolutely lose your shit on your wife, scream at her then charge out the door, get into your car and spend the evening at your favorite watering hole.

But if you were following Mickey’s practice, right after your wife let the ‘moron’ bomb fly and you felt that powerful urge to dive in and let her have it, you’d immediately stop and do your utmost to relax. Everywhere. Especially in the head and chest areas. Then you’d place your awareness on that awful feeling her remark has elicited in your gut (that’s the samskara)…and you’d simply watch it…until it passes. That is Mickey’s teaching for letting go of our samskaras/egos.

And what happens if we don’t let go of our samskaras? They stay there. And continue to inhibit the natural, upward flow of our energy.

Crucially, no matter how many hours of meditation and all the rest that we practice, unless we let go of our samskaras, i.e., let go of ourselves, we’ll never feel truly liberated and at peace.

Eckhart tells the story of the American who goes to India and spends many years in a monastery, meditating several hours a day. Then one day he heads to Delhi to iron out a visa problem. After many hours waiting in interminably long lines the guy explodes and starts screaming at the clerk about how incompetent the whole operation is. Those hundreds of hours of meditation notwithstanding, he’s just another traveler on the spiritual path who hasn’t let go of his samskaras.

Do you see why this is so important? Letting go of ourselves the sine qua non (without which there is nothing) of spiritual work. We can do everything under the sun, practice all the spiritual bells and whistles that have ever been created. But if we don’t let go our egos, conscious awakening will elude us.

I’m not saying here that Mickey is the only teacher who talks about letting go of ourselves. Ram Dass emphasized letting go of our attachments, which could also be construed as samskaras. Others approach the letting go concept from myriad angles.

But Mickey is the only one, at least that I’ve come across, who tackles the letting go thing head on. AND, in his course Living From a Place of Surrender, which he says represents the summation of his teachings, he places letting go our samskaras as the central teaching of the whole course.

By the way, I highly recommend buying Mickey’s course. It was transformative for me and countless others.

So that’s why I love Eckhart but love Mickey’s teachings. Which is all well and good, but what does it mean for you?

I hope it will result in you doing two things. First, find spiritual figures whose mere presence moves you. For me, that’s Eckhart. Then incorporate simply watching and listening to them as part of your spiritual practice. Don’t think, try to understand or conceptualize what they’re saying or teaching. Just be with them.

Second, I hope that my epistle about Mickey and his teaching on letting go motivates you to dive in and take it seriously. That you direct significant emphasis and effort to letting go of yourself/samskaras/ego.

Best of luck on the journey.