My Computer Crashed, But I Didn’t: How Mindfulness Saved My Day

David Gerken > Meditation > My Computer Crashed, But I Didn’t: How Mindfulness Saved My Day 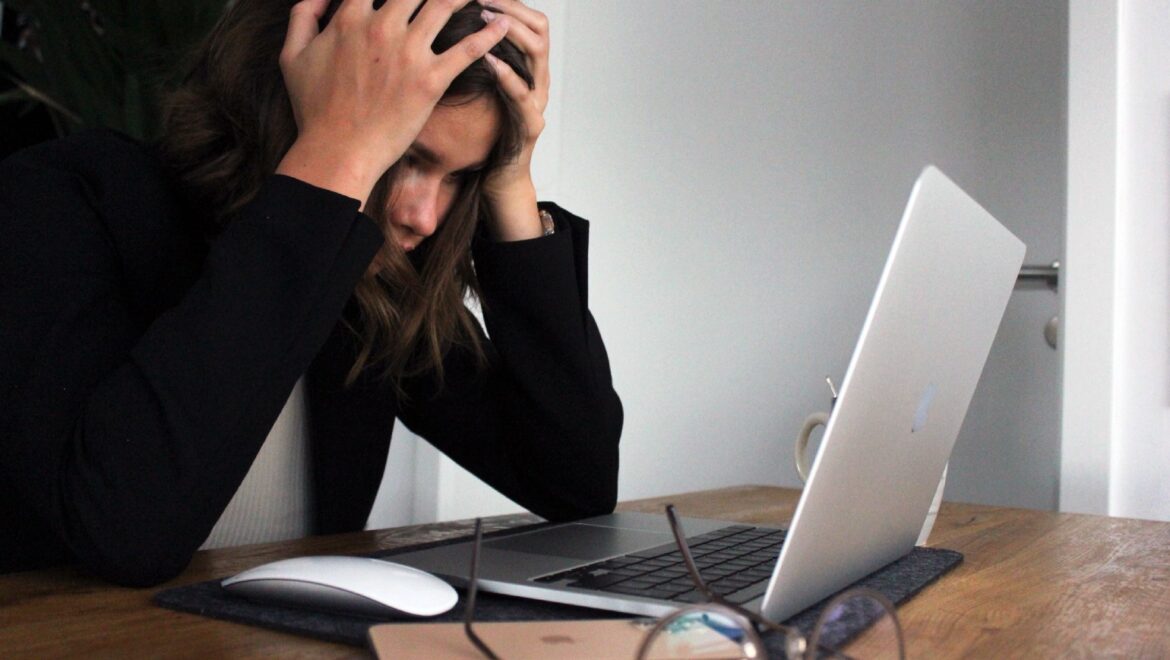 The other morning I was sitting at my desk going through my usual, pre-writing (aka procrastination) ritual. This consists of, usually in this order: Wordle, Word Cookies, accuweather.com, ESPN.com, answer Medium responses, LSU football news sites, Washington Post.com and Politico.com. [With all that, it’s a miracle I ever write anything. But that’s for another story, another day.]

Anyway, I get up, go to the bathroom. Wash my hands. Then come back to my desk. We’re talking two minutes max.

I look at my computer. It’s dark. No problem. It’s just sleeping. I hit a few keys to wake the sucker up…Nothing.

But even that’s not a big deal because that happens too now and then. So I press down the power button. And hold. And hold. And nothing. Hmm. That’s never happened.

So I go to my old pal Google and type in ‘Macbook Pro completely unresponsive.’ I try their fixes. Nothing.

Off to see the Wizard

They’ve fixed every problem I’ve ever brought to them. Right there. On the spot. For no charge, unless they had to put in a part. They really are geniuses.

I get there and am pleased to learn it’s only a 15-minute wait, which is great for not having an appointment. Shortly thereafter, “David?” My Genius had arrived to save the day.

First, he fiddles around with it. Tries a few things. Nothing. Then he says, “Let me take in the back and bibbly gabbly goobyldee to see if it might be the jinkity blinkity gakkity goo gah.” (He said something else, but that’s what it sounded like to me.)

He comes back from the back and…NOTHING! Sadly, this was the last nothing. He told me it must be a dead motherboard. Yada, yada, yada, he tells me they need to send it in for repair and I can have it back in five days. Oh, and that’ll be $700 please. Yikes.

So that was my morning from hell a few days ago. Or was it hell? It should have been. And would have been several years ago. But not now.

Because I’ve developed a superpower these past years. In fact, right there in the Apple Store I took my shirt off and underneath it was my superhero uniform with a large ‘M’ emblazoned over the chest. Somebody saw me and said,

Okay, enough comedy. You get the drift. I put my mindfulness practice to work throughout this potentially disastrous fiasco. How?

Breathing does the trick

Through each phase — trying to fix it at home, then taking it to Apple and waiting for the verdict — each time I found myself going to,

“Oh great, my computer is toast. I’ll have to buy another one. A couple thousand bucks down the drain. I’ll lose my files. I’ll be without a computer for several days. I won’t be able to write…”

Each time one of those thoughts came up, courtesy of my ego, I immediately went to my breathing. I just tried to stay within the moment.

Because at its heart, that’s what mindfulness is: Not allowing our minds to go forward into the future or backward into the past. How do we do that? The best way for me is to simply place attention on my breathing. Of course, there are all kinds of techniques we can use, many of which I’ve written about before.

Good things always seem to happen when I go to my breathing. Here’s a tiny example. There’s a Whole Foods near the Apple Store (shocker, right?). So I head in there on the way back to my car for a few things.

Just for the hell of it, I ask if they have marshmallows. I was near certain that a place like Whole Foods would NOT carry them, but thought it was worth asking. Why marshmallows? Because I’d told my five-year-old daughter a few days before that with the chilly nights we’d been having, we could roast marshmallows outside in our fire pit. Unfortunately, my local grocery store had been out of them the past THREE times I’d been there.

I literally said to myself, “This is my lucky day!” I’m serious. This leads to another aspect of mindfulness, at least as I see it, and that is having a basic, positive attitude. Yes, my computer was dead, but I found the marshmallows. What’s more important, my adorable, five-year-old cherub or a computer?

My wife comes through

As for working these past few days and the lost files scenario, everything worked out fine. My wife’s computer, which I’m clanking on right now, filled in perfectly. She had a busy week outside the house and didn’t need it.

And that $2.99 a month I pay Apple for iCloud storage proved to be worth it as all of my files were stored there. I’m such a knucklehead that I didn’t know that, but that made the surprise all the more special.

The answer to saving ourselves from these everyday disasters is so simple: Go to your breathing and prevent yourself from shooting down the “I’m so screwed!” rabbit hole.

That’s mostly what mindfulness is. Staying in the present because most of the time there’s nothing all that bad about our moments.

I was sitting at my desk trying to figure out what was wrong with my computer. Then I was waiting at the Apple Store for my Genius to diagnose the problem. What was so bad about those moments? Nothing. Those moments only become bad when we let them, by allowing our minds to charge into the future or past.

Commit to becoming more mindful. Then practice. Two simple steps that will transform your life, including how you deal with your computer dying.