How Teddy Roosevelt’s Darkest Period Propelled Him to the Presidency 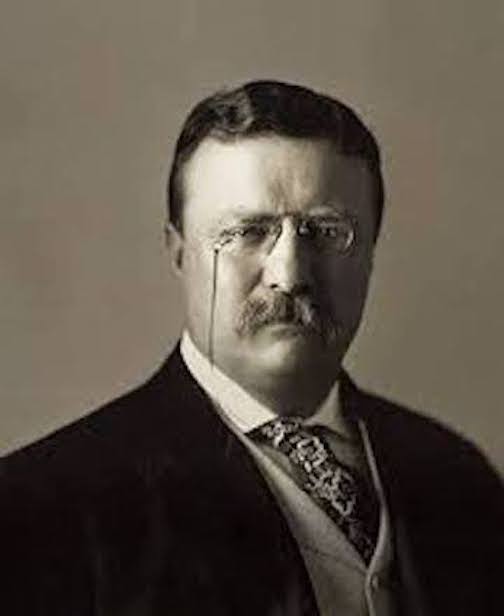 Teddy Roosevelt (TR) is my favorite American president. He’s the only president who achieved greatness when our country wasn’t in the midst of a crisis, as was the case with Lincoln, FDR and even Washington. In other words, he effected change by sheer force of his lionhearted will.

What big things did he achieve? The short list includes taking down the corrupt trusts that dominated the American economy, getting the Panama Canal built and conserving 230 million acres (you read that right) of land. That last feat makes him, in my opinion, the most consequential environmentalist ever.

A soul at death’s door

But none of it would have happened if not for the two years, between 1884–1886, when TR’s soul groveled at death’s door. The story that follows is one I found so moving that I wrote a movie about it. (I sold the script but, alas, the film was never made.)

In February of 1884 Teddy Roosevelt was on top of the world. He was 24 years old and, after only one year in the New York State Assembly, was named leader of the Republican caucus. His colleagues saw him as a force of nature whose future was limitless.

His personal life at the time was equally bountiful. He’d married Alice Lee two years previous and the two had just welcomed Baby Alice on February 12.

After receiving the news of Alice’s birth, Roosevelt rushed home from Albany on the next train. Soon after arriving at his home on West 57th Street in Manhattan, a tragedy of epic proportions unfolded.

Roosevelt discovered that his wife was seriously ill with kidney failure, a condition her pregnancy had masked. She died in the afternoon of February 14, Valentine’s Day.

Typhoid thought to be a cold

But that was only half of the tragedy because eleven hours earlier TR’s mother, Mittie, had died. Upstairs, in the same house. The bad cold they thought she’d had turned out to be Typhoid Fever.

In a matter of half a day he’d lost, unexpectedly, the two people he loved most. On Valentine’s Day, of all days.

What he wrote in his diary that night flattened me when I first read it and was the inspiration for my screenplay. TR wrote:

“The light has gone out of my life.”

Underneath it he drew an ‘X’ that filled the rest of the page.

Roosevelt was so devastated that he dropped out of politics and spent much of the next two years in the Badlands of the then Dakota Territory. What did he do in this desolate, mysterious land a couple thousand miles to the west?

He became a cowboy, buying two ranches and almost 4,000 head of cattle. A backwoodsman from Maine named William Sewall, who was TR’s hunting mentor, moved out to help run his operations.

What did TR actually do in those two years? He participated in cattle roundups, sometimes spending 18 hours a day in the saddle. This also involved roping and branding calves and doing all the things that real cowboys did back in the 1880s. He also hunted buffalo, antelope and all manner of birds. He wrote a few nature books and conducted all sorts of business required of a ranch owner.

Solitary rides through the Badlands

But mostly what Roosevelt did was ride his horse for hours, and sometimes days, at a time through the Badlands. Although I’m sure he wasn’t conscious of it, what TR was really doing was healing his shattered soul.

“Even in our sleep, pain which cannot forget falls drop by drop upon the heart, until, in our own despair, against our will, comes wisdom through the awful grace of God.”

It’s difficult to describe the mysterious beauty of the Badlands of North Dakota to those who haven’t seen it. I spent a week there on a research trip and I get why it touches those who see it.

The picture below gives some idea of the unusual topography.

Roosevelt’s own words, written in his diary during a weeklong solo hunting trip, reveal the influence the Badlands had on him.

“I grow fond of this place and its desolate, grim beauty. The plains stretch out in deathless and measureless expanse, lacking in all signs of life. Never have I felt more alone and so far off from all mankind.”

TR’s soul gradually came back to life after two years of this hardy cowboy living. Obviously, this was an essential benefit of his years there. But something bigger happened in the Badlands that paved the way for TR to become the massively successful leader that he became.

To understand what that was you need to know who TR was when he arrived in the Badlands in June of 1884. He was obviously many things — intelligent, charming, honest and charismatic, among others. But he was something else that he himself later said would have prevented him from ever becoming president.

He was a snob.

Which wasn’t surprising given his background. The Roosevelt family was one of the most prominent in New York. TR’s father was a founding director of both the Museum of Natural History and the Metropolitan Museum of Art. He prepped at Groton, did his undergraduate work at Harvard and received his law degree from Columbia. He grew up with servants and every advantage an American boy could have in the latter of half of the 19th century.

And while his political views at the time tended toward helping those in need, his personal dealings with the “lower classes” were downright snobbish.

TR discovers the heart of America

But two years in the Badlands changed all that. He spent hundreds of hours with hard-nosed cowboys doing extremely physical work. He hung out with them around campfires in the middle of the Badlands while on multi-week cattle roundups. And what he saw impressed the hell out of him. These cowboys were tough, resilient men.

Critically important was the fact that none of these people were impressed with TR’s background. In fact, they called him a tenderfoot. Everyone was measured by the toughness and grit they brought to the arduous work of cattle ranching. TR relished proving that he belonged.

Ultimately, what Roosevelt came to realize is that it was these people that made America great. They were, and always had been, the backbone of our country, not the well-heeled patricians he grew up with in New York City. TR said he never could have attracted the political following he did had he not bonded with the brawny colleagues he rounded up cattle with.

And that was the invaluable benefit TR gained from the indescribably painful tragedy of losing his wife and mother on Valentine’s Day, 1884.

What does that mean for us in February of 2022? The answer is self-evident: If we ever find ourselves in the abyss of life, we need to garner every last morsel of strength we have and simply hang on for dear life. Sometimes that’s all we can do. I’m sure Roosevelt felt that way. I had a period where I did.

If we do hang on there’s always the possibility, as Roosevelt proved, that something profoundly good will come to us, even if it comes through the awful grace of God.