One Way Meditation Rewired My Brain…for the Better 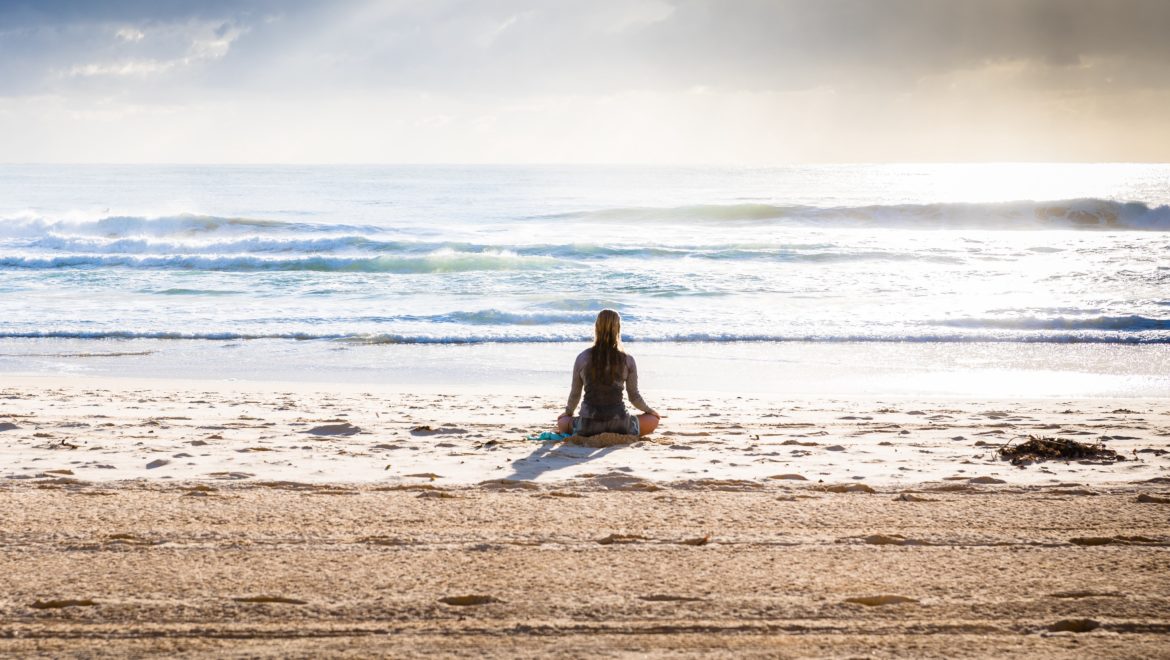 Seven years of regular meditation have made me a calmer, happier and better person. This piece chronicles one specific example of that betterment and the science underlying it.

First, some background. After graduating from college I worked in Washington, D.C, for fifteen years, as a legislative assistant on Capitol Hill and then as a lobbyist. In my last few years in DC I took up writing screenplays in order to flex my creative muscles, something I’d always wanted to give a try. After a few years of being a dabbling dilettante, I screwed up the courage to chuck Washington and drive West to Tinseltown.

After a little over a year, I got a major break in May of 2002 when Oscar and Emmy Award winning writer Aaron Sorkin hired me to become part of his writing staff on The West Wing. It was great. I got to work for my favorite show with its stellar cast and first class everything. I got to go to the Emmys twice, and even received an award in 2003 as part of the team that won the Emmy for Best Drama Series.

Then in May of 2003 Warner Bros. fired Aaron, leaving we other writers waiting to see whether the new emperor (John Wells) would turn his thumb up or down on us. I thought I had a decent shot at being asked back because I’d done some solid work over the course of the season, including creating a story that continued over four episodes, when no other story had even continued for two.

“Sorry, they fired you.”

So on that fateful day in May my phone rings. The caller ID says “Creative Artists Agency” (CAA was my agency). This was it. The moment of truth. My agent: “I’m so sorry. They’re not picking up your option.” For as long as I live, I’ll never forget my reaction. My heart started beating wildly. It literally felt as if some gland was pumping depression juice into my head. Seriously. Whatever biochemical it is that makes your head feel heavy, lethargic and foggy. Thump. Thump. Thump.

This firing-induced funk stuck with me for the better part of a few months. The West Wing was a first rate show in every way — directing, writing, acting, production values. To be able to write for another season or two or three would have been a huge boost to my career. Alas, it wasn’t meant to be.

But here’s the thing: Since I started meditating regularly in 2013 the way I’ve reacted to major setbacks has been night and day. How?

Paris Letdown with no Meltdown

Let’s start with Expats, a pilot script I wrote that Amazon Studios bought from me. It was about four single Americans, two men and two women, all around thirty years old, living and working in Paris, who bond over their shared experience of navigating life as Americans in the City of Lights. It was my version of Sex and the City, set in Paris. The main theme was young Americans learning about themselves by observing and experiencing the wholly un-American life lived by the French who work to live, not vice-versa.

What made me prospectively ecstatic was what the execs at Amazon repeatedly dangled in my face: “Make this script really great, Gerken, because if you do, you know where we’re going to film it, right? PARIS, BABY!!!” First thing to know is that, while they bought my already written script, all studios require you to rewrite it to their liking.

Second, just because you write a show set in Paris doesn’t mean you’re going to film it there. In fact, more often than not studios require filming in places like Vancouver or Montreal, which are closer and offer attractive tax benefits. But because Amazon has money coming out of their ears, they said screw it, if we’re doing a show about Paris, we’re going to shoot it in Paris.

This was wildest-dream-come-true territory for me. Why? My wife and I lived in Paris for two months after we got married. It is, for me, the most magical city on the planet.

So over a period of months, I dutifully take notes from the Amazon executives and do my best to execute them in draft after draft. Finally, I turn in the final draft…And I wait. And I wait. Then I wait some more. After a couple months of this agony, my agent calls Amazon and tells them I have on offer to work on a show and need to know whether they’re going forward or not. They told him I should take the job.

So, how did I handle that call from my agent? The call telling me that my dream of producing MY OWN show in Paris was dead? Well, I wasn’t happy about it. There was a deep sense of loss. But I didn’t get those depression chemicals pumping into my head as I did with The West Wing call. My head didn’t become heavy and foggy. In other words, I didn’t have that physical reaction inside my head.

A similar scenario occurred a few years later when I wrote a screenplay about Teddy Roosevelt, another passion project for me as TR is my favorite president. I even named our yellow Labrador Retriever Teddy.

I sold the script to a production company funded by the billionaire founder of Ameritrade. We went out to Kevin Costner, Michael Keaton and some big time directors and all seemed groovy. But first in their pipeline was a film directed by Robert Redford that had a solid cast. Mine was to be next up.

The Redford film hits the theaters…and tanks. Lost around $20 million. And billionaires, oddly enough, don’t like losing money. Shocking. Bottom line: my movie, budgeted at $15 million, was shelved for one that cost $3 million. After that one made almost no money the company shut down. Buh-bye, Teddy…

Another passion project bites the dust. And how did I react? Again, not too badly. No depression chemicals saturating my brain. No horrible thoughts racing around my head. Just some normal sadness that my Teddy Roosevelt project wouldn’t be coming to a theater near you.

So, how to explain that meditation rewired my brain to the point that I didn’t completely freak out when bad things happened to me? Let’s start with the amygdala. Shaped like an almond (amygdala is the Greek word for almond), the amygdala is the main processor of emotions in the brain and is responsible for our fight or flight responses. It evolved during our hunter-gatherer period to adapt to truly life or death situations, like seeing a saber-toothed tiger and running for your life.

One of the biggest problems we modern humans face is that our amygdalae still respond to many of our ordinary life problems as if we were about to be devoured by a hungry tiger. It’s one thing if a guy in a ski mask wielding a sawed-off shotgun bursts into a 7-Eleven while you’re pouring creamer into your coffee. In that situation, sure, your amygdalae have every right to shoot adrenaline to every corner of your body.

But it’s quite another to respond this way when…you get fired from The West Wing! Not consciously, but somewhere in my being I thought that losing this job was going to kill me. Sound familiar? We’ve all had these extreme overreactions to challenges life has thrown our way, but virtually none of them were actually life-threatening, were they?

The Prefrontal Cortex — The Cool Cucumber

The good news is that the newest and most advanced part of our brains, the prefrontal cortex, acts as an inhibitory influence on the older, more primitive amygdala. These two parts of the brain, located in totally different regions, communicate with each other.

For example: when you see something in your garden that looks like a rattlesnake, your immediate response comes from the amygdala which gives you a quick jolt of “Uh, oh!” But within a second or two the prefrontal cortex examines the situation more closely, then communicates a message to the amygdala that says, “No. Just a branch that looks like a snake.” And all is well. If it actually were a rattler, the prefrontal cortex would yield to the flight response of the amygdala.

To put this in layman’s language, the amygdala is the nervous Nelly and the prefrontal cortex is the cool cucumber whose job is to tell the amygdala to chill out when it determines it is overreacting to a situation.

The prefrontal cortex to the rescue

Most important for our purposes, the prefrontal cortex also comes into play as an inhibitory force in regulating emotional reactions emanating from the amygdala. Remember, the amygdala is the main regulator of emotions in the human brain. So a tranquil, emotionally healthy person will most likely have a strong prefrontal cortex with ample gray matter and a smaller, less active amygdala. The opposite would be true for highly anxious, stressed out people.

Bottom line: I think it’s safe to say that for most of my life I had an underdeveloped prefrontal cortex and a fierce amygdala. So when I got fired from The West Wing, my prefrontal cortex wasn’t strong enough to override the total freak out that my amygdala was perpetrating on my entire being.

Meditation made the difference

Meditation has strengthened my prefrontal cortex and shrunk my amygdala. How do I know this? For that matter, how do I even know that my prefrontal cortex is stronger and my amygdala is smaller now than they were in 2003? Did I do some high tech, Functional Magnetic Resonance Imaging (fMRI) of my brain both in 2003 and recently that would prove this?

The answers to these questions are: I don’t, I don’t and no. So am I just making some grand assumption here about meditation’s effects on me without any hard evidence to back it up? Yes, that is what I’m doing. That’s the bad news. The good news is that there is solid scientific evidence suggesting that meditation absolutely does have this beneficial effect on the prefrontal cortex and amygdala.

A 2005 study conducted by a team of researchers at Harvard and Massachusetts General Hospital took twenty experienced meditators and fifteen non-meditators, matched by age, race, sex and education level, and took fMRI images of their brains to measure cortical thickness and related areas of the brain. What they found wasn’t surprising: the experienced meditators had significantly thicker prefrontal cortices. And again, the stronger your prefrontal cortex, the more influential it will be in inhibiting the worrywart amygdala.

In 2011 another Harvard team, led by Sara Lazar, found that an eight-week mindfulness meditation course called Mindfulness Based Stress Reduction (MBSR) led to reduced brain cell volume in the amygdala.

Give meditation a try

Bottom line: Meditation is profoundly beneficial, not just for me but for countless others who practice regularly. If you’ve thought about giving it a try but didn’t know where to start, I created a beginner’s program that is designed for regular people, i.e., you don’t need to be a vegan chef from Berkeley to be successful. Give it a try. It’s free and can be accessed at davidgerken.net.