Say Your Name to Aid in Letting Go of Your Ego 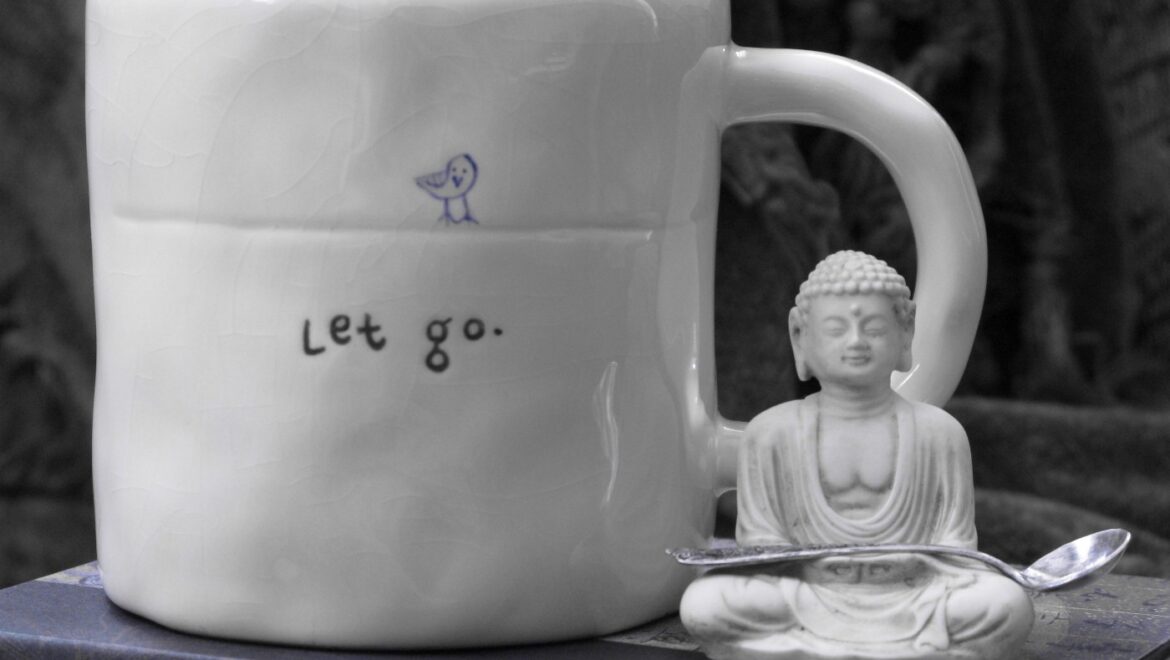 I’ve written extensively about how indispensable it is to let go of our egoic attachments. We can meditate all day long, chant, practice mindfulness and qi gong, but we’ll still be stuck unless we let go.

It isn’t easy. Most of the “stuff” stuck in our lower selves has been there for a long, long time so releasing it takes a boatload of intention and a boatload of effort. But as I’ve written multiple times, that effort and exertion is worth its weight in spiritual gold.

Hence, I’m always on the lookout for tips and techniques to aid in letting go. One such aid comes from something I’ve heard some prominent spiritual teachers do, Mickey Singer foremost among them.

Before I get to what that is, let me tell you why I’m writing about this today. The idea came to me during a trip to Washington, D.C., over the weekend.

The subject was that seemingly trivial, but vexing to me, subject of tennis. For those of you who haven’t had to endure my tennis BS before, the short story is that I played a bunch as a kid then in college for four years at Princeton, followed by a brief and disastrous attempt at the pros.

Bottom line: I still have issues with it, though not so much of the thinking, psychological type. I played in the finals of a club championship in Chevy Chase, Maryland, on Saturday (can you think of anything less consequential in the grand scheme of war in Ukraine, civil unrest in America and a fraught economy?).

I know, intellectually, that rinky-dink tennis tournaments are not the be-all, end-all for me. But that’s what is so fascinating about this. Because despite knowing this, I get strong feelings of anxiety and nervousness when I play in these things. That’s when you know it’s old baggage.

I know it in my head, but not in my gut

This match, in particular, had my stomach in knots the morning of. I purposely did not use my rational mind to quash those feelings by saying something like, “This is so stupid. Who cares? You’re 58 years old wigging out because of a ridiculous tennis match!” Doing that would definitely have helped calm my nerves.

Why didn’t I allow myself to do that? Because I wanted to go deeper than that by actually letting those feelings go. How? By repeatedly relaxing and leaning away from the feeling to give it room to release upward. In other words, I wanted to use this opportunity to let go of some of this trapped, deep-seated energy. It was hard. And painful.

Anyway, the match rolls around and we have a 2 ½ hour slugfest that is best described, from my end, as a Murphy’s Law bout — whatever could go wrong did go wrong. Needless to say, I lost.

I pulled a hamstring muscle early in the first set, got incredibly tired as the match wore on and frankly was a miserable mess most of the time. Looking back on it, there was only one great thing that happened during the match, which is going to sound odd, but is a direct consequence of all the spiritual work I’ve done these past several years.

It was this. We played indoors so the spectators were upstairs behind a glass. The fantastic thing that happened was when I’d look up at the spectators, usually after a good point for me, I’d see my friend, Janie, smiling and giving me a thumbs up.

A quick digression for some background. We met in 1986 when I was a college intern for Senator George Mitchell of Maine for whom Janie was the office receptionist and liaison with visiting constituents. Senator Mitchell loved Janie and viewed her as his secret weapon because all those visiting Mainers (AKA voters) loved her.

Janie is one of those people who has been blessed with beautiful, positive energy that lights up those around her. For the past 36 years she has been part close friend, part sister and even part mom at times.

And that was why I kept looking up at her during the match. Seeing that big smile and knowing that she loved and cared about me made my heart swell when the rest of my body felt like it had been in a car accident.

So what does all this have to do with letting go? At the airport later that day, I couldn’t stop thinking about the match I’d lost. To a guy I should have beaten. To a guy I had on the ropes almost the whole match.

I kept trying to let it go, but it kept creeping back. Again and again.

Then it occurred to me that the best part of the match, and the entire day, was looking up and seeing Janie. And I thought, why am I not thinking about that? That’s when I finally had the thought that inspired this article, which was: “Man, I wish I could get rid of David Gerken.”

Why? Because David Gerken, who is the amalgamation of experiences that I’ve held onto for decades, is the one who gets pissed off and spun up about losing a tennis match and who has all kinds of other nutty foibles. And I would love nothing more than to let him go.

I’ve heard Mickey Singer do this for years, both in his books and talks. He’ll say, “Oh, I never listen to Mickey. I learned a long time ago that he’s always wrong!”

The more profound example came from his book The Surrender Experiment. Mickey was an enormously successful businessman who’d created a medical software company with north of 2,000 employees.

In order to save his own skin from a crime he’d committed, one of Mickey’s employees made up a story that Mickey and other higher-ups had been cooking the books. It took several years before Mickey was cleared.

But what did he take from that brutal experience? He said it provided a valuable opportunity to get rid of any remaining remnants of “Mickey.” Any ego that had built up due to his massive success he targeted for letting go.

He let go of Mickey. I’m trying to let go of David Gerken.

It clicked with me when I used my name while stewing at the airport. There’s my conscious, true self and there’s David Gerken. I love the stark contrast it sets up.

That contrast helps me to better identify and then let go of David Gerken when he arises. I hope this resonates with you. If so, give it a try.