If You Want to be Happy, Follow This Old Axiom

David Gerken > Meditation > If You Want to be Happy, Follow This Old Axiom 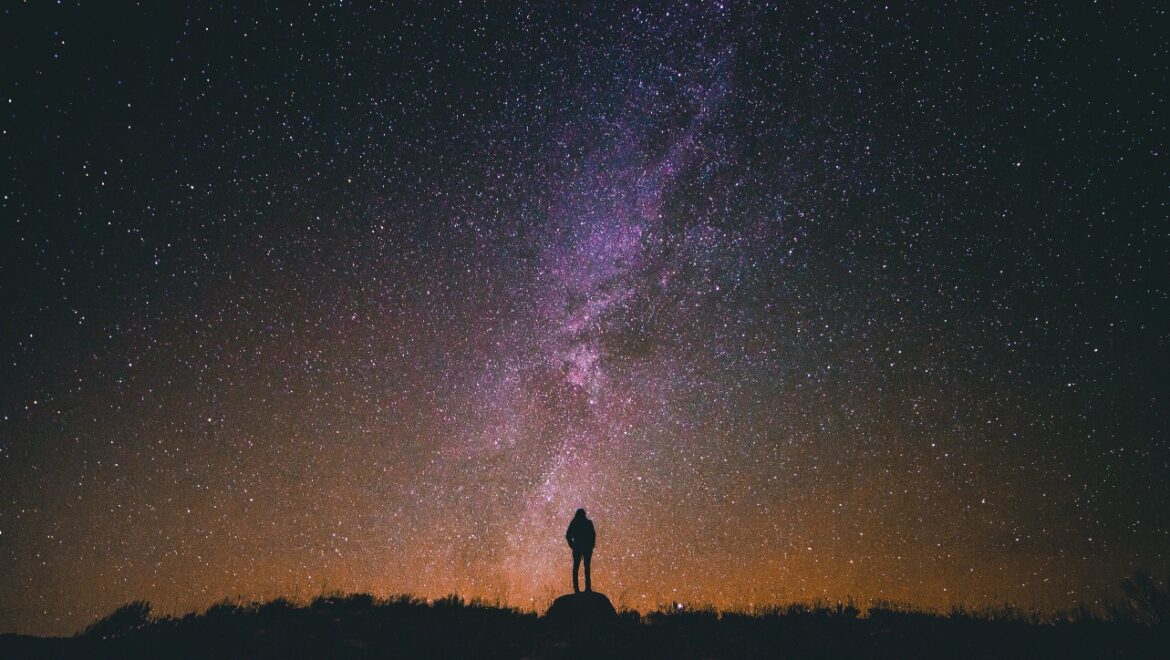 For those who may not have heard it, “If you can’t beat ’em, join ‘em,” is an American expression that means if someone or something is too strong for you to defeat, it is better to join that someone or something. Sometimes that’s a good thing, but not always.

A Frenchman like Marshal Petain collaborating with the Nazis in World War II after Hitler’s army blitzed through France is seen as a wholly cowardly, self-interested move.

KD is going to the Warriors.

Other examples are more debatable. Was the basketball star Kevin Durant leaving the losing Oklahoma City Thunder to join the championship-winning Golden State Warrior team, where KD promptly won two NBA titles, opportunistic and wrong? Some say yes, and some say no.

But there’s no debate about the example I offer in this article: If you can’t beat the Universe, join it. Helpful hint — there are no ifs, and, or buts about it…You can’t destroy the Universe, so join it!

Let’s break this into two pieces. First, how and why can’t we beat the Universe? Then let’s dive into what it means to join the Universe.

Why we can’t beat the Universe

Before wading into why we can’t beat the Universe, let’s define what I mean by ‘The Universe.’ In short, I mean life. The world. Everything we encounter. That’s the Universe.

Why can’t we beat it? Because 99.99999% of everything that happens in the world is completely out of our control. Like what?

Here’s a big example. Sometime in late 2019, a bat bit an animal in some forest in China. That animal wound up at an exotic foods market in Wuhan, where some hapless shopper bought it, ate it, got COVID, and died.

A bat upended our world.

That one bat is biting that one animal, completely upended planet Earth for two years! Restaurants, shops, and entire industries (tourism) were thoroughly decimated. They had no control over what happened in China. Do you still want to try and beat the Universe?

Let’s take something smaller, like your work environment. You go into the office and deal with the same cohort of 5–10 people daily. A boss, a few underlings, and some coequals.

“Hell is other people.”

Most of the people we work with are one or more of the following: catty, petty, insecure, narcissistic, sensitive, selfish, and arrogant. I know that sounds harsh and cynical, but it’s mostly true.

And here’s the thing: It’s mostly not their fault. People are the product of their parents, siblings, friends, society, genetic makeup, religious upbringing, and, nowadays, social media influences…all of which are already baked into the cake of every person you see at work. Thousands upon thousands of incidents and experiences have shaped that person you see in the office kitchen every morning as you prepare your coffee.

We have no chance of fixing all of these people that annoy or infuriate us at work. Fighting, resisting, and judging people, at work, in this case, is a life-sucking, pointless endeavor. We can’t win this battle.

What does it mean to ‘join the Universe?’

There are myriad other examples of how fighting the Universe is futile, but let’s move on to part two of the equation: Joining the Universe. What does that look like?

If I had to sum it up in one word, it would be surrender. We macho Westerners often see surrender as a sign of weakness, not so in the spiritual case.

What is surrender? It’s accepting the reality of what the Universe has put in front of you.

I find it best to describe surrender by expounding on its opposite…Resistance. Using our two examples, COVID turned our world upside down. Resisting that would look like,

“I can’t believe this is happening to me! I just started this internet café and now I’m screwed! Why does this have to happen to me?”

“COVID has probably killed my new internet café venture. There’s nothing I can do about it so let’s figure out the best possible move I can make. Maybe the Universe has something even better in store for me.”

How do we “join the Universe” about our work colleagues? We work hard at not resisting our coworkers and who they are. If you find out that the narcissistic weasel in the cubicle next to you is trying to get you fired, sure, you deal with it from a place of measured presence and not egoic reactivity.

But the overall strategy is to surrender to the reality of who these people are. Because when you gossip and get all spun up about those people, it is YOU who suffers. It’s just sending negative energy to every corner of your being. Also, remember that none of us is perfect; we all bring baggage to the table, at work, at home, and everywhere else.

The good news is that when we do devote ourselves to joining the Universe instead of constantly trying to beat it, good things start happening. Like what? Everything. For one, we feel better, AKA, we become happier.

And because we’re not fighting with everyone and everything, we free up a boatload of energy to do great things in the world. To become better parents, friends, and coworkers. And also better salespeople, golfers, accountants, and every job under the sun.

So there you have it. Look at your life. See where you’re fighting the Universe. At home, at the office, wherever.

Then practice surrendering in those areas. Work on not resisting reality.

The Universe (or God, nature, or whatever your belief system is) wants us to be in tune with it. Once people realize that and build their life around it, profoundly good things happen.