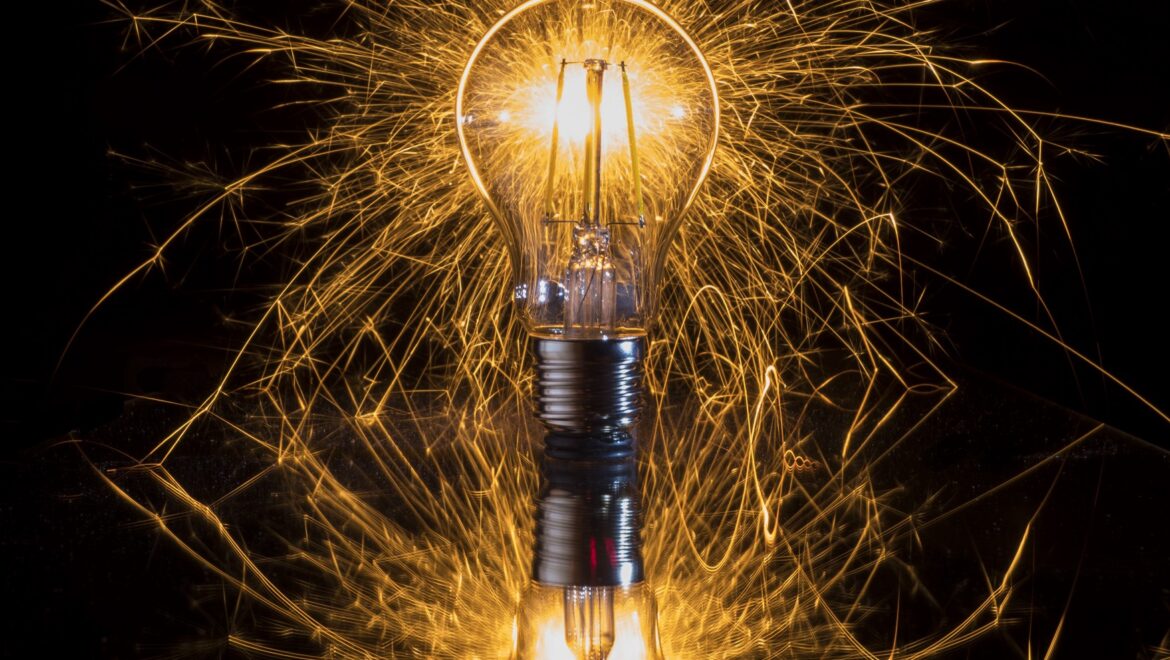 I’ve written many times that Mickey Singer is my favorite spiritual teacher. In fact, I wrote an article on exactly why that is so (here’s the link).

As such, his life story is important to me, particularly how he came to be the higher being that he is. That story is well-chronicled in his bestselling book The Surrender Experiment.

The gist of the book is that in his mid 20’s Mickey decided to initiate a lifelong experiment: He would surrender to whatever life brought his way. Put another way, he would NOT resist what life put before him. If you want to find out how the experiment turned out, get the book and read it. It’s a short, easy, entertaining and captivating read.

This piece centers on pages 7–10 where Mickey tells the story of what propelled him onto the spiritual path. It was a chance, seemingly unimportant event that became his “lightbulb” moment. Here’s how he described it:

“What happened was so subtle, so faint, that it could easily have passed by without being noticed. It was not with a shout but with a whisper that my life was thrown into utter turmoil and transformation.”

Here’s what happened. In the fall of 1970 Mickey was a 22-year-old graduate student in economics at the University of Florida in Gainesville. He’d developed a close friendship with his wife’s brother, Ronnie. On that fateful day, Mickey and Ronnie were chatting in Mickey’s living room in Gainesville, about nothing in particular, when an uncomfortable silence arose.

What happened in those next few seconds changed Mickey’s life forever. He noticed that he was uncomfortable with this silence and that his mind was frantically searching for something to talk about. These were the options he considered:

“The weather’s been awesome, hasn’t it?

Did you hear what Nixon did the other day?

Do you want to get something to eat?”

But he didn’t say any of those things. Instead, he asked Ronnie:

“Have you ever noticed that there’s this voice talking inside your head?”

Ronnie, a successful lawyer in Chicago, looked perplexed for a moment, but then a lightbulb lit up in him, too. He said,

“Yes! Mine never shuts up!”

And there it was. That simple incident changed the trajectory of Mickey’s life.

Noticing the voice was the key

Why? Because he became fascinated with that “voice” in his head. What was it? Why wouldn’t it ever shut the hell up? And, most important, how could he shut that voice up?

After a classmate heard him drone on about the voice in the head, he recommended Mickey read The Three Pillars of Zenby Philip Kapleau. That led, in short order, to Mickey diving headfirst into the meditation ocean. And off he went.

So what was the key thing that happened that day in his Gainesville living room? It wasn’t the voice in his head jabbering on and looking for something to fill the uncomfortable silence. So what was it, then?

It was the fact that he noticed that voice jabbering.

And therein lies the rub…for all of humanity. Because everyone, and I mean EVERYONE, has that silent voice that yaps on and on, day in and day out. The problem is that people believe that that voice is who they are and not what it is…an annoying voice that ISN’T who we are. It’s the product of our insecure, fearful, defensive, complaining egos.

Notice the voice, don’t be it

And what we, and the rest of humanity need to do is what Mickey did: Lean away and notice the voice. Observe it. Listen to it. Just don’t be it.

Mickey’s recommendation, which I love, is that we don’t get involved with the voice. It’s going to talk. But that doesn’t mean we have to listen to it. Or get involved with all of its drama. We just observe it and go about our business.

Strengthening the noticer is everything

What I wrote in those last few sentences is easier said than done. In fact, it requires a lifetime of work. What does that work involve? Mostly getting quiet inside, through practices like meditation and mindfulness.

When we do that, we gradually strengthen what I call the “noticer.” We could also call it our awareness or consciousness.

Another way of looking at it is that these practices facilitate the separation of our consciousness/awareness from that egoic voice in the head. In most earthlings, that voice in the head enshrouds the conscious awareness so strongly that, again, we think that’s all there is. Getting that consciousness out from under the thumb of the egoic mind constitutes the main work of the spiritual seeker.

So, what does this mean for you? Mickey Singer, one of the great spiritual teachers alive today, began his journey by noticing the voice in his head rather than being that voice. Learn from that.

Learn what? That practicing the noticing and observing of our wacky egoic minds is indispensable for spiritual growth.

Finally, and for the umpteenth time, I’ll recommend what I have found to be the best practice for strengthening our ability to notice our minds. That, of course, is meditation. If you’re looking for a place to start, go to davidgerken.net and try my free, simple, easy meditation program.

Good luck on the journey.