The Tao te Ching Passage That Shapes My Career Path- It’s about letting the mud clear. 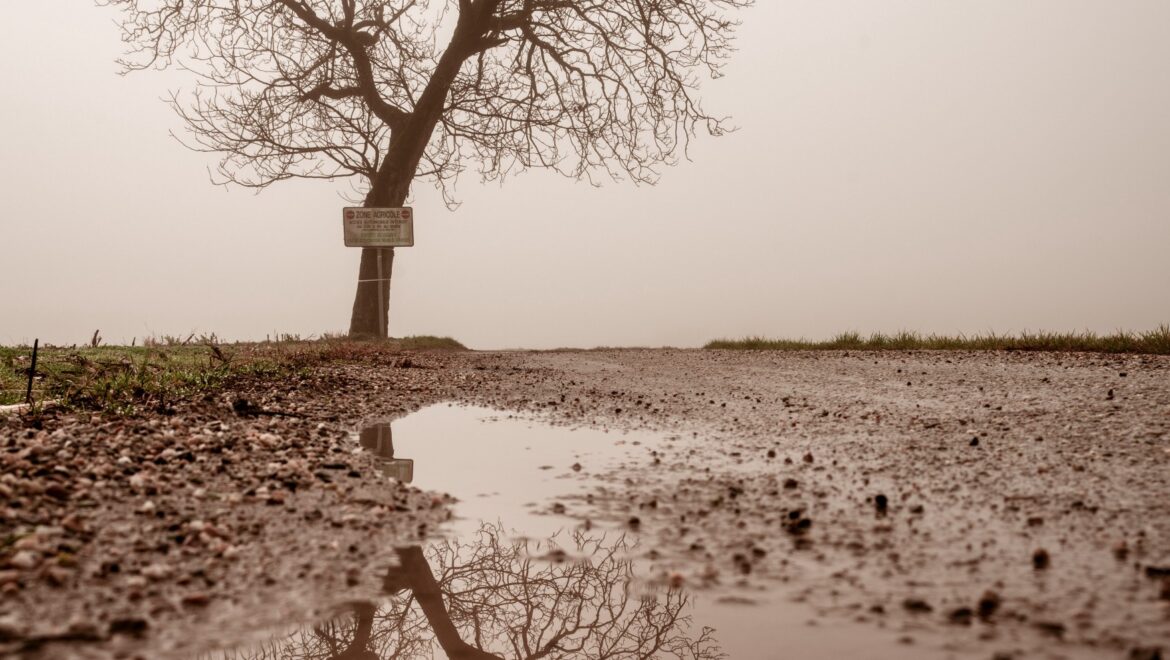 The Tao te Chingis my favorite book of wisdom. Written 2,500 years ago by Lao Tzu, the Tao is, quite literally, a handbook for how to live. The reason is it considered one of the wisest books ever written is that Lao Tzu’s words resonate as much today as they did millennia ago.

The Tao has affected me in myriad ways, but especially in how I approach my work. Chapter 24, which I wrote about last year, helps shape how I look at each piece of work:

“If you want to accord with the Tao, just do your job, then let go.”

To give just one example of what that would mean, if you’re writing on Medium, put all of your energy into writing each article. Then do the same for the next article. What we should avoid is constantly checking our stats page and wondering how we can best “exploit” that article.

What this article is about is a Tao passage that I use for how I deal with the macro aspects of my career. It’s from Chapter 15:

“Do you have the patience to wait till your mud settles and the water is clear?Can you remain unmoving till the right action arises by itself?”

That hit me like a ton of bricks when I first read it. Why? Because it cuts to the heart of the core issue I’ve dealt with my whole life.

Growing up I had a father who constantly told me I could be president of the United States. He was ambitious, not only for himself, but for his six kids.

This manifested in my professional life first in Washington, D.C. as a political aide and lobbyist. I wanted to be known as a go-getter, someone who could be relied on. I always had a pen and 3×5 note cards in the pocket of my shirts so if I thought of anything I could jot it down.

Washington is a town full of schemers so I thought I should be that way. That meant always thinking one step ahead, trying to get ahead of the next guy/woman.

What I didn’t do was focus on what I actually wanted to do. I never even asked myself. It was all about playing the game.

I made a step in the right direction in 2001 when I moved to Hollywood to pursue my creative side. I dropped a lucrative lobbying career to take a flier on becoming a screenwriter.

But I again fell prey to thinking too much about how to get jobs and get ahead at the expense of spending 100 percent of my time and energy on my writing. If I had it to do over, I would have given everything to the work and then let the universe do the rest. Not surprisingly, things didn’t work out for me in Tinseltown.

Which brings us to the present day. A few years ago I skedaddled from Hollywood and started teaching meditation and mindfulness classes and writing Medium articles.

I’ve had decent success. Almost three years in, I have 80,000 followers on Medium and make decent, though certainly not life supporting, money from the articles. The classes have also been rewarding as I think my participants have all benefited.

How I deal with career trajectory now

This leads to the crux of this piece: What am I doing right now on the macro career front now that I’m doing all this writing and teaching? Well, here’s what it would have looked like ten or twenty years ago if I was in this position.

I would be spending tons of time and energy thinking and researching and strategizing about my next moves. I’d be mulling about Twitter. And Instagram. And YouTube. And Substack. And yada, yada, yada.

I used to be a ‘presser’

In other words, I’d expend an inordinate amount of energy scheming about how to ‘maximize’ everything I’m doing. The word I like to use to describe this is pressing.I’d be pressing to move everything forward.

Well guess what? I’m not doing that this time.

So what am I doing?I’m letting my mud settle and waiting for right action to arise.

How does that manifest? I’m putting my energy into writing the best articles I can and giving my all to those I teach. That’s it.

Sure, I let other things creep in like whether I should take a run at doing YouTube videos. Frankly, I think that sounds like fun. But I make a point of not letting myself constantly wander off into the land of “What should I do next? How can I make a killing? How can I become a big deal?”

It’s about getting of our way

When I, or anyone, focuses on the work at hand and not on exploiting the future, what we’re really doing is getting ourselves out of the way. Because when we do get in the way, i.e., when we allow our thinking minds/egos to captain our ships, the voyage is rarely peaceful and successful.

The best example I know of someone who waited for right action to arise was Eckhart Tolle. He had his epiphany/awakening in 1977 then sat on park benches and watched the world go by for two years. After that he started teaching people what he’d learned, first for free and then for nominal amounts.

It was several years of teaching like this before he said to himself, and the universe, “I can do more.” Shortly thereafter he received this strange message urging him to move to the West Coast of America. This eventually led him to move to Vancouver in 1995.

For whatever reason, Vancouver was the ideal place for him to write his seminal book The Power of Now. He’d tried to write in England, but it just didn’t happen.

What Eckhart did, obviously unknowingly, was to wait for his mud to settle and for right action to arise. And thank God he did. Because if he’d employed the David Gerken of 1990–2018 strategy of “go, go, go, scheme, scheme, scheme,” I’m confident that none of his vast success would have come to pass. And the world would have been poorer for it.

So that’s what I’m doing. Working hard at writing and teaching and doing my best to get out of the way.

Out of the way of what? The universe. God. Nature. A higher power. Whatever you want to call it, it is that force/entity that brings right action to us. So I’m getting out of the way in order that a power infinitely smarter, better and more powerful than my wholly imperfect, baggage-laden ego can lead the way.

Does it take trust, courage, strength and patience to wait for your mud to clear and for right action to arise? Yes. Why? Because our egos detest Chapter 15 of the Tao! Our egos dine out on fear, greed and pride.

But after decades of allowing my ego to captain my ship, I can tell you from the depths of my being that Lao Tzu is right on the money with this one. Bottom line: It’s worth it, infinitely worth it, to summon every last drop of strength we have to kick our egos out of the driver’s seat of our lives.

What does this mean for you? I hope you’ll consider this Tao passage and how it might relate to your own situation. That you’ll think about going all-in on your work and letting the chips fall where they may. That you’ll put your faith in the universe to captain your ship.

That you’ll wait for your mud to settle and for right action to arise.