Use This Snow Globe Analogy to Help Deal With Adversity 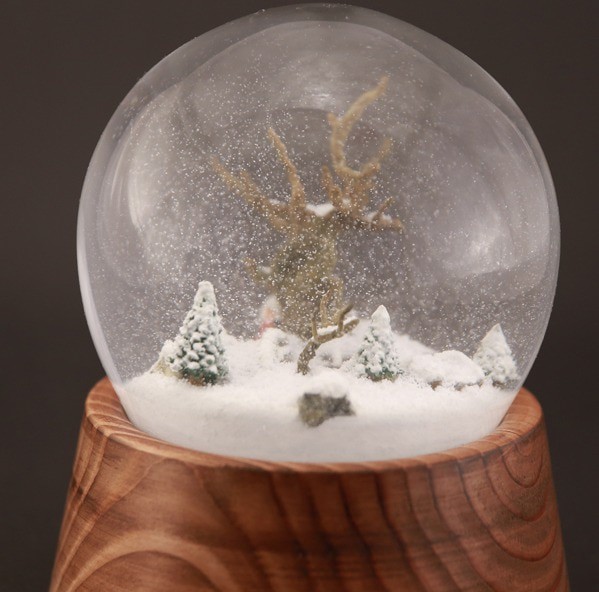 A setback. Misfortune. Adversity. A challenge. Call it what you want, we all experience them. From the small, a pipe bursts and floods your bathroom; to the medium, you lose your job; to the large, loss of a loved one, adversity is a part of life.

But if there’s anything these past ten years on the spiritual path have taught me, it’s that there are good ways and unhelpful/unhealthy ways to respond to adversity. To sum up a whole lot in one sentence: The worst thing we can do is to dive in and fight with our adverse event.

In the pipe burst example, diving in and fighting would manifest as:

“Great. This is gonna cost a fortune. And we’ll have to shower in the kids’ bathroom for weeks. Just when I need to be focused on writing my long-term strategy memo at work. Couldn’t have been worse timing. Shit!”

That is diving in and tangling with adversity. It’s allowing your lower, egoic self to take over the steering wheel. And all it does is compound the problem.

So what’s the healthy/helpful way? It’s something I thought of a few days ago after I hit a patch of adversity.

What happened, admittedly, is part of the ‘small’ category. For any of you loyal readers out there, let me apologize at the outset for heading back to one of my golden oldie subjects: Tennis.

The short background is I grew up playing serious tennis. Played juniors, then four years of varsity at Princeton. For the past several decades it’s been mostly club championships (I’ve won a bunch) and age group events.

Which brings us to a few days ago in Palm Desert, California, where I played in the Wilson World Tennis Classic, the largest senior tennis tournament in the world. I was seeded #8 out of 45 players in the draw, which means they think I’m the 8th best player in my division.

Bounced out in the first round

Well, I lost my first match. To a guy I’d never heard of, but who friends told me I wouldn’t have any trouble beating.

In tennis parlance, this is what we call a ‘bad loss.’ Losing a match you should win. The good news is that he was a nice guy, which took away some, but not all, of the sting.

What stung? One, I physically felt awful afterward. Hot and drained. Second, I was disappointed in myself that I didn’t fight harder, something I pride myself on.

You don’t have to be Sigmund Freud, Ram Dass or Mickey Singer to figure out that I carry emotional baggage in this area. It’s about being seen as a winner, by me and by others. It’s pure, 100 percent, USDA prime ego.

Which brings us to what I’ve done these past few days to deal with this egoic sting. First, here’s what I didn’t do. I did my best to nip thoughts in the bud like, “That guy was so f-ing lucky. Played the match of his life. And I sucked. Why do I even play anymore? I don’t even enjoy these tournaments.” Blah, blah, blah. Complain, complain, complain.

Here’s what I did do, and it’s been working. Not sure why, but I thought about a snow globe. When you shake it up, the snow starts falling down.

The snow globe as storm

I see that as a storm. And these flakes of snow I see as tiny manifestations of my adversity. Diving in and getting involved with those flakes, by complaining, etc., just shakes up the globe, which perpetuates the storm.

It’s a visual image to aid in staying in my seat of self. To maintain my witness consciousness and prevent myself from diving down and falling prey to the whims of my lower self. This creates a dynamic whereby there is the subject, me, the conscious being, and the object, the adversity.

Don’t fall into this trap

It needs to be said that this witness consciousness thing I’m facilitating through the snow globe analogy isn’t about making the bad feelings go away. This is a trap many fall into. People try to objectively view these adverse feelings and when those feelings don’t go away, they get frustrated. “What’s the point?!”

The point is to actually feel those feelings. And if you’re going through something adverse, they don’t feel good. But when we place attention on them and observe them and feel them, without tangling with them or trying to push them out, it has the effect of freeing them to pass along, like clouds in the sky.

This works at all levels, small, medium and large. Whether we lose a stupid tennis match or our mom passes away, we do the same thing: observe what we’re feeling and be present with it. It’s the essence of mindfulness: Being present for the moments of our lives, whether they’re good or bad, instead of stuck in our minds.

This snow globe idea helps to keep me from diving in and getting involved. Why? Because that image of snow slowly falling is calming. It’s an image that helps me breathe evenly and smoothly until the adverse feeling drifts away.

When another one of those feelings pops up, whether a minute or an hour later, I do the same thing. After two days of doing this, the clouds have pretty much passed. Just a few wisps here and there.

Consider giving it a try.