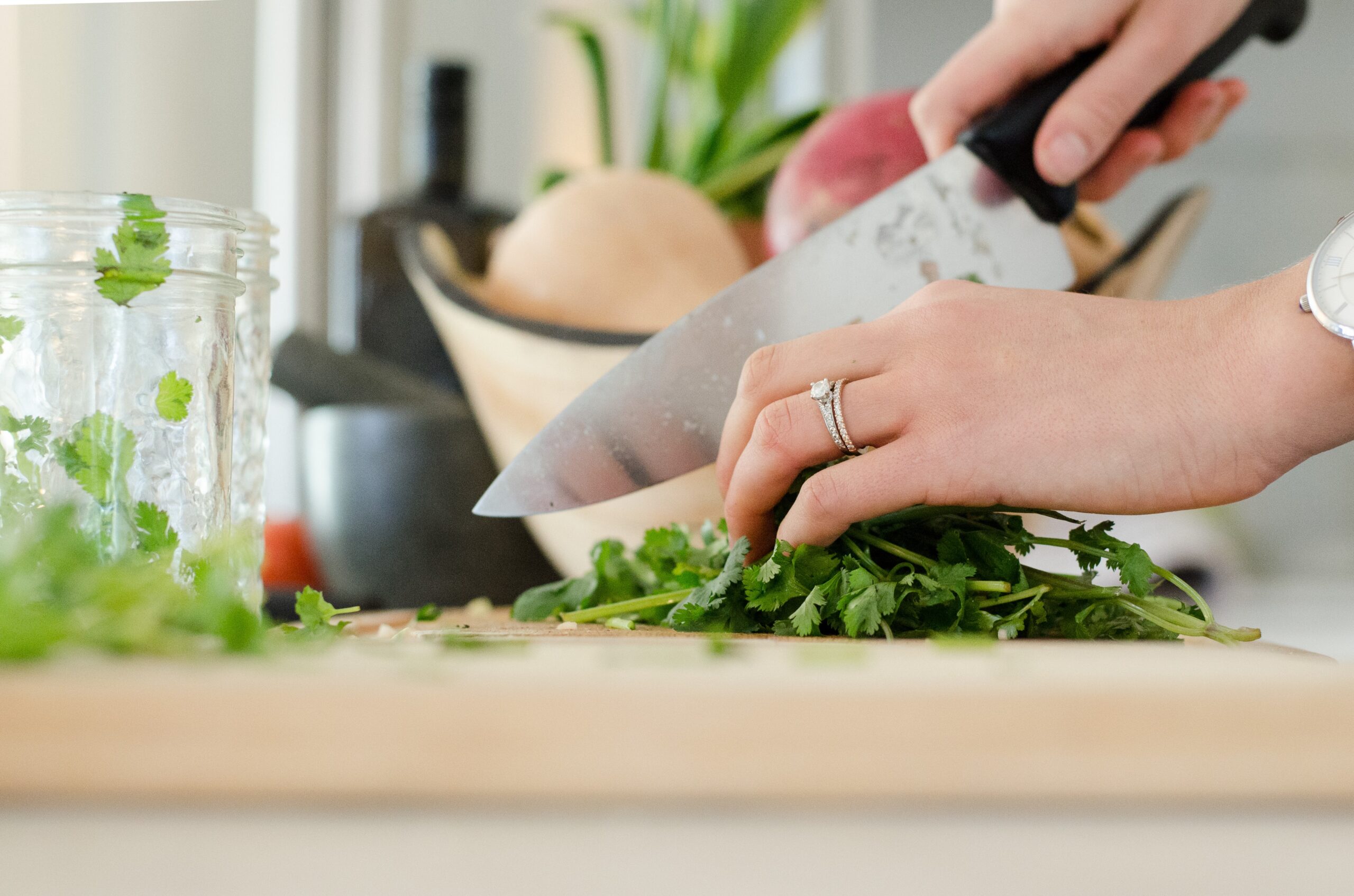 This article is mainly for people who either hate cooking or, even more so, for those who’ve never done it because they think they’ll hate it.

For those people, I have good news: Cooking is a fantastic way to increase your mindfulness. Why is that?

Before answering that question, it’s worth defining what mindfulness is — being present in the moments of your life and not stuck in your mind thinking involuntary thoughts.

Another way to frame mindfulness comes from the story of the Zen master and his disciple who was having difficulties.

Disciple: “Master, I’ve been at the monastery for five years and I still don’t know what Zen is. Can you please tell me?”

Zen Master: “Zen is doing one thing at a time.”

Cooking requires both of these. Being continuously present as you do one thing at a time.

Mindful sauteing of an onion

Many people say they find cooking highly relaxing and I think this is why. When following the various activities required to make something, it’s hard to get swept away by our chattering minds. In fact, if meditation is defined as placing our attention on something happening in the present moment, then cooking is meditation.

Why I love cooking

I do the cooking for our family and love it. It’s something I look forward to when I finish up writing each night at six. And I don’t love it just for the relaxing mindfulness of it. Cooking at home is much less expensive than ordering in or going out to eat. I find we eat way healthier at home than when we go out. And I love enjoying a fun drink every night while cooking. Of late that has been a vodka with a fresh-squeezed half grapefruit. It’s just fun.

I don’t do anything hugely complicated; i.e., I ain’t no gourmet chef. On the other hand, there are a slew of easy-to-make recipes on the internet that are fantastic. My wife often comments when we go out that the stuff I make at home is better than what we eat at restaurants. And again, I’m not doing anything that requires a) a lot of time or b) expert cooking skills. Long story short: If I can do this, anybody can.

Step 1 — Go to store: Buy a one pound bag of frozen, UNCOOKED shrimp, a small box of rice, butter; a bag of lettuce, a bottle of salad dressing, maybe one other topping for the salad (tomato? avocado? yellow/red/green pepper?).

Shrimp — One hour before getting started, put shrimp on a plate and let it thaw. An hour later, rinse the shrimp under cold water. Pat dry with paper towels. Season with salt and pepper.

Follow the directions on the rice box. Once the rice is almost done (around ten minutes later — good time to make a drink!)…

Heat a medium-sized skillet (should be big enough to fit roughly 20 shrimp) on medium-high, add the butter and let it melt. Put the shrimp in the skillet. Cook for about two minutes, then turn them (a basic fork will do) and cook another two minutes…until it’s pink/red.

Spoon some rice on a plate (or two if serving spouse, etc.). Put a bunch of shrimp over the rice (5–10 pieces depending on how big they are and how hungry you are!). Done.

Salad — Take out a salad bowl (or two). Put enough lettuce in the bowl for one salad. Slice up any fixins (tomato, etc.) you have and put on top of lettuce. Shake salad dressing. Open. Pour on salad. Done.

Dinner is served. From the time you start rinsing the shrimp to when dinner is ready should be around fifteen minutes.

Easy! And you not only get a great dinner, but a good, sustained period of mindfulness. Go for it.