Want To Unload A Ton of Psychic Baggage? Stop Judging Others 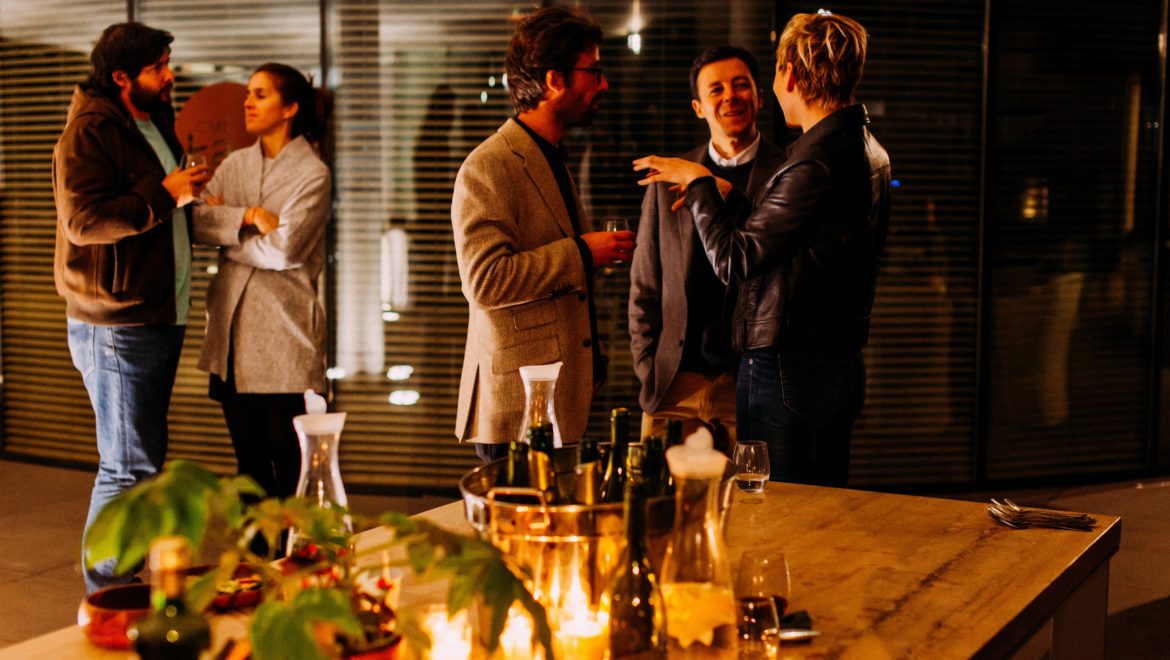 Earlier this week I wrote an article about how comparing yourself to others is all harm and no benefit. Today’s piece is about comparing’s cousin: Judging.

What do I mean by judging? A dad at your kids’ baseball game keeps yelling at the umpires. You, and everyone else there, think: “What an absolutely awful human being. Who does that?”

Or you meet someone at a dinner party. On the way home you and your spouse dish: “I liked her, but I’m not sure. Part of me thinks she’s really cool, but part of me thinks she could be a huge bitch.” “Yeah. She’s got a Prada purse and if those earrings are real they’re worth thousands. But I did like the fact that she meditates.” “But did you see how much cleavage she was showing? My god. I’ll bet she meditates in the nude!” “Ha, ha!” At which point you high-five each other then turn your dish/kibbitz/gossip/judging session to the woman’s husband. And on and on.

As with comparing yourself to others, judging is all harm, no benefit. But the central point of this whole piece is that judging is all harm and no benefit…TO YOU. Sure, it’s also not good for the people you’re judging, but I’m not even concerned with that. I’m not JUDGING your JUDGING! I’m writing this because YOU will feel better the less you judge.

I have one extremely solid data point on this from which I can extract vital information: Me. I’ve been meditating regularly and working hard on my spiritual growth for over seven years now. Before that I was just as judgmental as the next person.

I was a writer in Hollywood for shows like The West Wing and many others. Those jobs require sitting in a conference room most of the day dealing with roughly ten other writers. It’s a judgmentalist’s dream. Writer A is funny, but tries too hard. Writer B is an arrogant a-hole who sucks up to the boss and treats everyone else like crap. Writer C has zero talent; how the heck did he even get hired? Yuck. It’s all a big mental and spiritual energy suck.

I can honestly say that one of the top three benefits I’ve reaped from all these years of spiritual work has been the vast reduction in how much I judge others. How would I describe that benefit? Is it some loose, amorphous, intangible spiritual “thing?” No, it’s actually tangible and practical. The benefit is that I feel so much lighter inside. Judging stuffs your insides with gobs of negative baggage. If you stop doing it, I guarantee that you’ll feel lighter and better.

Next, we need to ask, why do people judge so much? It’s mostly because we need to feed our egoic, insecure selves that crave the need to feel superior to others. But there’s another less obvious but equally impactful reason that we judge: Because we’ve been doing it for as long as we can remember. In other words, we do it simply because it’s a habit. Well, if you get into a habit of doing something, you can also work to kick that habit.

Which leads to the next question — what can you do to curb your judging? As with comparing, the first thing you need to do is recognize how injurious judging is and decide that you don’t want to do it anymore.

How to stop doing it

Once you’ve done that, you set an intention to become aware when you are judging. Then you take a page, yet again, from the playbook of the great Eckhart Tolle. Eckhart’s view is that every single being on earth as it some level of conscious development. He, the Dalai Lama and Thich Nhat Hanh are far along the path of conscious awakening. Most of us aren’t, yours truly included.

Some people’s level of consciousness is very low. The guy at the office who’s married but hits on every woman at work. The dad I mentioned earlier who’s constantly yelling at the umpire. You get the drift.

So when somebody does something that infuriates or bothers you and you feel your judgment muscles revving up for attack, stop. And then say to yourself, “This person is at his/her level of consciousness at this point in their life. I don’t like how they’re acting, but I wish them well in their journey.”

By the way, this isn’t meant to be an act of condescension. You’re not saying, “Oh, you poor soul that is inferior to me as a human being. I wish you well.” It’s not about who’s better or worse. That’s what people like Michael Singer call spiritual ego.

Also, you’re not lying to yourself or denying the reality of who that person is at this point. The dad yelling at the ump is, objectively speaking, a jerk. You’re just saying, “Hey, that’s where he is right now in his development. Maybe his dad yelled at the umpires when he was a kid.”

It also doesn’t mean you need to try and befriend him and see if he wants to grab lunch after the game. If you want to help people like that, great. But the point of this whole exercise is to stop yourself from ginning up a bunch of negative energy about other people. Because that energy stays with YOU. That’s the baggage judgment creates that YOU carry around.

There’s also the type of judgment that I demonstrated at the beginning of people you don’t really know or are just unsure of. In those cases, how about just saying to yourself, “I just met this woman at a dinner party and spent fifteen minutes chatting with her. I don’t know. Maybe she’s incredible and will become my best friend and maybe she’s awful. Who knows?” And then you make no judgment at all. It’s unnecessary. Just let life flow and that relationship will go where it will go.

Let me close by reiterating the real, tangible benefit that comes when you stop judging. It made me feel noticeably better and it can do the same for you.