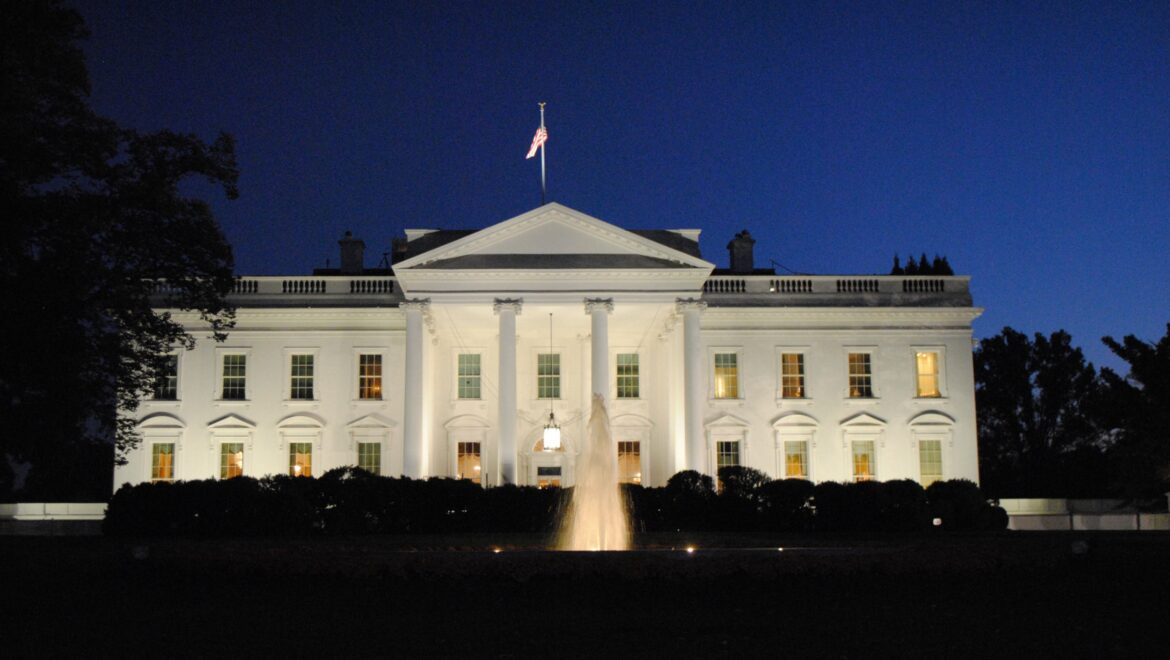 What was this? A table read for a new script of THE WEST WING, one of the best television drama series of all time. Martin Sheen and I belting out crisp dialog written by our boss, Emmy and Academy Award-winning writer, Aaron Sorkin.

The table read was a way of exploring whether the script was reading as Aaron had intended. Aaron had the writers read the guest parts for each script, hence why I was reading with Martin.

My Journey from the Real DC to the Fictional One

How did I end up at that table reading with an American acting legend? I’d spent fifteen years post-college graduation working in Washington, D.C., as a Capitol Hill aide and then lobbyist.

I’d always fancied myself a creative creature so, long story short, I packed my bags, and car, and moved to Hollywood to try my hand as a scriptwriter. After a year and a half of hard slogging in the entertainment industry mines, I struck gold: An offer to work as a writer on THE WEST WING, the premier creative entity in Tinseltown at the time.

No surprise, it was an exciting year. Whether it was spending countless hours in a room spitballing story ideas with one of the preeminent creative minds of our generation or talking politics on the set in-between takes with Bradley Whitford (played Josh Lyman) or shooting the breeze in the Warner Bros. fitness center with Rob Lowe (played Sam Seabourne), it was a time I’ll always be grateful for.

And then, at the end of the season, Warner Bros. fired Aaron. His scripts were coming in later and later, costing WB more and more money because of production delays.

Aaron’s firing meant a new regime would be in charge the following season. The emperor of this new empire was John Wells and it was he who would turn his thumb up or down on the rest of us writers.

I thought I was a contendah

Though we knew most of us would be fed to the lions, I thought I had a decent chance of a thumb pointing to the sky. One of my ideas became the main story for four straight episodes, something Aaron hadn’t done in four seasons of the show. Not even close. Being chosen as one of the few to survive the Wells putsch would have been an ENORMOUS career boost for a whole host of reasons.

So I sat by the phone that day in late May of 2003, awaiting my fate. It finally came as my cellphone rang, the caller ID showing “Creative Artists Agency,” who represented me. I pressed the green button on my phone. Five seconds later, my life changed forever…

Thumbs down. Cue the hungry, drooling lions as they awaited 165 pounds of grade A David Gerken flesh…

Which brings us to the pertinent part of this piece — my reaction to getting fired. Here’s my best attempt at describing what physically happened to me during that call that lasted no more than a minute.

My head immediately started pumping some kind of chemical around my brain. It’s a chemical that made my whole being feel heavier. Depressed. I’m sure adrenaline was involved somehow, too. Somewhere deep in my psyche, I felt like I was dying. Not in the forefront of my consciousness, but deep down somewhere. I know. Weird.

Or is it? Many of you have probably experienced something similar in your lives. “I’m so sorry. This just isn’t working for me. I love you and I’ll always care about you, but I just can’t continue in this relationship.” Maybe your chemicals started pumping that depresso juice, too? Or you felt like you were dying inside?

What’s this all about? We’ll get to that.

Meditation to the rescue

But first, let’s flash forward ten years from 2003 to 2013. After many tough years swimming in the shark-infested pools of Hollywood, I decided I needed help. My sister Ellen suggested meditation. I’d dabbled in it before, but it never took hold.

But what this provided was a perfect before and after experiment. Pre-meditation I handled my setbacks by falling apart — see West Wing story.

Paris Letdown with no Meltdown

Let’s start with Expats, a pilot script I wrote that Amazon Studios bought from me. It was about four single Americans, two men and two women, all around thirty years old, living and working in Paris, who bond over their shared experience of navigating life as Americans in the City of Lights. It was my version of Sex and the City, set in Paris.

If it got the final green light, the show was going to be filmed in Paris, my favorite city on the planet. This was wildest-dream-come-true territory for me as my wife and I lived in Paris for two months after we got married.

So I work my tail off for months. Turn in the draft and…I wait. And I wait. Months later I get the word: No go.

So, how did I handle being told that my dream of producing MY OWN show in Paris was dead? I wasn’t happy about it. There was a deep sense of loss. But I didn’t get those depression chemicals pumping into my head as I did with THE WEST WING call. My head didn’t become heavy and foggy. In other words, I didn’t have that awful, physical reaction inside my head.

A similar scenario occurred a few years later when I wrote a screenplay about Teddy Roosevelt, my favorite president. I sold the script to a production company funded by the billionaire founder of Ameritrade. We went out to Kevin Costner, Michael Keaton and some big-time directors and all seemed groovy.

But alas, another passion project bit the dust. Again, I wasn’t happy about it. But again, no depression chemicals saturating my brain. No horrible thoughts racing around my head. Just some normal sadness that my Teddy Roosevelt project wouldn’t be coming to a theater near you.

So, how to explain that meditation rewired my brain to the point that I didn’t completely freak out when bad things happened to me? Let’s start with the amygdala. Shaped like an almond (amygdala is the Greek word for almond), the amygdala is the main processor of emotions in the brain and is responsible for our fight or flight responses. It evolved during our hunter-gatherer period to adapt to truly life or death situations, like seeing a saber-toothed tiger and running for your life.

One of the biggest problems we modern humans face is that our amygdalae still respond to many of our ordinary life problems as if we were about to be devoured by a hungry tiger. It’s one thing if a guy in a ski mask wielding a sawed-off shotgun bursts into a 7-Eleven while you’re pouring creamer into your coffee. In that situation, sure, your amygdalae have every right to shoot adrenaline to every corner of your body. But it’s quite another to respond this way when…you get fired from The West Wing.

The Prefrontal Cortex — The Cool Cucumber

The good news is that the newest and most advanced part of our brain, the prefrontal cortex, acts as an inhibitory influence on the older, more primitive amygdala. These two parts of the brain, located in totally different regions, communicate with each other.

For example: When you see something in your garden that looks like a rattlesnake, your immediate response comes from the amygdala which gives you a quick jolt of “Uh, oh!” But within a second or two the prefrontal cortex examines the situation more closely, then communicates a message to the amygdala that says, “No. Just a branch that looks like a snake.” And all is well. If it actually were a rattler, the prefrontal cortex would yield to the flight response of the amygdala.

To put this in layman’s language, the amygdala is the nervous Nelly and the prefrontal cortex is the cool cucumber whose job is to tell the amygdala to chill out when it determines it is overreacting to a situation.

The prefrontal cortex to the rescue

Most important for our purposes, the prefrontal cortex also comes into play as an inhibitory force in regulating emotional reactions emanating from the amygdala. Remember, the amygdala is the main regulator of emotions in the human brain. So a tranquil, emotionally healthy person will most likely have a strong prefrontal cortex with ample gray matter and a smaller, less active amygdala. The opposite would be true for highly anxious, stressed-out people.

Bottom line: I think it’s safe to say that for most of my life I had an underdeveloped prefrontal cortex and a fierce amygdala. So when I got fired from The West Wing, my prefrontal cortex wasn’t strong enough to override the total freak out that my amygdala was perpetrating on my entire being.

Meditation made the difference

Meditation has strengthened my prefrontal cortex and shrunk my amygdala. How do I know this? For that matter, how do I even know that my prefrontal cortex is stronger and my amygdala is smaller now than they were in 2003? Did I do some high-tech, Functional Magnetic Resonance Imaging (fMRI) of my brain both in 2003 and recently that would prove this?

The answers to these questions are: I don’t, I don’t, and no. So am I just making some grand assumption here about meditation’s effects on me without any hard evidence to back it up? Yes, that is what I’m doing. That’s the bad news. The good news is that there is solid scientific evidence suggesting that meditation absolutely does have this beneficial effect on the prefrontal cortex and amygdala.

A 2005 study conducted by a team of researchers at Harvard and Massachusetts General Hospital took twenty experienced meditators and fifteen non-meditators, matched by age, race, sex, and education level, and took fMRI images of their brains to measure cortical thickness and related areas of the brain. What they found wasn’t surprising: the experienced meditators had significantly thicker prefrontal cortices. And again, the stronger your prefrontal cortex, the more influential it will be in inhibiting the worrywart amygdala.

Bottom line: Meditation is profoundly beneficial, not just for me but for countless others who practice regularly. If you’ve thought about giving it a try but didn’t know where to start, I created a beginner’s program that is designed for regular people, i.e., you don’t need to be a vegan chef from Berkeley to be successful. Give it a try. It’s free and can be accessed at davidgerken.net.