5 Lessons Everyone Can Learn From my Naturally Zen Mom 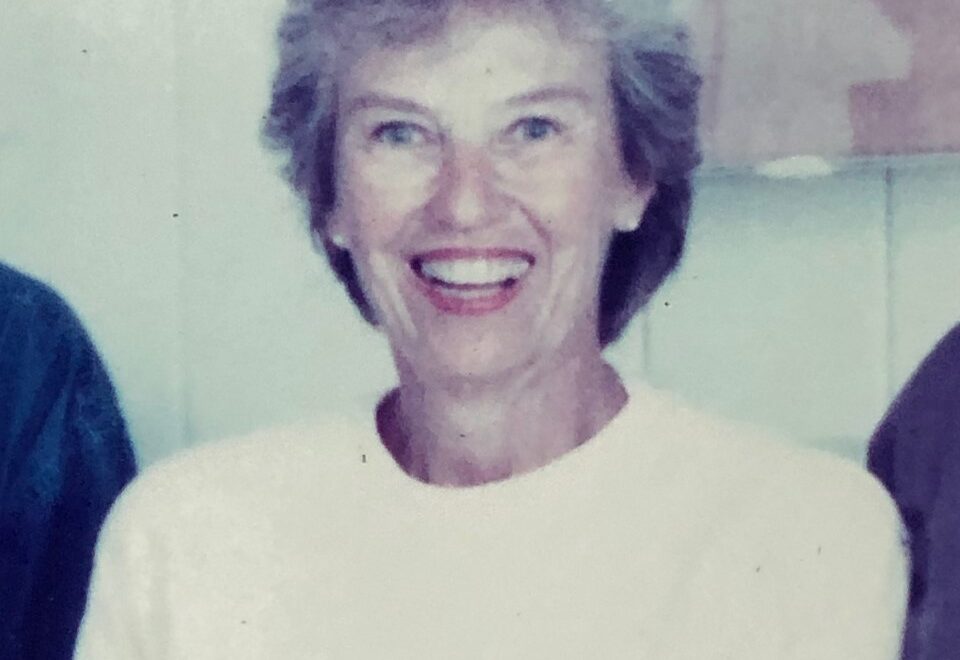 One of several ways I hit the lottery in life was the mom who brought me into this world. I know some may find it juvenile using the word ‘mom,’ but she was never ‘mother’ to me or any of my five siblings. She was, and will always be, mom.

Darlene Gerken was born and raised on the south side of Milwaukee, Wisconsin, in, at best, lower middle-class circumstances. Her dad was a streetcar conductor.

She was born in 1928, six weeks premature. How did a family with little money in the 1920s handle that? They held her. Constantly. One person to the next to the next…for the first six weeks of her life. We theorized that she was so secure and happy her whole life because she spent her first six weeks flooded with affection.

Mom and I were close. We spent countless hours driving all over Southern California for my junior tennis tournaments. When I was around eight she used to make me a “Super Dooper” (chocolate sundae with sliced banana and peanuts) on Sunday nights and we’d curl up on the couch and watch Columbo, possibly the best detective show of all time. Great times.

We lost mom in May of 2009, but her legacy endures in those of us lucky enough to have absorbed her life wisdom. Here are five lessons she taught, by example, that will deepen and enrich the lives of anybody who incorporates them.

Eckhart Tolle tells the story of the anguished Buddhist monk who implores of the chief monk,

“Master, I’ve been here for five years and I still don’t know what Zen is. Can you please tell me?”

And the master says,

“Zen is doing one thing at a time…”

My mom used to say this to me, especially when I was overwhelmed with homework in high school. I’d look at all the books piled up on my desk and think about all that I had to do. Inevitably, she would tell me, with her trademark simplicity, “Just take one thing at a time.”

Is that simplistic to the hilt? Yes. But it’s also absolutely sound advice.

Piling future work into your now is a bad idea

Why? Because what most people do, whether it’s contemplating their load of schoolwork or tasks piled up at the office, is think about all the items on their “list” and allow the totality of that burden to depress their spirits. It’s the classic, bad, habit of allowing our minds to go to the future, which, of course, doesn’t exist. Ever. The only thing that ever exists is this moment.

So I’d take out my trigonometry textbook and focus on that. And then I’d do my Latin. Then my European history. One thing at a time.

Is this easier said than done? You bet. But mastering this one thing — putting all of your attention on what’s in front of you, then going on to the next thing, then the next thing — would be a game-changer for most people.

Why? Because when we’re focused on what’s in front of us: 1. We enjoy and do a much job with that endeavor, and 2. We feel better because we’re not torturing ourselves with all of those worrying thoughts about the future.

My zen mom was born this way. I had to learn, and am still learning, to do one thing at a time.

My mom was the furthest thing from a home body who lived in fear of the world. Back in 1967, when our family lived in Milwaukee, my dad was offered a job at Pacific Life Insurance Company in Los Angeles. He’d worked at Northwestern Mutual Life for fourteen years and was a VP, but probably wasn’t going any higher.

He told my mom he loved their life in Milwaukee. They had great friends, he liked his job and we kids all had good lives. He was leaning against accepting the offer.

My mom’s response? She was having none of it. My dad was hugely ambitious and she told him, correctly, that he’d never forgive himself if he didn’t take a chance and head West to work for a company he might be able to lead someday.

My mom the adventurer

As for how this would impact her? She’d grown up in the poor section of Milwaukee and married this big shot from New York. She looked at going to Los Angeles as an exciting adventure and a way to spread her wings. She didn’t want to take the safe, familiar road of remaining in her hometown.

My dad knew she was right so off we drove to Los Angeles in October of 1967. My dad became president of the company in 1972, CEO in 1975 and was one of the top corporate executives in California for much of the 1970s and 1980s.

And my mom? She loved it all. It was the right move and it happened because she pushed for taking a risk and venturing into the unknown.

3. The value of selflessness

My mom was the most selfless person I’ve ever known. She embodied the underpinning of Buddhism which holds that suffering is caused by desire and that if one eliminates desire they eliminate suffering.

By that I don’t mean my mom was a vegetable. She loved her fried egg on a piece of toast for breakfast. And playing tennis. And reading on the back dock of our lake house in Wisconsin.

Serving others was her thing

But mostly she was a vessel offering service to others. She had six kids and was constantly doing for us. Driving, cooking, cleaning and, most important by far, loving us. And never complaining.

If living that life of selflessness meant abject unhappiness and the monthly contemplation of suicide then I’d say, hey, that’s not good. But I’m convinced that my mom’s selflessness was the central reason she led such a happy life that involved not a lot of suffering.

How many times does the world have to hear about how happy selfless people are before every single one of us catches on and emphasizes “What can I do for you?” rather than “What you can do for me?” It’s the one true recipe for a contented life.

My mom was the opposite of the neurotic, the sky is falling mom. She just didn’t worry a lot.

Part of that was due to the fact that she had six kids and if she worried every time one of us was in a position to break a bone she would have had to be committed to an insane asylum. It was mayhem in our house.

I see lots of parents who look at worrying about their kids as some kind of virtuous trait. “Look how much I love little Bobby. I’m worried sick about him all the time!” Worrying about little Bobby does him and you no good. You’re just transferring your anxiety to him, which is going to make him neurotic and nervous as well.

My mom had tons of confidence in us; consequently, we learned to forge our own paths without her helicoptering over us every step of the way. Every one of us was better off for her not worrying incessantly.

Life can be hard. We all know that. And sometimes not even spiritual work, religion or anything else can do anything to relieve the pain. That’s when good old-fashioned toughness comes into play.

My mom was raised during the Great Depression in the 1930s and 1940s. People struggled mightily just to get enough to eat and have a roof over their head at night. How did they get through it? They toughened up inside.

A generation of studs

The result in America was the creation of what is now called the Greatest Generation, a group of people, including my mom, who developed great resilience and inner strength.

My mom reminded me that from time to time we all just have to tough something out. A bad break up. A heartbreaking athletic loss. Getting fired. Just suck it up and move on. As a sensitive kid who definitely needed a good kick in the butt now and then, this was an invaluable lesson that has served me well in adulthood.

I feel confident in saying that if someone followed these five ways of living my mom taught me and my siblings, that someone would lead a full, content and fulfilling life. Do one thing at a time, be an adventurous risk taker, be selfless, don’t be a worry wart and toughen up inside. It’s a recipe for a great life.