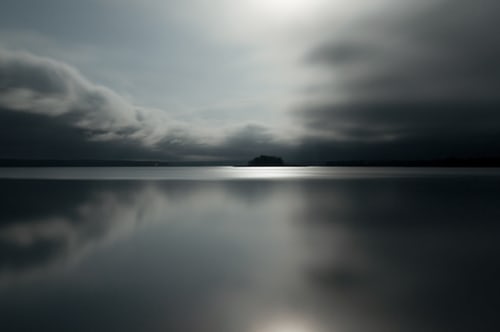 We all have it. That voice jabbering away in our head all day long. “That was a snide remark. What’s her problem?”

Then ten minutes later…“I can’t believe she said that. What a bitch. I never liked her.” Then five seconds later…“I’ve missed the last seven fucking lights. How is that mathematically possible?”

On and on and on like this. All-day long. Every day. Blah, blah, blah. It’s the voice in your head that won’t shut up.

Eckhart Tolle calls it the egoic self. Michael Singer calls it, well, the voice in the head. The essence of many spiritual traditions is that we are not this voice. What are we? We’re the conscious self that is aware of this annoying voice.

The problem most people have is that they identify themselves with this voice. One reason they do this is that they’re not even aware that there is any other “self” than this crazy voice.

That being said, the key to spiritual and personal growth can be summed up in two simple steps:

When you do this repeatedly, over time what happens is your conscious, present, real self gains influence over your life while that annoying voice in your head takes more and more of a backseat.

It’s for that reason that people like Eckhart and Michael Singer and any number of true yogis from India and elsewhere are so calm, content and exuberant. They’re present. Conscious. Not lost in their busy, thinking minds like most of us.

With all that said, let’s move on to that technique I mentioned. What I used to do when the voice in my head got all bent out of shape about something was to step back, become aware that I was getting upset about something the voice was ranting about, then simply say to myself,

“Okay. My egoic, crazy self is upset that Steph forgot to tell me that I had to take Violet to preschool this morning, which is throwing off my writing schedule.”

Lately, I’ve found that an even more effective way to isolate and separate from that voice in the head is to actually use my name when talking to myself. So using the example above, I’d say,

“Okay. David is upset that Steph…”

In doing so, I’m literally referring to this egoic self/voice in the head as if it were a separate person. Why? Because it is. It’s not me.

Try this sometime — with your name, not mine.

Whatever the thing that has the voice in your head babbling in overdrive, the next time you talk to it, call it by your name. It will accentuate the separation from the real you, which, as we say in October during the World Series, is the whole ballgame.