How Can You Reduce The Pain In Your Life By At Least Half? Stop Flipping Out

David Gerken > Meditation > How Can You Reduce The Pain In Your Life By At Least Half? Stop Flipping Out 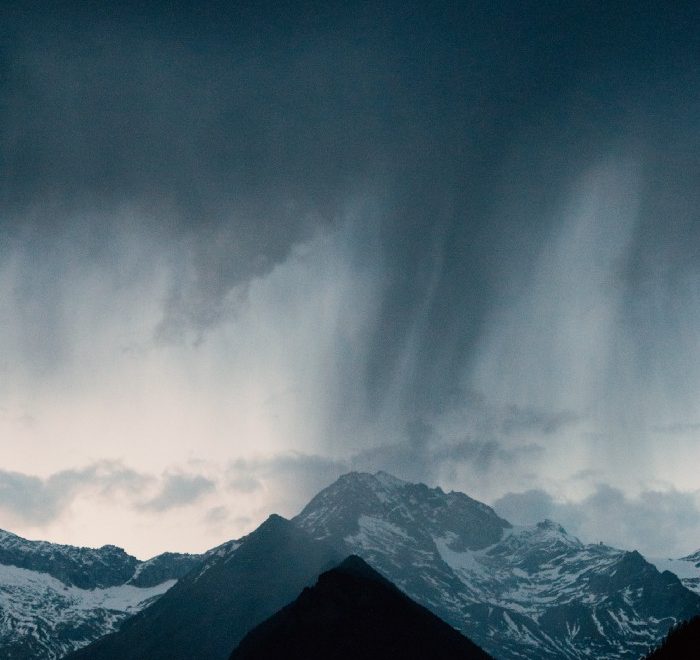 So much of the agony we go through in life is avoidable. And that’s not spiritual quackery. It’s not hyperbole. It’s the practical truth. All that’s required is a modicum of practice and discipline, which I’ll get to.

But first, what I mean by agony is suffering caused by either physical or emotional pain, which covers the whole gamut. Physical pain is breaking your leg or getting a headache. Emotional pain occurs when your girlfriend breaks up with you.

In both cases, there are two kinds of pain — primary and secondary. The primary pain of having a headache is that you feel actual pain in your head and it hurts. The secondary pain is what you ADD on top of the primary pain and is emotional in nature. “This headache is never going to go away. Why does this always happen to me? My friends never get headaches. I’m so unlucky in life…” When your girlfriend breaks up with you, the primary pain comes from the sadness that you won’t be seeing her as much anymore and the feeling of rejection.

The secondary pain is when you go down the rumination rabbit hole: “Of course she broke up with me. I’m worthless. I’ll never end up with anybody because let’s face it, I’m a loser.” OR “X is the most vile, awful woman who’s ever lived. I absolutely despise her.” In other words, secondary pain is about flipping out over primary pain. What most people don’t realize is that secondary pain causes as much or more suffering as the primary pain it’s responding to.

Primary pain is an inevitable and necessary part of life. Pure and simple. It’s part of being human. Loved ones will die, bones will be broken and relationships will end. One of the basic tenets of Buddhism is to accept the fact that there is suffering in life.

The key is eliminating secondary pain

The key to living a peaceful, fulfilling life is learning how to RESPOND to primary pain. In other words, to learn how to eliminate, or vastly reduce, secondary pain, aka flipping out pain. How to do this? That’s the crux of this piece so dial in.

I’ll explain with an example from my own life. First, a short history. I grew up in Newport Beach, California, left in 1982 to go to college back East, worked in politics in Washington, DC, for 15 years, then worked as a television writer in LA/Hollywood for 15 years. A year ago my wife and I moved our family from Los Angeles to Newport Beach, a town I hadn’t lived in since 1982. The schools are great, I have a brother and two sisters living here and the only reason we lived in LA was because of the Hollywood writing thing and I’d decided to move on from that. So we moved in June of last year.

And for the first six weeks or so I felt…well, weird. I’d moved home. It was mind-blowing. And not in a good way. I was driving down streets I drove down in high school. I was assistant coaching my daughter’s soccer team at the junior high school I attended, walking past the gym where I played on the school basketball and volleyball teams. We held our soccer practices on a field around which was the track where I tied a school record in the ¾ mile run…in 1978! It all made me feel anxious and panicky. What if this move was a huge mistake? What if I completely freaked out and we had to skedaddle?

Acknowledge your primary pain, don’t engage with it

That last part is critical. Leave it alone. Because what I just outlined is the same model as the primary, secondary pain above. The primary pain was the emotional weirdness I felt from moving back to my hometown. Much of that is fairly normal. But the secondary pain is what I was adding on to it those first few weeks. I’d always prided myself on leaving the Newport Beach cocoon and heading East for college and then work in DC. And I’m thinking, “You were a worldly guy for decades and now you’re moving home. What are you doing with your life? What happened to you?”

I knew on some level that that thinking was off. That there’s nothing inherently bad about moving back to the town of your childhood. Bottom line is I got myself to acknowledge that this anxious feeling was there, BUT, critically, I didn’t allow myself to engage with that feeling. I didn’t let myself wrestle with it and flip out over it. Doesn’t mean I didn’t have the feeling (the primary pain) for a while. But by not engaging with it, what I did was allow this emotional “cloud” to pass. And pass it did. A year later I feel great about Newport Beach and couldn’t be happier that we moved here.

Allow the cloud to pass over you

This cloud analogy is a powerful one. Because the primary pain in our lives is that cloud and that cloud is going to rain on us. A death. A relationship gone south, etc. But what we do when we add that secondary pain on top of it, by engaging with it and tussling with it and arguing with it, is strengthen that cloud and allow it to remain over our heads and rain on us far longer than if we’d just acknowledged it, felt its pain, and let it pass over us.

Fine, that’s all well and good, but if I’m you I want some specifics on how to actually win the battle against secondary pain. The fact is that there is no five-step program for dealing with this. It really all comes down to doing one thing: making yourself aware of the primary pain and stopping yourself from going down the “flip out” rabbit hole. “I have a headache. It hurts. I don’t like it. And that’s it.” “My boyfriend broke up with me and I feel absolutely awful. I really love him and being with him and this is incredibly painful.” And leave it at that. FEEL the primary pain, but don’t flip out and let it become a big story of your past and your future.

In practical terms, what would it take for you to be successful at conquering your secondary pain? Two things: commitment and discipline. And not that much of either. The commitment is just resolving to yourself that you’re going to become aware when you start heaping secondary pain on top of the primary pain. That’s all it is. Committing yourself to becoming aware.

The discipline comes into play once you’ve become aware of the situation. Because that is when you’re going to have to stop yourself from doing what you’ve been doing your whole life — flipping out over your primary pain. You just have to get good at saying to yourself, “No. This goes no further than the actual pain I’m experiencing here. Not…going…to happen.” Just cut it off at the pass.

And how do you get good at this? The same way you got good at tennis, playing the piano or learning to speak Spanish — you PRACTICE. It may not happen overnight, but it really isn’t that hard. Honestly, this is one of those rare scenarios in life where there is a whole lot of gain for not that much pain.

Meditation will help you succeed

What is the best way to enhance your chances of success on this? Develop a meditation practice. Why? Because one of the most important things meditation does is strengthen what I’ll call your awareness muscle. All meditation is is sitting quietly and following something happening in the present moment, like your breath. Then, when your mind wanders, and it will, you simply become aware that that has happened and bring your attention back to your breath. That’s all it is. With the strengthened awareness muscle that comes from meditation, you’ll find that it’s much easier to become aware and catch yourself before flipping out and crawling down the rabbit hole of secondary pain.

How do you get started with meditation? Contrary to what you may have heard, it’s not that big a deal. Here’s what you do. When I started meditating six years ago I created my own program. I made it simple, doable and designed it so that a regular person, like me, would be successful in developing a long-term practice. The program is eight-weeks and starts off with meditating for two minutes a day then building gradually from there. I strongly urge you to try it. It’s free. You can access it at davidgerken.net.

So do this! Eliminate your secondary pain. It’s really not that hard and the benefits are enormous.