My Most Cherished Moment Working on “The West Wing” TV Show 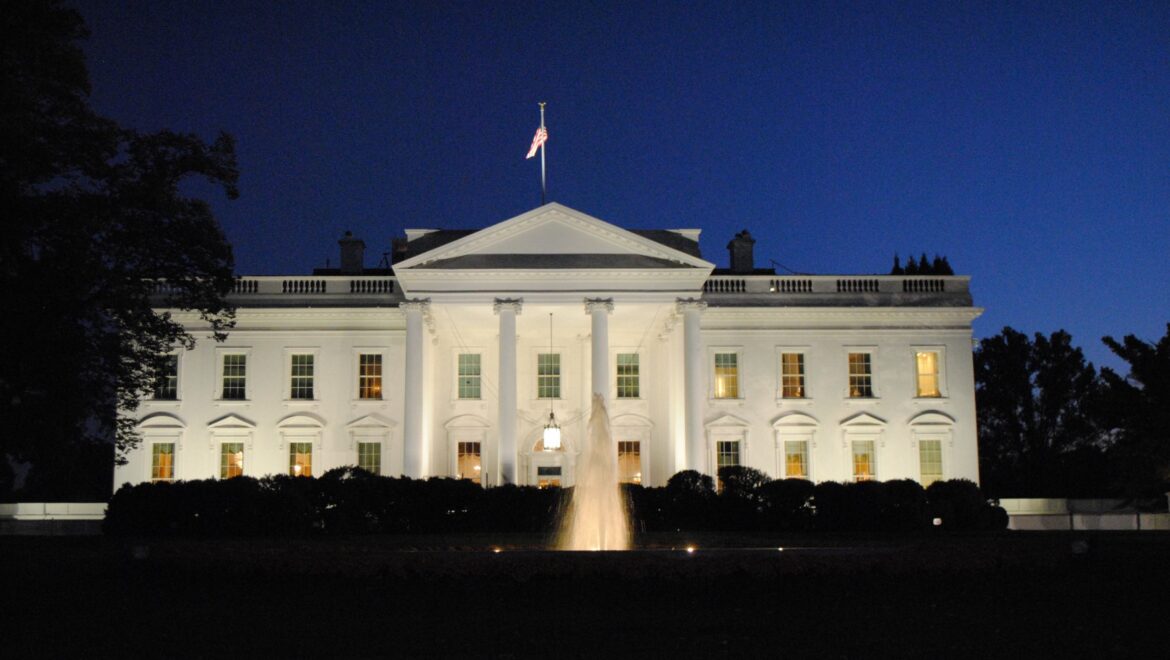 I had the privilege of working on the writing staff for the fourth season of The West Wing, one of the best television shows of all time. It is one of only three shows to win the Emmy for Best Drama Series four years in a row, joining Hill Street Blues and Madmen in achieving that distinction.

Although there were myriad moments that year when I had to pinch myself to make sure I wasn’t dreaming, one of those moments stood out over the rest. It occurred in the darkened office of my boss, Aaron Sorkin, where the entire writing staff had assembled. First, the backstory.

From college to Capitol Hill to downtown D.C.

After graduating from Princeton in 1987 I moved to Washington, D.C., where I worked on Capitol Hill for two congressmen. Two years later I left the Hill to become a lobbyist.

I’d always envied these people who would come in and pitch me on some legislative matter then leave and go on to the next meeting. Then go out to lunch. Maybe head back to the office. Do some more Hill meetings. All this while I was tied down at my desk all day.

It seemed like fun. Not to mention they made at least twice as much money as I did. So I made the jump.

Fun, fun, fun til my soul took the T-Bird away

Turns out I was right. Lobbying was fun. But after several years I realized it was too much fun. Expensive lunches, playing golf with legislative assistants, taking Senate office staffs out for drinks after work. Fun, fun, fun. Oh, and my pay increased tenfold in about four years.

So, what’s not to like? you’re probably asking. Let’s just say that my senses enjoyed this life very much, but you know what didn’t?

As I recounted in this piece, I began thinking of an exit plan from lobbying. One option involved the creative route. I’d always considered myself a creative nut job. I was always the class clown and was even voted Best Sense of Humor in seventh grade, to this day the greatest honor ever bestowed on me!

Two of my closest friends had been working as writers in Hollywood since college. So I wrote a couple screenplays over a few years while running my not-very-labor-intensive lobbying firm.

Things came to a head in the latter half of 2000. The choice was simple: Do I lobby for the rest of my life, make a bunch of money, live in a big house, become a low handicap golfer…and watch my soul slowly disintegrate? Or do I move to Hollywood and start all over, at age 36, with the hope that my inner crazy guy creates drama that moves millions of people?

I chose the latter. And truth be told, the decision wasn’t that difficult. My heart just wasn’t in the DC lobbying world.

So, in December of 2000 I sold my house, packed up my stuff and started driving. South through Virginia, North and South Carolina, then East through Georgia, Alabama, Mississippi, Louisiana, Texas, New Mexico, Arizona and, finally, California. The high(low)light of the trip was watching Al Gore concede the 2000 election on December 13, 2000, from my crummy motel room in beautiful Willcox, Arizona.

I soon found a small apartment near the beach in Santa Monica and got to work. Work? Yes. When you’re a neophyte writer you write. As much as you can.

Writing my fanny off

Write what? Spec scripts of current shows. Translation: You write episodes of shows, back then it was The Practice, ER, The Sopranos and, yes, The West Wing and a few others. That’s how agents and people who hire writers for shows determine whether you can write.

I wrote a West Wing script that caught the eye of a big-time agent at Creative Artists Agency, the fattest of the fat cat agencies in Hollywood. He sloughed me off to his former assistant and newly minted agent, mid-20s Mick Sullivan. [Mid 40s Mick now represents Sean Penn and Anne Hathaway, among other A-list stars. I gave him his start…or so my ego tells me!]

Calling in the big guns

When the writer hiring season rolled around in April of 2002, I shifted into high gear. I had former Senate Majority Leader George Mitchell, my friend and tennis partner of many years, call Sorkin and tell him I knew my way around Washington. Then I had two other good friends who were consultants for the show, Gene Sperling and Frank Luntz, put in a good word.

And I got it! A job on The West Wing writing staff. Not only my favorite show, but the best show on television. It took nearly a year and a half, but I’d landed my dream job. I was beyond ecstatic.

We started the first week of June, 2002. Those first six months, June until December, I racked my brain every day trying to come up with good stories. I pitched a ton of ideas. Some of them made it into the scripts, but nothing earth-shattering.

Fighting it out in The West Wing trenches

It was frustrating. The writers on the staff competed our asses off to convince Aaron that our ideas were the best. By the way, this is how virtually EVERY show on television works: Underlings pitching their bosses ideas, day in and day out, getting some thumbs up and a lot of thumbs down.

In December, I finally got a thumbs up. And not just any old thumb. A big one.

The story I came up with had to do with the threat of genocide in a fictional African country the show had already created in a previous season. I created the same scenario that existed in Rwanda in 1994 when 800,000 innocent people were slaughtered. Bill Clinton says that his inaction in Rwanda was the biggest regret of his presidency.

But President Clinton didn’t learn of the brutality going on in Rwanda until about two weeks in. Many have said that it was too late by then to have saved most of those who were killed.

The twist I added was that President Bartlet (Martin Sheen’s character) received intelligence that a genocide was imminent. In a matter of days. So he could stop it.

But stopping the genocide would require sending American troops into harm’s way. Estimates were that approximately 200 American soldiers would be killed in the mission. A mission that was 100 percent humanitarian; i.e., there was no oil in Kundu or anything of strategic value to the United States.

The relative value of a human life

This set up a fantastic dramatic construct, which was: What is the relative value of an American life versus one in a poor country like Kundu? If 200 Americans die to save 800,000 Kundunese, that’s one American for every 4,000 African lives saved. Is that worth it to us? Would it have to be 10,000 Africans for one American? 100,000?

These were the questions President Bartlet, and only Bartlet, could answer. Which is how I came up with the idea in the first place. Any great dramatic story puts the main character, the protagonist, to the hardest test. I asked myself what the toughest thing was that a U.S. president faces. Answer: Sending American troops into harm’s way. If they die, it’s on you.

Bringing Sperling on board

I brought in my good friend Gene Sperling to help develop the idea before pitching it to Aaron. Gene is a talented guy who was respected by everybody on the staff, most importantly, Aaron.

The wind up and the pitch

The moment of truth arrived one night at The West Wing Christmas party at the Pacific Design Center when Aaron asked us to pitch the idea. He listened for about a minute then said, “Great. Let’s do it.” And that was it. Eureka!

But that’s not THE moment this piece is about. That came about six weeks later. Six weeks of working my ass off on this story for Aaron. I was on the hot seat week after week.

Almost every story we did started and ended in one episode. This Kundu story was the main story in FOUR straight episodes. I don’t think I’ve ever worked so hard.

We finally shot the first of those four episodes and then gathered in Aaron’s office to watch the final cut that was going to air that night. As this was episode thirteen, we’d already done this twelve times. In each of those twelve viewings, we’d turn out the lights and then watch the 44 minute episode. Then the lights would turn on, everybody would say, “Great job, Aaron.” And we’d all get up and get back to work.

Not so with episode thirteen. I won’t recount the whole episode, but the gist is that it set up that things were looking bad in Kundu. The pressure builds for America (Bartlet) to move in and stop the slaughter that is about to happen.

Then the killing starts. The episode ends with Josh (Brad Whitford) and Charlie (Dule Hill who plays Bartlet’s personal aide and is African-American) watching the news as they talk about what America should do.

Then Josh’s face goes white. On the news is real footage from Rwanda showing a dead child on the ground. He can’t bear it. He leans over and turns the television off. And with that, smash to black. End of episode.

All ten of us in Aaron’s office were gobsmacked. Blown away. The room was silent.

Finally, after what seemed like a minute, all Aaron could muster was, “Great job, guys.”

At that, everybody slowly and silently got up and began dispersing. I’ll never forget one of my colleagues, who went on to have a highly successful writing career, coming up to me and saying, “You must be so proud.”

The moment hits me

After leaving Aaron’s office, I hustled down the stairs. Entered my office. Locked the door. And immediately burst into tears.

Why? Think about it. Two years earlier I’d left a secure life in Washington to take a chance on my creative skills.

Now, not only was I working on the best show on television, but I had just created, out of thin air, a story that absolutely blew away everyone on our staff. That was ten people. But that night, roughly 14 million people watched that episode. About the relative value of a human life. Something real, important and dramatic.

And that was it. The most meaningful, impactful, memorable moment from my year working on The West Wing.

So how the hell can this story help you in any way, shape or form?

For inspiration. For fuel.

If you’re in a dead-end career and you’ve always dreamed of opening a flower shop, fricking do it!

Maybe someday you’ll find yourself tearing up after seeing the gaping smile on your customer’s face as she gazes at the breathtakingly beautiful dozen yellow tulips you just handed her.