Want to Nip Negative Thoughts In The Bud? Try This

David Gerken > Meditation > Want to Nip Negative Thoughts In The Bud? Try This 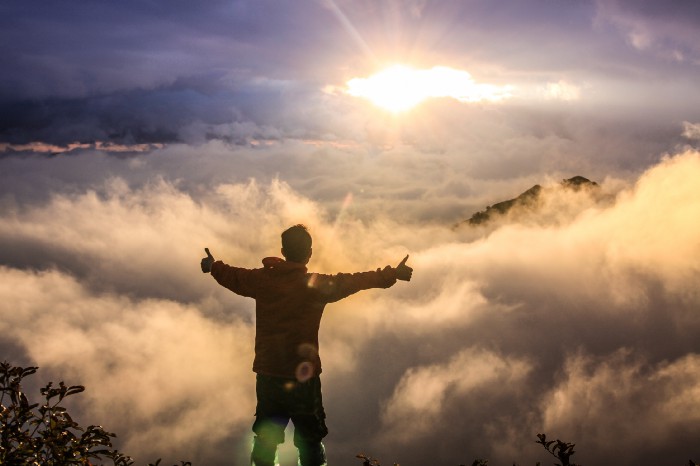 Most of humanity finds itself awash in negative thoughts and emotions much of the time. Everything from the overarching life drama, “I’ll never meet a man,” or “I’ve always been and will always be a loser,” to the more immediate, “X cancelled on me yet again; why am I even friends with this person?” or “If my little Jeremy doesn’t pass his fifth grade math test he’ll be left behind and will be homeless someday.”

Before offering a technique for dealing with these thoughts, I need to give a quick primer on a topic I write about often: the two selves. We’re all comprised of a present, conscious self and an egoic, unconscious self.

The conscious self is who we are in the present moment, which is the only thing that has existed or will ever exist. It’s the real, authentic you.

The egoic self is the one doing the obsessing, worrying and complaining. Unfortunately, it dominates the conscious self in virtually all humans.

Mickey and the lower self

The idea for this piece came from listening to a talk by one of my favorite teachers, Mickey Singer, author of the bestseller The Untethered Soul. In it Mickey refers to the egoic self as the lower self. So instead of egoic vs. conscious selves, he uses lower vs. higher selves. Same meanings, just different words.

But using his words has helped me lately and I think they can help you, too. How?

Well, in talking about the lower self, Mickey posited some of the same types of negative thoughts and emotions arising in most of us. For example, a friend let you down recently and a negative thought about that arises in your mind.

You have a choice

What most people don’t realize, because they aren’t aware that they are two selves, is that they have a choice. They can either let their lower self glom onto that thought and ruminate over it for the next several seconds, minutes or even hours, and thereby suffer the consequent mood effects of swimming around in that vortex of negative guck we all know so well.

They can call on their higher, conscious self to step in and say, “Nope. We’re not going there. Even though I know my lower self will get some sick satisfaction over stewing about this, I choose to be my higher self.” In other words, you nip the negativity in the bud and then move on, with you and your mood the better for it.

I’ll explain how this works with a recent real-life example of my own. Yesterday was Father’s Day. We’d just gotten a Dutch Oven pot and my request of my wife was that I get to work in the morning and also be free of her and the kids in the early afternoon so I could make short ribs in the new pot, something I’d looked forward to. I even went crazy and made mashed potatoes, a perfect side for short ribs.

After buying everything, chopping onions, carrots and celery, browning the meat on the stove and then sticking the pot in the oven for three hours, I met my wife and kids at the nearby pool.

I asked if she had thrown out a big chocolate chip brownie dessert our daughter had made and said she had. I told her I was planning to have that for dessert. And in a put-off way she said, “I guess I could go to the store for some ice cream or something if you want.”

My lower self almost wins

At which point my lower self reared its ugly head and started heading to, “Great. It’s Father’s Day. I’m making the entire dinner and she’s put off by having to do one measly thing.”

Now, in her defense, she had a tiring week at work and was exhausted. Nevertheless, my lower self desperately wanted to pounce.

And here’s where the new technique came into play. It’s simple and centers on using basic imagery.

But I pictured my higher self leaning away from the shark/lower self and saying, “No. I’m not going there.” And I didn’t.

I just said, “No. We don’t need dessert. This will be filling enough.” And reminded myself that my wife was running on fumes and had taken care of the kids all day to boot. Boom. Argument avoided.

The key, obviously, is becoming aware when a negative thought is about to be swallowed by the lower self/shark. For most people, going down the rabbit hole/shark’s gullet of negative rumination happens by rote. But if you can catch it early enough and then set up this visual upper-lower selves scenario, you can nip a ton of negativity in the bud. And that is worth it’s weight in gold.

So try this. Again, it’s simple. Some negative thought arises, you picture your lower self-shark licking its chops and then picture your higher self leaning away and saying, “No. I’m not going there.”

As with anything, the best way to get good at this is to PRACTICE. Just as with playing the piano or golf, the more you practice the better you’ll get at it.